Helen Raleigh
|
Posted: Jun 19, 2016 12:01 AM
Share   Tweet
The opinions expressed by columnists are their own and do not necessarily represent the views of Townhall.com. 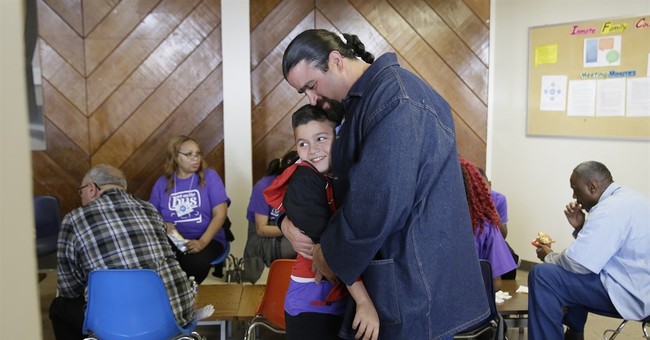 There is aJapanese art form, kintsukuroi, which means repairing broken potteries with gold. Kintsukuroi artists believe that rather than hiding any brokenness, it's better to illuminate any damage with something even more precious and more valuable.  So the once broken pottery can shine with a new found beauty. This art form reminds me of my father. My father was born and raised in China. During China's Cultural Revolution, he was sent to a labor camp to be "reeducated" only because he was a grandson of a landowner.

Years later, my father told me that one of the cruel punishments he received inside the labor camp was to move big piles of bricks from one end of the courtyard to the other.  After he was done, he was ordered to move them back again.  At the end of the day, he felt his back was going to kill him.  Yet he kept his chin up and walked tall.  He never confessed any crime, and neither did he accuse anyone else.

My father spent three years in the labor camp.  After his release, our family life got back to normal.  A couple years later, I became the newest addition to the family.

On a hot summer day, I was waiting for my father to pick me up at the kindergarten.  He never showed up.  Later, I found out that a truck made a sudden turn, crashed into his bike, and ran over his right leg.  He suffered a great deal of blood loss, and there were so many pieces of fractured bones, the doctor told my mother that the only way to save him was to amputate his injured leg.  My mother said no.  She told the doctors that my father was only 37 and he had three young children.  He couldn’t lose his leg.  There must be another way to save him.  Later, my mother was able to find an old Chinese bone-setting doctor who was willing to give it a try.  He prescribed a lot of herbal medicines and, once a week, would give my father acupuncture treatment.

I don’t know whether it was because of my parents’ strong will or the power of herbal medicine or the magic of acupuncture or the combination of all of the above, but my father gradually got better.  Eventually, he was well enough to learn to walk again, but it proved to be a long and painful process.  I watched him go from using two crutches to one crutch, from moving from one side of the bed to the other side of bed and then to the door.  His facial expression and his sweat told me that every step was agonizing, yet I never heard him complain or moan.

It took him two years to be able to walk tall on his own again.

During this long and excruciating recovery period, he not only learned how to walk again, he also taught himself English. His teacher was a dictionary: English to Chinese.  He memorized the dictionary word by word.  Later, when the Chinese government gradually loosened its control on the Chinese people, my father started translating foreign engineering articles into Chinese.  By the time he retired, he had become a renowned expert within the chemical engineering community.

Physically, my father never fully recovered from his injury.  Over the years, he had a dozen more surgeries to remove the remaining bone fragments from his leg.  Despite this, throughout his life, he has been determined not to let that tragic accident cripple him physically or mentally.

Someone once said that “Life is like a game of cards.  The hand that is dealt you represents determinism; the way you play it is free will.”  My father certainly has been dealt some very awful hands in life’s card game.  However, he played them with determination and a strong will.  Eventually, he became a winner against all odds.  Like a kintsukuroi artist, he repaired his life with gold.

My father is the most influential person in my life.  I inherited his love for literature.  I’d like to think that I inherited his good looks, too.  More importantly, his struggles and triumphs have had a profound impact on me.  I learned from him to always tell the truth, to always strive to learn new things, to be persistent and never give up.

My father is in his mid-seventies now.  Most people at his age would stop learning new things and just relax.  My father learned how to use a computer when he turned 70.  He is fascinated by new technological development.  He sends me emails of anything he reads that he believes I should know about.

Happy Father's Day, Dad!. Thank you for everything!