Start 2016 with an Everyday Resolution 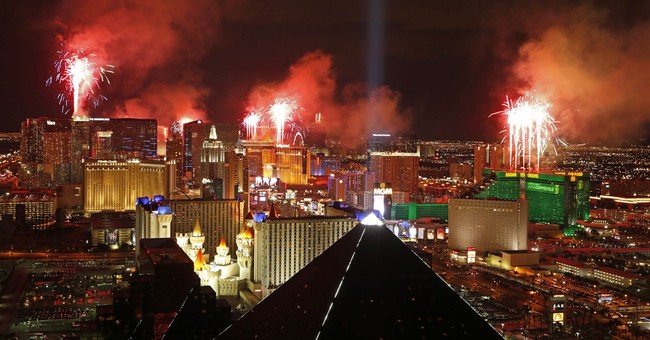 For my last column in 2015, I want to take a break from politics. Politics often make people feel bitter, hopeless and cynical. That's not how I want to feel at the junction of 2015 and 2016. In the last few days, there has been numerous reflections on what went right and what has gone wrong in 2015. Some on a personal scale, some on national and even international matters.But I'm a firm believer that what's done is done. Rather than kick yourself in the pants for 'what if,' it's better to focus on making what's yet to come better.

Come January, millions of people will repeat the annual ritual of "New Year’s resolution" by setting at least one lofty and unattainable goal, only to see it fail by the end of January (some will no doubt fail sooner). Rather than going through this futile exercise each year, how about starting your 2016 with an everyday resolution--something so minor and it will take only a few minutes? This idea of everyday resolution was inspired by a commencementspeech delivered by Naval Adm. William H. McRaven, ninth commander of U.S. Special Operations Command, on May 17, 2014 at the University of Texas, Austin. He told the class of 2014 that when he went through the basic Navy seal training, every morning he and the other trainees were required to make their bed to perfection. Adm. McRaven admitted that he considered this bed making business to be a bit ridiculous at the beginning. But he soon learned the wisdom of this simple task, as he shared with class 2014:

"If you make your bed every morning you will have accomplished the first task of the day. It will give you a small sense of pride, and it will encourage you to do another task and another and another. By the end of the day, that one task completed will have turned into many tasks completed. Making your bed will also reinforce the fact that little things in life matter. If you can't do the little things right, you will never do the big things right.

And, if by chance you have a miserable day, you will come home to a bed that is made — that you made — and a made bed gives you encouragement that tomorrow will be better."

Who would have thought that a simple act of making one's bed could make such a big difference?

So if you want to become healthier and exercise more in 2016, don't go sign up for a gym membership and only show up for the first two weeks. Instead, when you are ready to take a restroom break, walk to the restroom that is furthest away from your desk, or the one on another floor. This simple change probably will add merely 20 steps for each restroom break. But assuming you take 3 restroom breaks a day, you will walk 60 steps more each day than you did in 2015. Suppose you do this for the rest of 2016, 5 days a week for 52 weeks, you will end up walking 15,600 steps or 7.8 miles (approximately 2000 steps equal a mile) for a simple change when taking a restroom break. You'll become healthier than going to the gym every day for two weeks in January and then never seeing the gym again for the rest of the year. It'll be easier on your wallet too. A gym membership is usually around $40 or more per month, while walking a little extra to your restroom is free!

Speaking of your wallet, many people's New Year’s resolutions include saving more money for the future and many give up this goal faster than giving up the gym membership. It's much easier to start your new day with a more attainable goal. If you are used to drinking two cups of Starbucks coffee each day, rather than ordering them in grande (that's Starbucks' code name for medium size), get them in tall (that's Starbucks' code name for small size). The price difference between a tall size vs. grande is probably 50 cents. By cutting the size of the two cups of coffee, you'll save $1 a day. Yes, it doesn't sound like much. But Ben Franklin said, "a dollar saved is a dollar earned." If you do this for the entirety of 2016, you'll have $365 by the end of the year. It won't make you the millionaire next door, but it's a chunk of change you didn't have at the end of 2015.

Don't get too hung up on how many steps and how much money you will end up with in 2016. Try to project what you can or will achieve in a year is too daunting for many people. The key thing is to set incremental goals on a daily basis that is realistic and manageable. If every day you focus on doing one thing to make today a little better than yesterday, you ensure that tomorrow will be better than today and yes, 2016 will be a good year for you!