Mr. President, This is Offensive 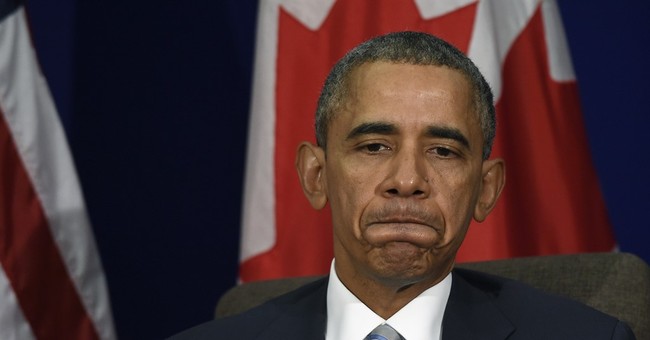 Mr. President, you have been very vocal lately when you're travelling overseas. You used the word "offensive" whenever you criticized and dismissed any domestic dissenting voices. As a tax-payer and a US citizen, I found your words and actions offensive.

Mr. President, it's offensive to call the terrorists' attack in Paris a mere "setback." It's offensive that you ignore Americans’ legitimate concerns about safety. Didn't you learn that at least one of terrorists at Paris posed as a Syrian refugee? Did you know eight Syrians were caught at Texas’ border in Laredo? Six men from Pakistan and Afghanistan were busted for illegally entering Arizona from Mexico? Did you know widows & orphans can be just as deadly if they are so brainwashed that innocent lives mean nothing to them other than stepping stones to a joyful afterlife? Of course you have nothing to fear for you and your family, because you are part of the 1% who enjoy 24x7 protection from the best men in the country, funded by tax-payers like me. But the 99% of us don't have such protection. We're the "soft target." When the bad guys and gals hit, like they did in Paris, it's the ordinary people who will shed blood and have to bury love ones.

Mr. President, it's offensive that you believe we the people, including your critics, lack compassion for other human beings in dire situations. No other country in the World historically has done more for refugees than the United States. Most countries offer one immigration program for refugees. We have two. According to the Department of Homeland Security's 2013 Year book, we admitted 77,395 immigrants on a refugee basis, and 42,235 immigrants on an asylum basis. It's worth noting that these numbers don't include one-off special programs for humanitarian causes. For example, we still hand out immigration visas to immigrants under the Cuban Adjustment Act of 1966; the Nicaraguan Adjustment and Central American Relief Act (NACARA); the Haitian Refugee Immigration Fairness Act (HRIFA); and a special program for the Afghanistan or Iraq nationals who supported the U.S. Armed Forces as translators. Overall, a quarter of our annual immigration visa quota goes to immigrants on humanitarian basis, with no consideration of language skills, work experience or education. Besides our various humanitarian immigration programs, the U.S. is also the largest donor to the United Nations High Commissioner for Refugees (UNHCR). In 2013 alone, the U.S. donated over $1 billion dollars.

Mr. President, did you know that the prolonged war in Syria has created an estimated 11 million refugees? Bringing 10,000 refugee out of 11 million to the U.S. wouldn't make much of a dent in resolving the current refugee crisis. Let's talk about a truly compassionate solution. Many believe the most humane way to help millions of Syrian refugees is to establish safe zones within Syria, along the borders with Turkey and Iraq. A coalition of countries, including the U.S., Europe and Arab countries, could jointly provide funding and security protection.

There are at least three benefits to a safe zone: first, a safe zone can offer a large number of refugees immediate security and allow their humanitarian needs to be met, so they do not have to make a precarious journey to Europe; second, once the conflict in their home country is resolved, repatriation back to their homeland would be much easier due to the short distance; third, for those refugees who still desire to immigrate to another country permanently, the safe zone would be a good place to begin the vetting process. Once the refugees do not face any imminent life/death threat, immigration personnel from other countries can spend less time on what the refugees are running away from, but more on evaluating if the refugees are committed to assimilation, to accepting laws, cultures and values which are different from what they are accustomed to. Questions should be asked if the refugees are determined to build a new life or they are bent on establishing a replica of their old lives in a foreign land. In addition, immigration officers can evaluate if the applicants have any job experience or language skills to successfully transition to a new life on a foreign soil. The vetting process is a key step to ensure a win-win outcome for both the refugees and their hosting countries. A safe zone will afford both sides the place and time that are needed to complete the vetting without putting anyone's life in danger.

Mr. President, why do you and your administration continue to reject the idea of Syrian safe zone? It's offensive that you insist on doubling down on failed strategies and rejecting workable solutions. Mr. President, I can tell you are offended. You seem more energetic when making threats and attacking domestic political opponents than making threats and attacking foreign enemies. Guess what, the American people are offended too.