The Red Guards on American Campus 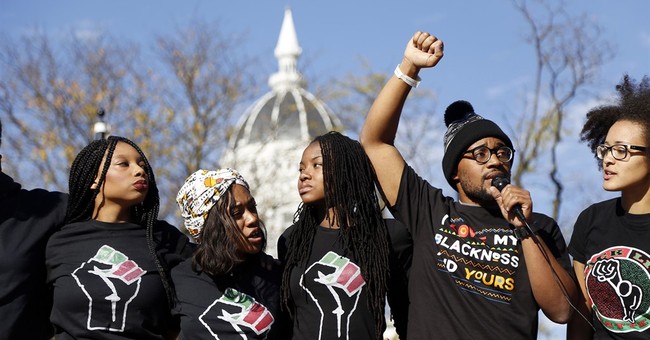 If you never heard of the term "Red Guards," allow me to fill you in. During Chairman Mao's Cultural Revolution movement (1966-1976), many over-zealous Chinese college students began referring to themselves as "Red Guards" of Mao and the Communist ideology. They were an ignorant bunch, but a deadly force with unchecked power. They believed "knowledge is useless," and "exams are harmful," so they went on strike, refusing to take classes. Initially, the Red Guards targeted their aggression at professors and school administrators. Any old grievances and frustrations became excuses to punish people who used to command respect. Professors and school administers were forced to make numerous public self-criticisms about "transgressions" against the only sanctioned orthodoxy. Yet, no one could hear their self-criticism because their voice became inaudible in the mist of Red Guards relentless shouting "A complete confession is the only road to survival. Anything less will lead to death!"

Since no one dared to question the authority of the Red Guards, they quickly took their assaults outside of college campuses. Like mad dogs, they bit whoever presumed to disagree with them. Writers, scientists, artists, and even government officials were publicly paraded, denounced, humiliated and tortured in public. The more the public caved to the Red Guards demands, the more violent they got. The rule of law was suspended, schools, factories, businesses and government agencies were shut down. The Red Guards practically brought the entire country to its knees. In the name of fighting against oppression, the Red Guards became the worst oppressors. After the Red Guards completed Mao's evil bidding, Mao kicked most of them out of cities to remote areas and turned them into forced laborers. Many never lived to see their families again. The Red Guards were the regime's ruthless enforcers but also its victims.

I thought I would never encounter another Red Guard in my lifetime, unfortunately, history tends to repeat itself. Like Mao's Red Guards, some American college students and their supporters are shouting down anyone who dares to disagree with them. Apparently shouting had become insufficient and some "muscle" is needed. These modern Red Guards, demand the college campus to be an inclusive and safe place, but are bent on making sure the campus is an unwelcoming and unsafe place for anyone who doesn't show unconditional support of the students' sanctioned orthodoxy. From Yale to the University of Missouri, college professors and administrators, caved to these students mobs' preposterous demands. Exhibit A is Nicholas Christakis, the Silliman master at the center of Yale's debate over Halloween costumes, his very public self-criticism probably would have won over Maoist Red Guards in China, but failed to gain sympathy from privileged Yale students.

There has been a cultural revolution going on on American college campuses. Like China's Cultural Revolution, what's going on on American college campuses is in fact a cultural destruction: a wholesale destruction of Western intellectual heritage, a complete rejection of the founding principles of this nation, of human freedom, personal responsibility and reason. "Right to pursue happiness" has now become the right to guaranteed happiness and comfort.

John Fletcher Moulton, a British Jurist, once said "the index of civilization was a society’s commitment to practice obedience to the unenforceable”. By that measure, our nation's higher education system is a failure. I have a hard time showing empathy to liberal college professors and administers who are under siege. They have been enforcers of this cultural destruction for many years and they treated their colleagues who have different ideas the same way. These liberal college professors and administers helped create today's Red Guards. It's as if they have been riding a tiger in order to get to where they wanted to be. Now when they arrived, they suddenly realized that they had put themselves in perilous circumstances.

Just like what happened in China merely four decades ago, the cultural destruction won't limit itself to college campuses either. These 21st century Red Guards will get involved in every aspect of our civil society and fundamentally change the nation's political and cultural landscape. A warning to politicians from both parties who take populists approaches - they are so eager to tap into voters' anger and dissatisfaction that they forget they are riding a tiger too. Maybe Karl Marx was right after all, Capitalism would produce its own grave diggers when people who benefit most from it, are bent on destroying it.

For those of us who still have the conviction of the founding principles of this nation, of the power of Capitalism, of law and order, we can't remain silent, because silence is consent. It's time for each one of us, in Ludwig von Mises’s words, “Trust himself vigorously into the intellectual battle. None can stand aside with unconcern; the interests of everyone hang on the result.”