I Almost Never Made To It To This World 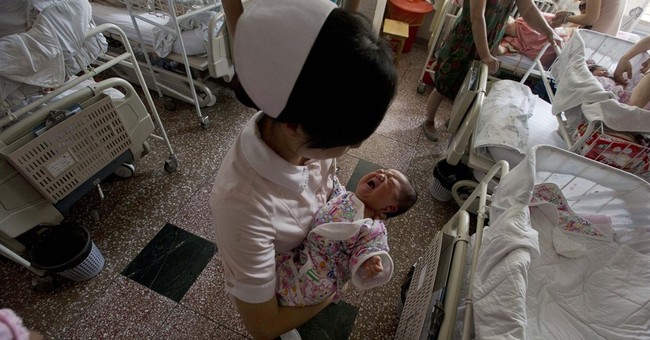 I almost never made it to this world due to China's notorious one-child policy. For thousands of years, China didn't have a population policy. Traditional Chinese culture believes that having many children is a blessing from heaven. Even after Communists took over China in 1949, Chairman Mao continued to encourage Chinese women to have as many babies as possible, because more babies meant more future foot-soldiers for Communist China. Under his rule, China's population grew from 660 million in 1961(after the Chinese famine) to 930 million in 1976. When Mao passed away in 1976, he left China in such economic shambles that China's per capita GDP was merely $162, only slightly better than Bangladesh ($142) but worse than Afghanistan ($200).Chinese leaders believed China's economy couldn't support a population of this size. By 1980, China's population grew to 980 million and Chinese leaders decided to implement the one-child policy in order to curb population growth.

Right before China implemented the one-child policy, my mother discovered that she was pregnant with me. She was a doctor so she knew the one-child policy was coming. Since she had already had two children (my brother and sister), colleagues and supervisors pressured her to get an abortion so she could be a good role model for other women. Years later, my mother told me that she seriously contemplated ending her pregnancy. She didn't care about being a good role model for other women. Rather, she was concerned that life in China was so difficult back then, why bring another child into this misery.

Fortunately, my grandma heard of it. Grandma was farmer and she lived in a village for most of her life. She had very little education so, other than her own name, she couldn't read or write anything. She couldn't be more ordinary, and yet, she had an extraordinary grasp of common sense. In order to save my life, she travelled all the way from the village to the city where my parents lived, first by a donkey cart, then a bus, then a train. She told my mother, no matter how hard life is, a child is a blessing from heaven; a new life brings new hope. My mother decided to keep me.

I owe the gift of life not only to my parents, but also to my grandma. After my grandma passed away in 2003, we finally discovered she was a devoted Christian and had been an active member of an underground church for years. She kept it a secret from most of us because she didn't want us to get into trouble with the government.

From the time the one-child policy was implemented in 1980 till now, only God knows how many babies were forcibly aborted and how many mothers suffered unmentionable agony. Even as recently as 2011 when I last visited China, my friend told me that one of her colleague was eight months pregnant with her second child and was caught by the family-planning enforcers.They dragged her to the local hospital and aborted her child. It was a boy. She took one look at the lifeless fetus and went crazy.

On October 28th, 2015, the Chinese government finally abandoned the one-child policy by telling the Chinese people, "now you can have two kids." The Chinese government didn't make this change out of any benevolence towards its people, but out of cold calculation of statistics: China's working age population is shrinking and there is a huge gender imbalance. All are directly caused by the 35-year old one-child policy. A shrinking work force will further slow down China's economy. A huge gender imbalance and a slowing economy will lead to social unrest. So the Chinese government had to make a policy change. But many demographers have already said, the change had come too little too late.

I suppose two is better than one. This announcement is a giant step for a totalitarian regime, but small progress for Chinese people. No government should have the moral authority to decide on behalf of its people how many children they are allowed to have. For the Americans who embrace socialism and advocate more government intervention in their lives, it is worth remembering "those who forget the past are condemned to repeat it."