Will Obamacare Give You the Same Dignity I Give My Dog? 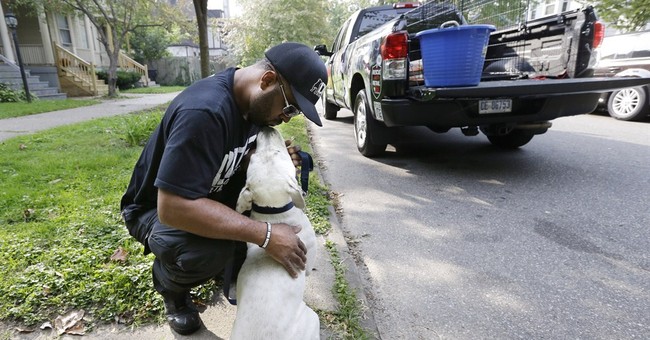 I have a 16 year old shepherd/lab mix named Mocha. Yes, you read that right; she’s 16. Almost unheard of in a dog her size.

I’m certain of her age because I adopted her over 15 years ago, when she was estimated to be ten months old.

Yes, I know she’s in the final stages of her life. She has months at most, and possibly weeks, to live. Her long life is due largely to the cushy life she’s had. Always an indoor dog, and given lots of love and exercise.

Over the last couple of years, as Mocha has aged, I’ve done all kinds of things to make her life more pleasant: I’ve given her Rimadyl twice a day, had a small tumor removed near her rectum that was giving her trouble, and installed a rubber “bar mat” in my shower so she could stand safely and comfortably while I cleaned her up after a “leak”.

(I tried “doggie diapers”, but they are difficult to put on, and you haven’t truly lived until you’ve come home to a “doggie diaper blowout”).

She’s very creaky, but still very alert and happy, wagging when I come home, going up and down stairs, and begging like a pro. She’s deaf, but apparently the nose is the last thing to go. But she’s not “productive” anymore, in the eyes of some. She can’t even go hiking anymore, and she can no longer hear, much less threaten, an intruder. What good is she, they might ask?

I feed her anything she wants, if she’ll eat it. Because of her old teeth, she has gotten expensive canned food for several years, while my other four dogs eat dry. They don’t understand the unfairness, but if Mommy doesn’t want to become homeless, they can’t ALL eat canned food!

I have put waterproof plastic sheets and blankets everywhere she sleeps, because she “leaks” a bit sometimes. I have to wash some of them daily. If she’s sleeping too long in one room, I go and check on her.

I know she won’t live forever, but in the meantime, I’m doing everything I can to make what’s left of her life as pleasant as possible. When the day and time comes, and I feel she’s suffering, I WILL do the right thing for her. But that day is not today.

I am CHOOSING to care for Mocha in this way, because I love her, and because you don’t put a dog down just because their aging is inconvenient. I’m glad I have the CHOICE to alleviate her pain, rearrange my house, and feed her anything she wants.

Obamacare will have a Independent Payment Advisory Board (IBAP), that will make decisions on how to cut costs. Supporters swear its not rationing, but what else could it be? You can only “control costs” by limiting expenditures and ultimately, care.

What if, under Obamacare, we can’t have access to pain meds for our parents like we can for our dogs? Some might resort to using veterinary pain meds for their families. After all, under Obamacare, access will have to be limited, because there’s not enough money to go around, and people who don’t love will consider you “inconvenient” and “no longer productive”, and therefore not worth wasting money on.

Some pet owners would have put my dog Mocha down at the first “leak”, because they “don’t want to deal with that”. What would the IBAP say about the money I spend on Rimadyl, or the GALLONS of Nature’s Miracle I clean my carpet with, or special food I give her? She’s 100 years old, in dog years. She’s lived a good life, and I have other dogs, so why bother?

Fortunately the government has no say in my dog’s life, but wait until your parents get beyond the age of productivity. If Obamacare isn’t stopped, veterinary care, primarily purchased directly by owners, may be the best “healthcare” this nation has to offer.