Heather N. Madden
|
Posted: Jun 20, 2016 12:01 AM
Share   Tweet
The opinions expressed by columnists are their own and do not necessarily represent the views of Townhall.com. 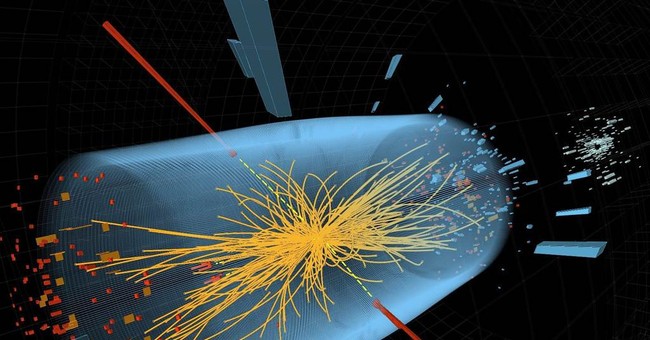 Imagine you’re driving down the interstate, and suddenly, your car comes to a halt. You pick up your cell phone to call a family member for help, but you don’t have service. Then, when you look up, you see that all vehicles are also stopped. It’s 96 degrees out so you decide to walk to the nearest gas station to grab a bottled water only to find that your debit card has been rendered useless.

Believe it or not, this scenario is a very real possibility. EMPs—pulses of electromagnetic energy created by natural or manmade causes, such as a terrorist attack—have the potential to critically damage our electrical grid and catastrophically disrupt communications, transportation, emergency services, and food and water supplies, virtually destroying the world we live in today.

Even worse, lives are at stake. According to Dr. Peter Pry, the executive director of the Task Force on National and Homeland Security, EMPs pose “existential threats that could kill 9 of 10 Americans through starvation, disease, and societal collapse.”

Most presume that such an event must be extremely unlikely—a one-in-a-billion possibility—so we realistically don’t need to worry about it. Yet analyses show that EMP is not an idle threat. Solar activity is cyclical and peaks every 11 years, and historical auroral records show that extreme storms like a Carrington-level event— which could create a power outage for 20 million to 40 million people in the United States for anywhere from 16 days to one to two years—occur roughly every 150 years, suggesting it is almost inevitable that a solar flare event will happen at some point in the future. In fact, there is a 12 percent likelihood of a solar storm powerful enough to impact our lives happening in the next decade.

We also know that a nuclear EMP attack is within the realm of possibility. According to a report from the EMP Commission—a special commission created by Congress to study EMP and to identify ways to mitigate the risk—China and Russia have considered “limited nuclear attack options that, unlike their Cold War plans, employ EMP as the primary or sole means of attack.”

Surely there is no remedy to this potential danger or the federal government would take necessary precautions to protect us against this threat. After all, isn’t that precisely why government exists in the first place, to keep us safe?

The good news is that protective equipment for the civilian grid is available and can be installed in a timely manner. The bad news is that the departments of Homeland Security and Energy have done little so far to protect us against this very real danger.

The EMP Commission also offered 100 steps that policymakers could take to prepare our infrastructure so we can better weather an EMP. Yet as Joe Colangelo, a former Navy officer, recounts in a recent article for the Wall Street Journal, little action has been taken:

“In April, the Government Accountability Office released an alarming account of the bureaucratic dysfunction obstructing EMP mitigation. The GAO determined that although divisions within Homeland Security have been assigned specific tasks, departmental leaders have failed to ensure that this work is carried out. The two departments have not even identified the elements of the electrical infrastructure that most need protecting. Nor have the agencies coordinated strategies to address risks associated with EMPs, including research and development of equipment designed to mitigate damage.”

Agency heads have explained that they are doing another study—but it won’t be ready until 2017. That means that more than nine years will have passed from the original EMP commissions report and this follow-up study….and America still won’t be any safer from the potentially devastating impact of an EMP.

Certainly the complexity of EMPs contributes to this inactivity, but clearly lawmakers should do better and be focused on finding a way to cut through the bureaucratic red tape and take positive action. Given all the money spent—and often wasted—by the federal government, it’s all but unforgivable that these needed investments haven’t been made to protect American citizens. The public should be outraged and ask that Washington, for once, do its job and make getting prepared for this kind of catastrophe a priority.