PRO Act Is Anything But Pro-Worker

Heather Greenaway
|
Posted: Jun 26, 2019 12:00 AM
Share   Tweet
The opinions expressed by columnists are their own and do not necessarily represent the views of Townhall.com. 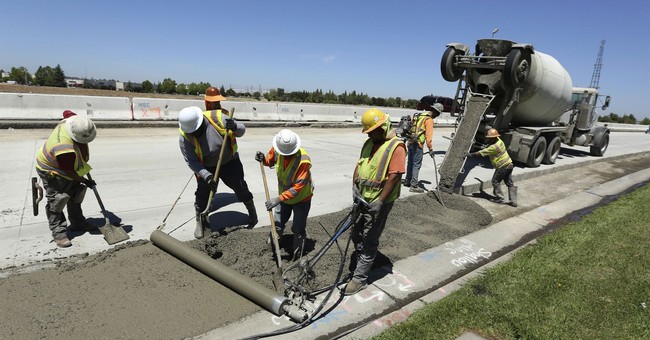 Legislation recently introduced in Congress would make radical changes to U.S. labor law, tilting the scales dramatically in favor of Big Labor. The woefully misguided “Protecting the Right to Organize Act” (PRO Act, for short) is remarkably similar to and even surpasses previous attempts to game the system in favor of organized labor that congressional Democrats have made in years past. Just as with these previous attempts, this bill should be soundly rejected.

That is why the Coalition for a Democratic Workplace (CDW)—a broad-based coalition of hundreds of industry associations and organizations representing hundreds of thousands of employers and millions of employees across a range of economic sectors—recently came out against this bill, calling on legislators to reject this attempt to hijack American labor law. The Workforce Fairness Institute echoes these concerns and seconds the CDW’s call to reject this anti-worker legislation.

To date, the PRO Act represents the most blatant attack on established labor law.

If enacted, it would make significant changes to the National Labor Relations Act (NLRA) and other laws that would undermine worker freedom and threaten worker privacy when deciding whether to unionize, while also hurting businesses and threatening entire industries and sectors that keep America’s economy thriving.

Big Labor and their allies in Congress made clear their intentions to roll back decades of established legal precedent in order to advance their unionization-at-any-cost agenda for years. With greater support in the House after the 2018 midterm elections, the timing of this bill comes as no shock to anyone who’s been paying attention. However, the fact remains that just as with EFCA, the PRO Act is nothing more than an attempt to boost flailing union membership, which has been sinking for a generation. The PRO Act is all-too-reminiscent of the previously defeated Employee Free Choice Act (EFCA), which also sought to rewrite U.S. labor law, on steroids.

Like EFCA, the PRO Act would insert a government-appointed bureaucrat to act as the sole arbitrator in union contract negotiations. This person could have zero business experience or knowledge of the industry in which he or she is making such important decisions. Whatever this arbitrator decides would be set in stone, regardless of the terms or practicality. This type of binding arbitration, as the CDW notes, has been disastrous for the public sector. It has been blamed for causing multiple municipal bankruptcies as well as for fueling the public sector pension crisis. The impact on the private sector would be even worse as it could simply force private employers out of business entirely, putting Americans out of work, hurting working class families, and jeopardizing our entire economy.

Another key change the PRO Act would make that essentially makes this bill EFCA 2.0 would be to strip away worker privacy by removing the all-important right to a secret ballot when determining whether or not to unionize. Secret ballots have long been a fundamental part of our democracy, and yet the PRO Act would give union organizers and the government greater power to nullify the results of a secret ballot if unionization is rejected and impose unionization anyway.

The PRO Act justifies this blatant disregard of the will of workers by making this government-imposed unionization dependent on the fact that, at some point in the past, a group of workers signed union authorization cards. Known as “card check,” this concept was a fundamental part of EFCA and has therefore already been rejected by Congress. Allowing union organizers to distribute and collect cards in full view of other employees is a process that invites coercion, intimidation, and harassment, violating a worker’s right to privacy and giving an unfair advantage to Big Labor.

The PRO Act would also require employers to provide employee contact information to union organizers without needing employees’ prior consent or approval. There would be no way for employees to opt out of this requirement, once again exposing them and their families to potential harassment and strong-arm tactics to compel them to agree to unionization. Perhaps most egregious of its provisions, this legislation would also repeal and eliminate right-to-work laws that have been adopted in 27 states, forcing workers to pay for union activities regardless of whether they support them or previously opted out.

With the gig economy booming, the PRO Act also takes aim at this emerging workforce and their rights. A provision in the legislation known as the “ABC test” would significantly reduce the options available to part-time workers to operate as independent contractors, eliminating opportunities for gig workers and threatening their independence and flexibility. The same thing is already happening on a smaller scale in California with Gig Workers Rising, a Big Labor-backed effort to reverse declining union membership by changing the laws regarding what work can classify under independent contracting.

These are just a few of the ways in which the PRO Act seeks to upend decades of established U.S. labor law in favor of union organizers. A full account of the bill’s anti-worker and anti-business provisions would be too long list here. The House of Representatives should reject this blatant attempt to hijack U.S. labor law and continue to protect workers’ fundamental rights.