Harry R. Jackson, Jr.
|
Posted: Dec 21, 2016 12:01 AM
Share   Tweet
The opinions expressed by columnists are their own and do not necessarily represent the views of Townhall.com. 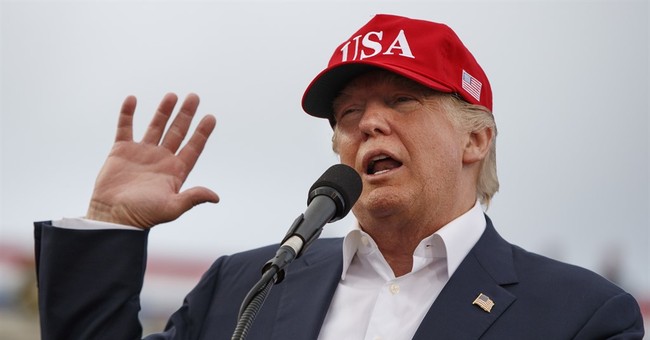 In late October of this year, then candidate Trump gave a speech in Gettysburg, Pennsylvania, in which he outlined his plan for his first 100 days in office. It included three major areas of focus: cleaning up corruption in Washington, job creation and what many called a “law and order” agenda. The speech was reported on and then largely forgotten.

So what should black Americans be looking for in the first 100 days of a Trump presidency? I believe we should press for three major priorities, which are very compatible with what Trump has already put forth: a growing economy that creates jobs, education choice for all families, and criminal justice reform.

It is absolutely vital that we look for jobs to be created by a growing economy, not just by insisting that individual corporations keep jobs in America or by diverting tax payer money into massive infrastructure spending. A potential problem with these strategies is that the initial boost from the jobs created or “saved” is quite modest while the long term drain on the productive part of the economy is large.

I believe that Mr. Trump will not repeat President Obama’s mistake in this arena. We all understand that spending $1 million to create 5 jobs that pay $50,000 is not a good deal. But somehow the “cost-per-job” factor gets lost as the numbers get larger. In fact in May 2012, the Congressional Budget Office estimated that Obama’s stimulus package—a job creation strategy similar to the current infrastructure spending proposal—may have cost up to $4.1 million per job.

Much more promising for overall economic health is the regulatory reform that Trump has also expressed support for. Regulations—including many associated with the Affordable Care Act—create huge barriers both to beginning new businesses and expanding existing ones. Over the past several years, thousands of new rules have been placed on businesses, hampering growth and costing (according to a Competitive Enterprise Institute estimate) nearly $2 trillion a year. Removing these would boost both productivity and employment.

Black Americans should also watch Trump’s first 100 days for a commitment to school choice. The selection of Betsy DeVos—a longtime school choice advocate—for Secretary of Education is an encouraging one, who opponents wasted no time criticizing. Critics typically recycle two tired arguments against allowing poorer parents the right to choose where their children are educated. The first is that school choice pulls money away from public schools. It does not. This accusation is at odds with actual public data that demonstrates per-pupil spending in public schools increases after school choice programs are implemented. (For example, per-pupil spending in Milwaukee public schools rose 58 percent in the years following the implementation of its voucher program.)

The second criticism is that most children will attend public schools, so all attention and energy must be focused on improving those schools. This argument ignores the fact that sometimes competition is the best incentive to make difficult reforms such as firing ineffective teachers and offering effective teachers the administrative support they need to do their jobs. During the campaign, Trump expressed support for vouchers and charter schools that provide life-changing alternatives for many black students trapped in chaotic, failing schools. African Americans should also encourage Trump to make good on his promises by taking concrete action.

Although much of the press interpreted the selection of Jeff Sessions as Attorney General to be the death of any meaningful criminal justice reform, I think this is the best opportunity for President-elect Trump to shock some of his most vocal critics. The 115th Congress could easily choose to pass a version of the sentencing reform bill, which enjoyed widespread bipartisan support, but died in the Senate this year. If President Trump chose to sign it into law, it would send a powerful message that his administration can rise above petty politics and reduce the number of non-violent offenders in our already over-crowded prisons.

Although some see sentencing reform as opposed to Trump’s law and order platform, it actually enables law enforcement to focus on violent criminals, keeping everyone safer in the long run. While there are many complex challenges facing the country, progress in these three areas will go a long way toward improving the lives of blacks and ultimately all Americans. I am praying that Mr. Trump will continue to see the big picture and boldly take steps to help and heal the land.