Is The GOP Racist?

Harry R. Jackson, Jr.
|
Posted: Mar 04, 2016 12:01 AM
Share   Tweet
The opinions expressed by columnists are their own and do not necessarily represent the views of Townhall.com. 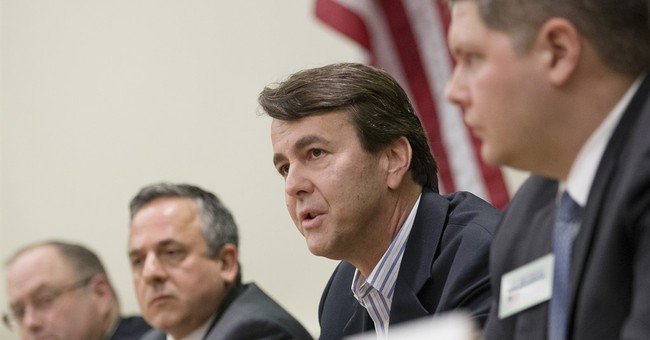 I really don’t believe so, but I understand where this negative labeling comes from. As we approach the winner take all phase of the presidential primaries, the question of how to fix the race and class conundrum of our nation still looms ahead of us. The most recent furor about whether or not Donald Trump has renounced the KKK is a symptom of a bigger problem. No answer or intonation would have been good enough. Arguments like these can never be decisively won. Conservatives should not be surprised that age old accusations are resurfacing. As an African American, I am tired of liberal media outlets attempting to scare off minority voters based on name calling.

The question of how to fix the race and class conundrum of our nation still looms ahead of us as a national challenge. We understand that all conservatives have been labeled as elite, snobbish, racist, and misogynist. And if the GOP is going to be successful in this election cycle, all its candidates have to become more comfortable in discussing race. We must boldly explain that conservatives adhere to transcendent values that will ultimately help everyone.

In this very attitude and spirit, three weeks ago (Feb11, 2016) The Reconciled Church Initiative was the primary convener of a historic presidential candidate forum at Winthrop University in Rock Hill, South Carolina. The event was called the Carolina Values Summit. For the first time, urban America problems were included in a faith oriented discussion with conservative candidates.

All the presidential campaigns that we spoke with grasped the idea that America is changing. They also grasped the fact that people of all races are interested in urban matters and safety in our inner cities. We were encouraged that 2,200 tickets were reserved or purchased for the event and the audience ended up being 80% white.

Let me give you just a sampling of the questions that were asked at the summit and the responses of the presidential candidates. David Brody of the Christian Broadcasting Network (CBN) asked the candidates the following question concerning religious liberty.

“What is your plan to stop the blatant assault on religious freedom in the market place? The erosion of one’s constitutional right – especially one as fundamental as religious liberty and the freedom of speech may serve as precedent for the erosion of other rights to the detriment of all Americans?”

Another set of questions given the candidates centered around education. One of the salient questions sent to the candidates was as follows: “Our educational management, educational culture, discipline, and cost verses outcomes are four major problems with our nation’s educational system. What will your administration do to overhaul the way education is delivered in America?”

Brody and our research team went far beyond simply offering school choice and vouchers as possible solutions to our educational dilemma. They also asked how would your administration deliver greater educational options to kids? In addition, our team made this declaration to the candidates: “Common Core needs to be repealed; wealthier parents are already hiring tutors for their children to compensate for weaknesses/gaps in common core. CC will only widen the education gap not close it.”

Another area of major concern for our audience was criminal justice reform. Historically politicians were painted as being weak on crime, if they didn’t fully support tough mandatory minimum sentencing in all cases. This is one of the skeletons in Bill Clinton’s closet. With that said, what is your plan to reform some of the obvious sentencing injustices within the system?

Secondly, our research team reminded the campaigns that Senator Rand Paul & Cory Booker introduced the Record Expungement Designed to Enhance Employment Act of 2015 or the REDEEM Act.  Would your administration support the Expungement of records for non-violent juveniles and incentivize states to act in similar fashion?

The third question in the criminal justice area was about judges. They felt that our Judges have their hands tied by antiquated sentencing laws. Therefore, they posed this question, “Would you be in favor of increased judicial discretion allowing judges to make commonsense
determinations about appropriate punishment?”

It is important for all Republicans to understand that the charge of being elite and racist will be levied on whoever becomes the party’s nominee. Conservatives need to produce people who will testify of their candidate’s fairness and faithfulness. We must also creative conservative messaging that will help every day endless debates or discussions will prove nothing. In closing, let me quote the words of Sun Tsu, “He who knows when he can fight and when he cannot, will be victorious.”

Let’s fight to change our message and our image as conservatives!