Hillary, “The Natives Are Getting Restless!”

Harry R. Jackson, Jr.
|
Posted: Mar 01, 2016 12:30 PM
Share   Tweet
The opinions expressed by columnists are their own and do not necessarily represent the views of Townhall.com. 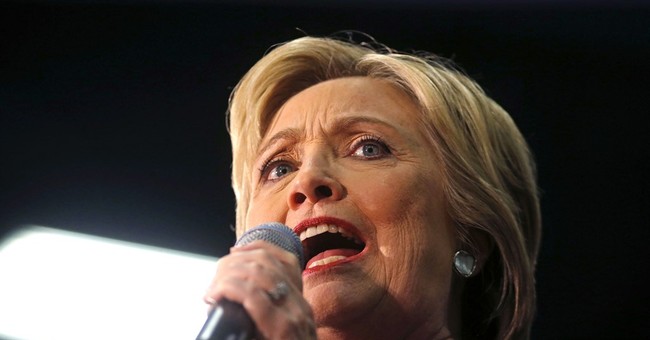 Don’t let Hillary Clinton’s victory in South Carolina and on Super Tuesday fool you. Her support from the black community has been strong in the primary race so far. Nonetheless, this community’s current loyalty is based on an outdated ideological model. The politics of grievance alone will no longer work. She is simply a more substantive candidate than Senator Bernie Sanders.

Unlike her husband—famously dubbed the “first black president” by novelist Toni Morrison, Secretary Clinton does not appear to have the monolithic black support that Democratic frontrunners often take for granted. A surprising number of high profile black leaders have jumped off the Hillary bus including noted academic Dr. Cornel West, Atlantic writer Ta-Nehisi Coates and Ohio State professor Michelle Alexander. Professor Alexander, author of “The New Jim Crow: Mass Incarceration in the Age of Colorblindness,” explained the growing frustration that many black intellectuals feel with “establishment” Democrats. Writing in the Nation, she described the ritual of courting the black vote as “a pursuit that typically begins and ends with Democratic politicians making black people feel liked and taken seriously. Doing something concrete to improve the conditions under which most black people live is generally not required.”

It is the politics of grievance instead of the politics of reform or empowerment. So it is not terribly surprising that Clinton rushed to meet with high profile black leaders—including Al Sharpton, as she approached the South Carolina primary. Representative John Lewis, Geneva Reed-Veal (mother of Sandra Bland, who died under suspicious circumstances in a Texas jail) and former Attorney General Eric Holder are among the prominent black figures who have publicly expressed support for Secretary Clinton.

For decades, leaders of the historic Civil Rights Movement have traded on the moral authority won in that fight, and they have typically supported establishment Democrats. Yet some are beginning to question what they have received in return for the loyalty offered by these candidates election after election. Although President Obama remains personally popular among blacks, leaders like Tavis Smiley have increasingly complained that they have fared worse under his presidency. Smiley noted that from 2009 to 2014 the black poverty rate rose, black income fell nine times as far as it did for whites, and that the wealth gap with white Americans increased.

There is a unique kind of “buyer’s remorse” that has been experienced recently among blacks and it has the potential to reach Hispanics as well. So what will actually improve the lives of minorities in 2016? What kinds of policies should the next president enact to see these trends reversed? Clinton’s promises actually include multitudes of new programs intended to do many things blacks have heard before: create jobs, increase affordable housing and protect voting rights. Democratic mayors have literally controlled the inner cities of our country for several decades but the fruit of their labors is the urban violence of Chicago, Baltimore, St. Louis and Washington, D.C.

To add insult to injury, Senator Sanders believes 18 to 30 trillion dollars of new federal spending proposed on his website will do the trick. But virtually all economists agree that such grandiose programs would require far more to fund than the substantial income tax hike on top earners that the Vermont Senator has proposed.

We need a president who can lead effectively on racial issues, but I also believe that many of the answers for improving the lives of the poor and minorities, calming racial tensions and ultimately healing the growing rifts in our society lie within our families, our schools, and our institutions of faith. The policies that will encourage this kind of healing are not necessarily overtly connected to race.

Expanded school choice and locally-led education reform are desperately needed to give lower income and minority students the opportunity to join the middle class. We must also continue to fight for criminal justice reform to prevent another generation of black and brown young men from being locked away from their families and the job market. And we must encourage community leaders to continue to bridge gaps between groups of people that have struggled to get along in the past. Safety, harmony, and economic stability must become a home grown urban commodity. We must remove constraints to urban job creation through minority and small businesses.

I hope the next president, rather than repeating the same old promises, will take real steps to reengineer the institutions that can actually make those promises come true.

Finally, Democrats will accuse conservatives of racism at every opportunity. As a conservative, I want to encourage every Republican candidate to pursue the black, white, and brown vote. Let’s give urban dwellers a little Tender Loving Care (TLC), a clear message, and a few dollars spent in the hood. It will pay off!