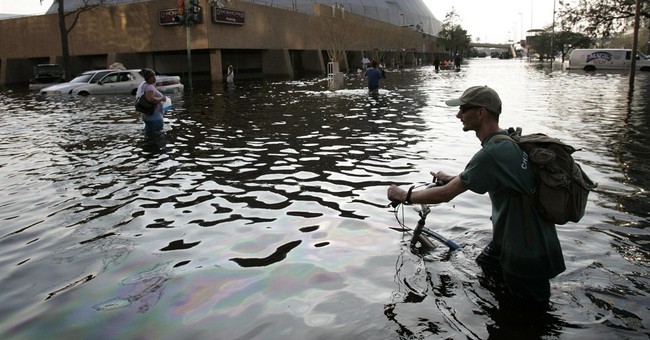 Ten years ago, Hurricane Katrina devastated the Gulf Coast, causing over $100 billion in property damage. The category 5 storm also took over 1400 lives, making it one of the five deadliest in American history. New Orleans was hit particularly hard when approximately 80 percent of the city flooded after the levees failed to contain surging water levels. Among the countless buildings swept away or ruined were all but a handful of the city’s public schools.

The unimaginable tragedy of Katrina presented a unique opportunity to those tasked with rebuilding its educational system. Prior to the storm, New Orleans’ public schools were among the worst in the country. They comprised the second worst school district in the state of Louisiana, itself ranked 49th in the nation. Overwhelmingly poor and black, its students lagged far behind their wealthier peers in the rest of the state.

Following the storm, the state legislature voted to place 102 of the 117 New Orleans schools in the Recovery School District (RSD), which ultimately became a system of public charters. Instead of traditional public schools were students are assigned based on their street address, parents had a choice of where to enroll their children. The charters were publicly funded so they could not deny anyone admission. But they were also held accountable for the performance of their students.

Controversy over the new approach came almost immediately when thousands of former New Orleans school teachers were not rehired by the charter system. Instead, the schools hired new teachers, many from outside Louisiana including thousands of Teach for America recruits. TFA was founded 20 years ago to encourage bright, energetic college graduates to teach—for at least a couple of years—in underperforming urban schools.

So what happened when New Orleans jettisoned the age-old neighborhood school model and offered parents a choice? In 2007, just 23 percent of New Orleans eighth graders in the RSD scored at or above grade level. In 2014, it was 58 percent, more than double in just 7 years. Graduation rates in New Orleans now exceed the state average, and college enrollment from the RSD schools rose 24 percent last year. The success of the New Orleans public charter system captured the attention of President Obama’s Education Secretary Arne Duncan, who famously called Hurricane Katrina “the best thing that happened to the education system in New Orleans.”

Unfortunately, some have rushed to try to discredit these remarkable gains. Critics have accused the charter schools of using stricter discipline standards to get rid of students with behavior or learning problems, but the city’s suspension rate is actually lower than it was before Katrina. They also point out that students in the RSD averaged only a 16.4 composite score on the ACT. This is indeed too low to attend a competitive college, but the pre-Katrina average for the same schools was 14.4, so they still demonstrated a full two point improvement.

But perhaps the most persistent criticism has been over the racial composition of the new teaching force. As the New Orleans Times-Picayune reported:

“About 49 percent of the teachers in the system last year [2014] were black, instructing a student body that was 85 percent African-American. The teaching workforce was 71 percent African-American before the storm. They were replaced, largely, by white and inexperienced teachers… A decade after the initial layoffs and displacement, the worry is whether students have enough role models who look like them, or teachers who have a gut understanding of their students' experiences.”

“White and experienced” undoubtedly refers to the TFA recruits. TFA has long been criticized for recruiting white elites who are ill-equipped to handle the discipline issues they are likely to face. But in fact, more than a quarter of TFA recruits are “people of color,” compared to about 18 percent of traditionally trained teachers.

The complaint that TFA teachers are young and inexperienced is valid: most are fresh out of college and receive only a few weeks of training rather than the years required to get a traditional teaching certification. However, multiple studies have shown that TFA recruits perform the same or better than traditional teachers with far more training and experience, and there can be little doubt about their performance in New Orleans.

A 2012 study by Harvard University (Chetty, Freidman, Rockoff) revealed that replacing a bad teacher with a good one, or even just an average performing teacher, translated into a huge gain in learning potential in the student as an adult. Teachers’ ability to teach effectively is in fact more important than whether they share the same racial background as their students.

Turning around a failing school—let along an entire district—will never be an easy or painless task. But the most important lesson from New Orleans is that there is hope for even the worst performing schools.