Why I Rejoiced When The Flag Came Down! 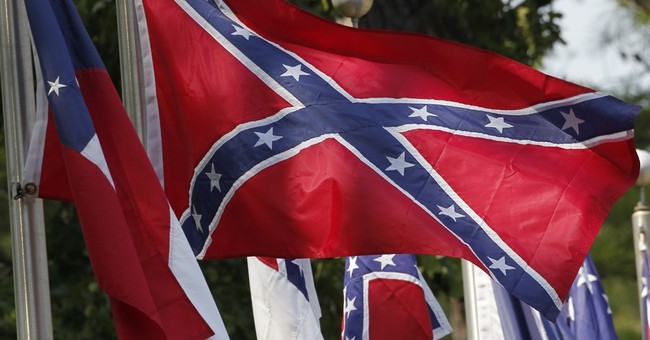 The South Carolina decision to remove the Confederate Flag from the State House was an important and timely decision. It was right to do in memory of Pastor Clementa Pinckney and his denomination’s struggle against racism. It was right to do because of the insensitivity it would have shown to the families of the other eight victims murdered in the massacre. But it goes beyond respect for the lives of the victims.

The South Carolina legislature stated that they were not going to live in the past. The removal of the flag ends the state’s warfare with several civil rights legacy groups - like the NAACP. In matters of this magnitude, symbolism means a great deal. Therefore, South Carolina (as a state) has symbolically declared, “People have tried to force us to take this flag down and to accept the Civil Rights movement and other advances in race relations, but today we lay down our first amendment rights and voluntarily enter into a new celebration of unity and human dignity in our state.”

To the extent that my summation is true. This could mark the beginning of a new spirit of unity and the beginning of racial healing in the place where the first shots were fired in the Civil War over 150 years ago. The outpouring of love which began right after the nine murders was a manifestation of the strength of the American Spirit.

The AME Church modeled dignity and the power of forgiveness in a historic manner during the funeral of Rev. Pinckney. They demonstrated why the Christian community and clergy led the way in the civil right era 50 years ago. They will lead it in this season as well. Our race issues will not be solved by the politicians, businesses, churches, or community groups by themselves. The church and the healing power of the gospel will take us to a new dimension of personal, corporate, and community transformation. Our nation has made great strides in the area of race relations and basic civil rights because of the power of the gospel.

Our national wounds are deep and we must ask ourselves the question, “What are our next steps? How can we take the healing to another level?”

When President Obama remarked that racism “is in our DNA” in an interview a few days after the massacre in Charleston, he obviously wanted to “force” the nation to discuss our problems around the water cooler, the coffee table and the dinner table. I cannot justify the use of that dreaded “N” word, though. Neither am I saying this conversation starter was the best approach. Random discussion without clear strategy will not take us anywhere.

What was missing from that interview and his eulogy a few days later was a unifying call to action that would rise above the political frey. The president’s presence at Rev. Pinckney’s funeral was historic and very significant for all Americans, especially blacks. What was missing though was a brief statement from someone declaring that they wanted to celebrate black life, while not attempting to blame this generation of whites.

From as far back as the post-revolutionary days, White abolitionists joined with blacks to end slavery. Predominately white states like Maine offered as many as a tenth of their sons on civil war battle fields to end the cruelty of chattel slavery. The NAACP was begun because white Christians and Jews bank rolled the efforts and fought to end the dreaded problem of lynching in 1909. At the Edmund Pettus Bridge in Selma, blacks and whites walked together. And now in Charleston, a multi-racial group sounded a death bell to hatred.

In this season in which it looks like black and white churches are being burned down, and in some cases it seems that these fires were arson, all Americans must see that healing our nations racial tensions is everyone’s Christian duty. Now is not the time to blame our fellow victims of the trauma who happen to be white, brown, or asian. Now is the time to build bridges, partnerships, and coalitions. My prayer for America is that she will once again bend her knee to a Sovereign God and cry out to be an instrument of His mercy and love. And I can hear the voice of Martin Luther King ringing in my inner ear saying, “I have a dream!”