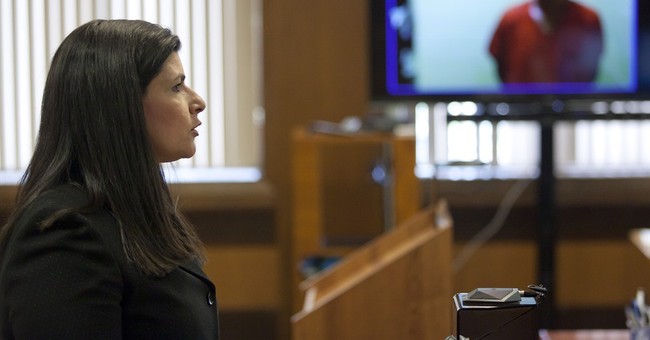 In my first article, I declared that 2015 summer riots are inevitable unless prayer moves the hand of God. We also concluded that criminal justice reform is one of the bridges to peace that we must focus on in 2015. We will only have long term peace in urban America when a renewed sense of justice is restored to our communities. With all of that in mind, think about this.

The ancient Babylonian Code of Hammurabi was 282 laws carved in stone. Dating back to around 1750 BC, it is one of the oldest examples of written law in history. Yet few of us today would call it just. Why? Brutal punishments were sometimes prescribed for relatively minor infractions. A son who hit his father, for example, would have his hand cut off. Punishment also varied according to social class and gender. Upper class men might only face a fine for a crime that would cost a lower class man his life.

Deeply ingrained in our sense of justice and in our constitution is the idea that the law should treat people equally and that any punishment should fit the crime in question. But what happens when disproportionate punishments are handed out by the state on a society wide basis?

In 2004, Weldon Angelos was sentenced to 55 years in prison for selling $350 worth of marijuana, allegedly while possessing a firearm. The 24 year old Angelos had no prior criminal record. Because it is a federal case, he is not eligible for parole. In 2009, Jessica Michelle Butterworth, a 21 year old West Virginia woman, pled guilty to marijuana possession with intent to distribute and was sterilized by tubal ligation as part of her probation.

The growing problem of disproportionate punishment extends to those who did not even know they were breaking the law. The Wall Street Journal reported on the case of engineer Lawrence Lewis, by all accounts a law-abiding citizen in Washington, DC, who worked for Knollwood, a military retirement home:

“In 2007, Mr. Lewis and his staff diverted a backed-up sewage system into an outside storm drain—one they long believed was connected to the city's sewage-treatment system—to prevent flooding in an area where the sickest residents lived. In fact, the storm drain emptied into a creek that ultimately reaches the Potomac River. Eight months later, Mr. Lewis pleaded guilty in federal court to violating the Clean Water Act. He was given one year's probation and placed under court-ordered supervision.”

Although Lewis had been told to handle the problem this way by his superiors, he was advised by his attorneys to plead guilty because of the potential for extended jail time. Unfortunately, Lewis now carries the label “convicted felon.” Sometimes authorities are using criminal law just to make a point. Just this spring, at the request of the school superintendent, police in Mississippi issued arrest warrants for four attendants at the Senatobia High School graduation ceremony for cheering too loudly. The four individuals face possible jail time and a $500 bond.

In his book over criminalization: The Limits of the Criminal Law, Douglas Husak explains some of the major causes of these current breaches of justice in the United States. These include labeling morally innocuous acts as criminal offenses, overzealous prosecution, over-charging during criminal proceedings and the conceptual disconnect in law schools between the theoretical purpose of various laws and their practical effects.

We intuitively understand that there is a moral difference between parking illegally and stealing someone’s purse. Legally speaking, the second action is distinguished by criminal intent. Over-zealous prosecution has a variety of causes. Unfortunately, many prosecutors have plenty of incentives to punish crimes harshly and few to be constrained. As Leon Neyfakh pointed out in Slate:

“When a local prosecutor sends a convicted felon to prison, the cost of keeping him locked up—an average of $31,286 per year—is paid for entirely by the state, not the county where the prosecutor holds office. The problem with this setup, some argue, is that prosecutors end up enjoying a ‘correctional free lunch,’ meaning they can be extremely aggressive in their charging decisions without having to worry about how much it will cost the local taxpayers who elected them. If prosecutors were forced to take the cost of incarceration into account, the theory goes, there might not be 1.36 million people in America’s state prisons.”

To avoid urban riots this summer we need three things urgently: 1.) Regional prayer gatherings that make an appeal to heaven for justice and divine intervention 2.) Summer jobs for urban youth 3.) Grass roots leaders need to come together and create local strategies to make their communities safer.