Three Days in the Holy Land 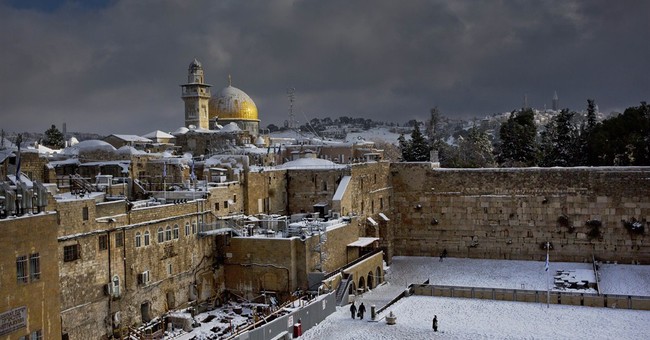 Early in August, I flew from New York to Tel Aviv. I was a part of a faith oriented solidarity trip, with Christians United for Israel, focused on supporting Israel from a prayer and public policy perspective. In my mind this was a humanitarian trip – it was made up of a diverse group of 51 ministers representing all 50 states plus Washington, DC. We prayed earnestly for the peace of Jerusalem and Israel. Of special concern to everyone was the protection of women and children of all faiths and ethnicities.

The three day trip to Israel was worth every moment we invested. We got a chance to talk with Israeli citizens who were practicing Christians, Jews, and Muslims. We were also allowed to view regions targeted by rockets, conflict zones, and selected sacred sites.

The most surprising bit of information we gathered was that nearly one out of every five Israelis is of Arab descent. Nowhere was this diversity more evident to us than in Jerusalem. Arabs and other minorities live with the full rights of citizenship in Israel, unlike Muslim controlled lands surrounding them - where religious freedom is almost non- existent.

Three questions flooded my mind during the eleven hour non-stop flight to the Holy Land of Christians, Muslims, and Jews.

How we got to this point

The old adage correctly says, “Timing is everything!” In my opinion the best way to trace the origins of the most recent problems in Israel is to look to the pages of our international papers.

Reuter’s news service reported, “The June 12 abduction of Gilad Shaer, Eyal Yifrah, and Naftali Fraenkel triggered an escalation of the conflict between Israel and Hamas.” Unfortunately, this was not just a random act of violence. On July 11 Hussam Qawasmeh, a resident of the West Bank city of Hebron, confessed to serving as the "commander" in the kidnapping. This was proof that Hamas initiated the current conflict.

During our visit we got a chance to meet the father of Gilad Shaer and discuss his perspective of the high price of armed conflict. Fathers on our team wept as they identified with the devastating grief and the senseless loss of life.

We learned at other points of our trip that tunnels had been planned and constructed for massive strikes into Israel for years. It is also obvious, to even the most casual observer, that Hamas has committed itself to a strategy of protecting their rockets by endangering innocent people. Further, random rocket attacks on Israel will obviously kill or maim Christians, Jews, and Muslims of all ages.

Therefore, there is nothing that an outsider can do to minimize the senseless loss of human life in that conflict. The decision to spare its own people must come from the Palestinians themselves.

I was greatly encouraged by President Barack Obama’s declaration, during our trip, that Israel has a right to defend herself - despite the United Nation’s concerns about “proportionality” in this war.

It is clear that without US financial support the famed "Iron Dome" missile defense system would have never been developed by Israel. Although our nation has been Israel’s biggest financial and military ally in these difficult days, we seem to be sending a mixed message.

Unfortunately, the international community has sent aid money to the Palestinians that may have been diverted to military and terrorist purposes. There seems to often be too few controls on the money given to the Palestinians. The world can ill afford to “supply both sides” of such a morally charged conflict.

The US government should attempt to be a voice for peace and for saving the lives of the innocent. Let our money be aligned with our rhetoric. Our US media needs to do a better job of presenting the facts of the conflict in the Middle East, in general, and Israel in particular. Finally, US citizens should push our Congress and Senate to continue to stand with Israel.

Some much needed moral clarity

During the trip, I felt uncomfortable with the fact that our discussions in Israel were consumed with the ugly realties of war and terrorism. Nonetheless, who better than clergy persons to discuss morality of a confusing war.

Theological history tells us that Saint Augustine was the first man of the cloth to develop a clear theory on war and justice. Augustine believed that some wars were necessary to protect the lives of women and children.

Israel seems to be managing the delicate balance of conducting a just war, thus, my prayers are for Israel’s protection, true freedom for the people caught in the crossfire in Gaza, and our American leadership. If we act justly perhaps future generations will not have the same level of conflict and confusion that we experience today.