Is There Life After Food Stamps? 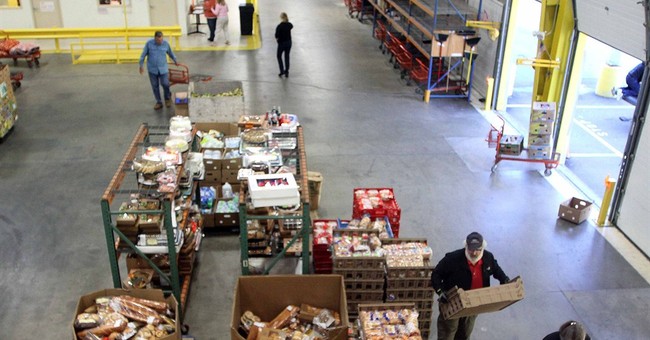 During the Great Depression, the government initiated a temporary program to help distribute surplus food and alleviate hardship. During the Kennedy administration the program restarted, expanding to be a permanent entity. This Supplemental Nutrition Assistance Program (SNAP), or food stamps, as it has been traditional known, has attracted particular scrutiny recently. The House has voted to cut $39 billion over the next ten years from the SNAP budget.

Extreme reactions from leaders on both sides of the issue have been disappointing as usual. On the one hand, some seem to think that any cuts to the SNAP program will result in the mass starvation of millions of Americans. Others appear to be convinced that every SNAP recipient is a freeloader and a fraud.

Of course the bill still has to pass the Senate, which remains unlikely, but that has not stopped partisans from issuing attacks from both sides of the aisle. House Democratic Leader Nancy Pelosi insisted, “This legislation is preying on people. P-R-E-Y-I-N-G!” While Majority Leader Eric Cantor countered that it was "wrong for working, middle-class people to pay" for abuse of the program.

To understand what these cuts to SNAP would really mean, we have to look at how the program has changed over the past few years. Since 2008, the number of people receiving food stamps has grown from 28 million to over 47 million. Unsurprisingly, the program’s expenditures have grown from $38 million to over $75 million. So while these cuts would undoubtedly be felt, they would not bring spending anywhere close to 2008 levels.

As I have written before, much of this expansion is due to the aggressive outreach efforts of the Department of Agriculture. Decades ago, internal publications from the USDA boasted about persuading “too proud” blacks to enroll in the program. Now the USDA runs radio ads in Spanish, urging that people who care about their children will enroll in SNAP. Furthermore, there has been no demonstrated nutritional benefit to food stamps, with a large percentage of the lower income population suffering from obesity rather than from consuming too few calories.

The original idea behind food stamps was that they would function as emergency food aid, or a “safety net,” not a permanent subsidy. To this end, able-bodied adults between the ages of 18 and 50 were required to work or to perform work-like activities in order to obtain the aid. This was only if they did not have children to support, and if they used the aid for more than three months over the course of three years. Since 2009, those requirements have been mostly waived, but would be reinstated with the new spending cuts. The measure states that the work requirements can be met with community service if the individual in need cannot obtain employment.

Interestingly, no grocery store chain that receives money from food stamps for its customers has protested the proposed SNAP cuts. Could it be that they do not expect expenditures on food to drop in any significant way? That would mean that the recipients would spend about the same on groceries, but less money on other things.

But even if some needy individuals lose benefits, are food stamps the only option for American families facing food insecurity? As a matter of fact, no. Churches and private charities are actively involved in ensuring that no one, particularly no child, goes hungry in our country. The decades-old Feeding America is a privately run multi-million dollar charity which distributes 3 billion pounds of food and groceries each year through its 200 food banks nationwide. A newer organization, Ample Harvest, supplies freshly harvested, locally grown food to 6,447 food pantries in all 50 states. And of course thousands of churches, mine included, participate in food drives several times a year to ensure that the food pantries in our communities remain well-stocked.

Furthermore, organizations of faith can offer a kind of help that government agencies cannot. We can give practical assistance along with mentorship and accountability to lift people out of poverty. Churches can (and do) offer food aid as well as emergency cash in certain situations, but they invite the recipients of this aid into a community that can offer hope and encouragement beyond just temporary financial help. And this can happen on a programming level, but also on the level of personal relationships.

Worldwide, 3.1 million children under the age of five die of hunger every year. Roughly 100 million children in developing countries are severely underweight, and 1 in 3 will have stunted growth because of malnutrition. In the United States most of our malnutrition results from poor food choices, eating disorders or child abuse. Nonetheless, the proposed cuts to SNAP are indeed puzzling from a public relations standpoint. Our church in Beltsville, Maryland aids those who need help with our food pantry. I am confident that, in the unlikely event these cuts to SNAP become law, American individuals, families, churches and private charities will rise to the occasion and ensure that the food needs in every community are met.