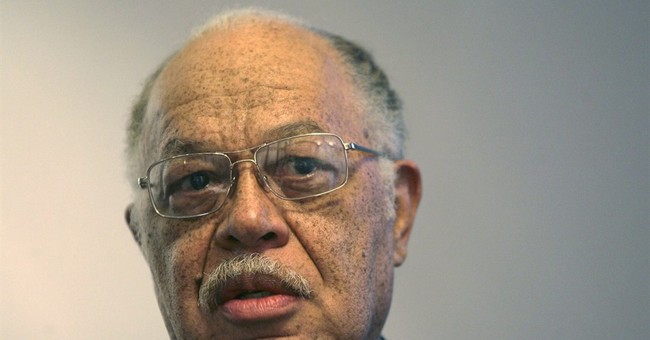 Charles Dickens' novel called A Tale of Two Cities (1859) depicted the plight of French peasants' civil conflict with its aristocracy in the years leading up to the French Revolution. Despite their linguistic differences, Dickens showed many parallels with the social atmosphere of London and Paris during that time period.

In contrast to Dickens’ work, my commentary today explores the dramatic difference in the value of human life (versus the value of animal life) in privileged versus impoverished communities in the same city - Philadelphia. I am concerned that Philadelphians seem more committed to protecting the lives of animals than they seem to be committed to saving the innocent lives of unborn children and their young mothers. Let me explain.

Last month, Philadelphia Eagles quarterback Michael Vick was forced to cancel a planned book tour because of credible threats on his life. According to his publisher, “protests escalated into threats of violence.” Threats were made to harm Vick himself and the employees of bookstores and other venues planning to host the athlete as he promoted his new book, Finally Free. Everyone concerned decided it was safer to keep the athlete out of the public eye for the off season. The anger against Vick stems no doubt from his role in the death of between six and eight dogs in a dog fighting and gambling operation he owned. Vick pled guilty to felony charges in 2007 and has since been released from prison.

In contrast; two years ago, another Philadelphia man was indicted for the murder of seven human babies and one adult woman. Kermit Gosnell ran a late term abortion facility in Philadelphia and had been sued at least 15 times for malpractice before the FBI discovered the squalid conditions in his clinic during a prescription drug raid in February of 2010. Yet the same media that excoriated Vick— has been eerily silent on the murder of poor mothers and the murder of fetuses.

When Vick’s crimes first came to light, there was understandable outrage from all corners. NFL Commissioner Roger Goodell denounced Vick’s actions, calling them “cruel and reprehensible.” Animal rights organizations like PETA predictably not only condemned him, but staged protests until sponsors like Nike and Reebok cut all ties with the quarterback.

Multiple news sources regaled the public with the gruesome details of Vick’s operation. A July 2007 CBS/Associated Press report explained, “Fights would end when one dog died or with the surrender of the losing dog, which was sometimes put to death by drowning, strangulation, hanging, gun shot, electrocution or some other method, according to the documents.” To this day, Vick routinely tops lists of most disliked athletes, despite his many efforts to make amends for his past.

For years, the same media outlets have not deemed Gosnell’s crimes worthy of much coverage. While details of Vick’s operation dominated television news for weeks on end, major network news shows have been completely silent on the inner city late-term abortion facility as of this writing. But are Gosnell’s crimes really less newsworthy? According to testimony in the trial, the unlicensed medical school graduate beheaded nearly 100 living infants who were outside the womb and breathing on their own. Body parts of aborted babies were reportedly stuffed in cabinets and jars, and blood stained the furniture and carpet in the clinic.

Vick has repeatedly apologized for his actions in writing and in person. As part of his plea bargain, he was sentenced to 23 months in federal prison and three years’ probation. While in prison, he was frequently visited and counseled by former NFL coach Tony Dungy. Vick has volunteered for the Humane Society, testified before Congress in favor of stricter regulations against dog fighting, and has made numerous public appearances before at-risk youth, with whom he is an in-demand speaker. In contrast, Gosnell has yet to express any remorse for his actions.

History reminds us that America is capable of forgiving public figures whose sins are discovered. President Bill Clinton, after having an affair with an intern and lying about it; Director Roman Polanski, who drugged and raped a thirteen year old girl are just two examples of persons who have been released from the fickle court of public opinion. Yet an apologetic Vick cannot go on a book tour without fearing for his life.

I do not blame the media entirely for the state of supreme moral confusion in America. The voices of institutions like the Church have been compromised by recent corruption scandals. But the editorial decisions of key media outlets concerning “newsworthy crimes” have contributed to the problem. For example, many Americans may never get a chance to make a judgment about Gosnell’s actions, because they haven’t even heard of him.