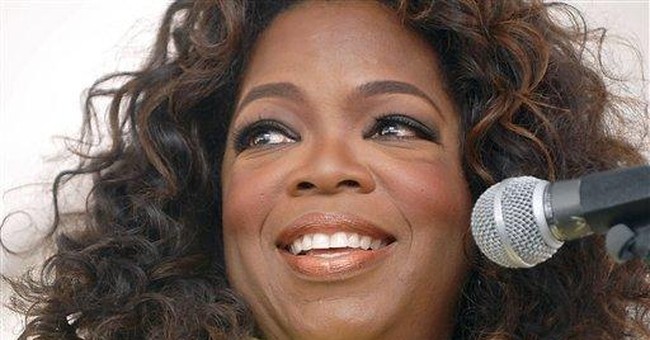 Over 30 years ago, I sat in a dorm room talking to a black, pre-law student from Detroit. As he glared at me, he said that it made more sense for us to think about being Republicans than Democrats because of the unique needs of our community in the 70s. That was out-of-the-box thinking at that time. Today this man is a successful investment banker, leading a powerful firm.

A few years later my first cousin, a Harvard Law graduate shared a vision of becoming a patent attorney and later a political leader. He spoke of shaking things up and making a lasting difference in our nation. As a result of his hard work, he joined a prestigious law firm at age 25 and was elected to the Richmond City Public School Board the same year. At age 32, he became a partner at the firm. He was nominated for the Virginia Supreme Court at age 34 and elected the first black Chief Justice of the Virginia Supreme Court at 47 years old.

Today these stories sound like baby steps of racial achievement as we look at the emerging business, political, and religious leadership of blacks in today’s world. The black community is changing overnight, and its leadership is finally experiencing a long awaited change. The breakthrough dynamic is manifesting in three major sectors of our community - business, politics, and religion.

Historically, the Church has been the training ground for the nation’s strongest black leaders. While this remains true, a black upper class is being birthed. A major glass ceiling has been broken. The new leaders that are emerging are prototypes for new approaches for black engagement in the culture. The most surprising new trends are in the business and political leadership realm.

A great new book written by Lee Hawkins of the Wall Street Journal, scheduled for release this fall, tells the story of a new generation of black entrepreneurs. Newbos: The Rise of America's New Black Overclass is an interesting, well researched work. “Newbos,” according to Hawkins, are young African Americans who have used their careers in sports, entertainment, or media to bankroll their ascent into sprawling business empires. The new book chronicles the fact that there are more black multimillionaires in the United States than ever before.

People like Sean “P. Diddy” Combs, 50 Cent, Russell Simmons and a number of black entertainers and producers are generating more personal income than their Fortune 500 counterparts. Because of my background, I used to place more stock in Kenneth Chenault’s successes as CEO of American Express than Sean Combs. I was steeped in an intellectual bias against the new cadre of black entertainment-based entrepreneurs until I learned about how systematically many of them are expanding their empires. Think about this - in 2004, Chenault earned a total compensation only $21 million compared to Sean Combs’ Bad Boy Records income of $36 million that same year.

Importantly, Hawkins has produced the first substantive analysis of young black multimillionaires. “There is still room at the top!” is one of the messages we will receive from his research. These black moguls are inspiring a generation of young people to believe that they can personally experience the American dream in the business world.

In addition to the business world changing, the political world is also experiencing dynamic, stereotype-breaking change. Gwen Ifill’s new book, The Break-through: Politics and Race in the Age of Obama, does a masterful job of tracing the political and sociological dynamics that led up to the election of President Obama and a core of racially transcendent black politicians. She shows how the same changing landscape that has produced the first black president has simultaneously given rise to Newark Mayor Cory Booker, Massachusetts Governor Deval Patrick, and Alabama Congressman Artur Davis. These men all have learned how to lead in a way that inspires both black and white support.

All of the leaders given prime space by Ifill in The Break – through were trained at elite academic institutions like Harvard and Stanford. Their education, training, and cultural finesse make them a part of the upper echelons of our society. Ifill even gave some mention to conservative leaders like Michael Steele. The work reveals their quest for a balanced political identity. Ifill’s work is a must-read for those attempting to understand where the black vote will go in the future. It accurately declares that a huge generational divide has been crossed. The work also gives me hope that a generation of black conservatives with a moral center will soon arise in the nation.

In conclusion, let me reiterate that black business and political leaders can begin a unique reformation and restructuring of the entire nation - both the ghetto and the suburbs. Black leadership across the board is coming of age - entering into the mainstream of our society. It has just been a little over 50 years since the beginning of the modern civil rights movement. Since then, the black middle class has quadrupled in size and great strides have been made in alleviating the sting of poverty for many black families. Yet, lack of home ownership is still one of the most discouraging aspects of poverty in America. Less than 50 percent of black families own their own homes today.

The new breed of black millionaires and political leaders can move not only blacks, but the entire nation into their own unique promised land. With the opportunity to lead comes a moral responsibility to set the “right” direction. Evangelicals and conservatives of every stripe need to educate and “evangelize” these new leaders. It’s time to complete the change.