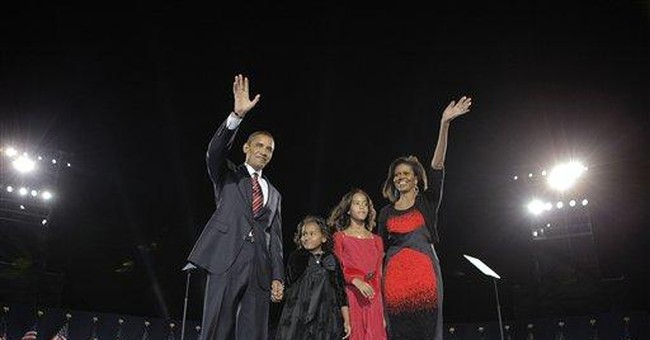 Last Tuesday, history was made with the election of Barack Obama as the 44th President of the United States. Watching the concession and acceptance speeches was extremely memorable. McCain sounded more like a statesman at that moment than any other time in his campaign. Obama’s speech was powerful but the tears of the listeners were the most amazing aspect of the event. Some Americans could not understand the tears of Oprah Winfrey or Jessie Jackson; they even had the temerity to assess these expressions from thousands of blacks as proof of black racism. Others declared that Jesse Jackson’s emotional meltdown was counterfeit because of his mean-spirited remarks about the president-elect captured on a live microphone, off camera, by Fox a couple of months ago.

To understand the euphoric expressions of the thousands that rejoiced simultaneously around the nation, we must remember the cultural context in which these folks have lived. The level of their personal joy is commensurate with the level of their past pain. Many whites minimize the deep sense of rejection, shame, and inferiority that many blacks have felt all their lives. Yet, unless you have walked in their shoes, no one should deny what these people have experienced. Facing prejudice, injustice, and the social baggage that comes along with being black is still a daunting task 40 years after Dr. King’s assassination.

The thousands who shed tears of joy at Obama’s victory speech said by their response that we are closer to King’s dream. They also simultaneously demonstrated that we have not fully entered into a post-racial political era. The fact is that we are in a very dangerous moment in American history.

Two very different sub-cultures could either collide and explode, or create an opportunity for racial healing and real change. The only glue that can possibly heal our current social breach is a working unity among Bible-believing Christians of all races.

Without a structured leadership intervention, our problems will only get worse. In fact, in less than one week after the election, things are already starting to spiral out of control. The talk about Obama’s socialistic roots and his worldview has created a sense of pain within the heart and soul of many black Christian leaders. In their view, racism has motivated many white evangelicals to attack Obama. They have listened to conservative and evangelical radio and television programs that have painted President-elect Obama an “anti-Christ” figure.

On the other hand white evangelicals are expecting a surge of legal measures designed to restrict our freedom to preach the gospel. In addition, many evangelicals are concerned about any number of fomenting conspiracies.

The Bible-believing Church can turn things around. She can negotiate a truce, and evangelical Christian leaders can bridge this divide. Just as in Dr. King’ day in which the black church rose to the challenge, a united Church (black and white) must arise to complete King’s dream.

In order to pull this off we must have immediate high level summits, strategy sessions, and prayer. This has to occur now. We must invest our time, energy, and resources in creating a new diverse coalition of Christian leaders. All this must be done, as we avoid acting out stereotypes set by our critics.

The liberal press and Hollywood seem addicted to portraying the religious Right as un-American and un–Christ like. In addition, the evangelical movement has been painted as anti-black, anti-woman, anti-poor, anti-gay—anti-everything but lower taxes and war. But the average reporter or screenwriter has apparently never been in an evangelical church and is certainly not in touch with the dramatic transition that is already occurring at the grassroots level in the nation today.

The evangelical movement is building bridges and alliances with people and organizations that some might find surprising. But this story won’t be on the cable channels or the evening news. In truth, many black churches do not embrace the perspectives of Rev. Al Sharpton or Jesse Jackson. The new black church is led by an exciting new breed of gifted leaders who are up to the task of leading in the 21st century.

While we count down the days to President-elect Obama’s inauguration, let’s take four simple, but important steps:

1. Decide to break free from past prejudices.

3. Engage in building cross-cultural relationships with other Christians.

4. Pray that the Church moves forward to lead the charge toward the change America needs.

Now that the election is over, let’s trust that God will guide, direct, and empower a racially unified Church as His agent of healing! Let’s love one another, act strategically, and show the world that Jesus is real.