Democratic Tax Proposals That Will Seriously Hurt Everyone

Hank Adler
|
Posted: Apr 16, 2019 9:32 AM
Share   Tweet
The opinions expressed by columnists are their own and do not necessarily represent the views of Townhall.com. 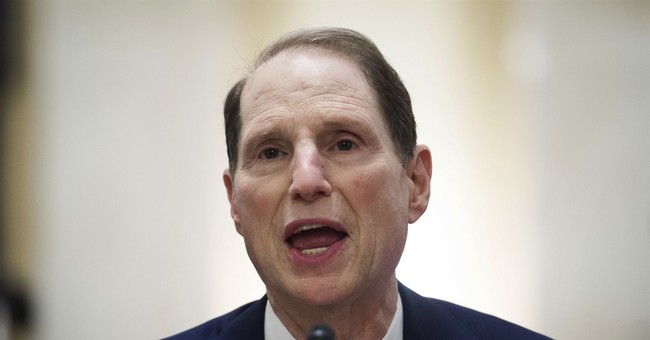 My mother used to tell me not to “cut off my nose to spite my face”. As the envy of prominent Democrats of the super wealthy has moved to hate, it is obvious they should have known my mother. Given that taxes were due on Monday, we need to look at four Democratic tax proposals that would tax the wealthy and simultaneously destroy the economy for everyone else.

In two steps, the taxpayer would fund Senator Warren’s wealth tax. First would be the sale of assets accompanied by the income tax on the sale of the assets and next, what was left would be used to pay the wealth tax.

To raise the $4.5 billion to pay Senator Warren’s wealth tax, Mr. Bezos would be required to annually sell about 7% of his Amazon stock. For others, to raise the necessary funds if the stock value was in stock options, these taxpayers would need to sell about 9% of their Amazon stock. These would be annual additional taxes for the super wealthy.

The proposed wealth tax would ultimately tank the stock markets thereby tanking every pension fund in the country. With the annual liquidation required to pay these taxes, the great individual wealth of the super wealthy would disappear and income tax rates for everyone else would need to explode after the wealthy had been taxed to death. This would occur before Ocasio-Cortez’s end of the world moment.

And let’s not forget that the Securities and Exchange Commission and the investment community preclude and/or discourage executives from selling stock so that the goals of the executives and the shareholders will be in lock step. And of course, outside of readily traded securities, determining fair market value of the assets of wealthy Americans every year would be a nightmare. What is that Picasso actually worth if we need to sell it tomorrow when everyone else is liquidating their art collections?

Democratic Senator Wyden of Oregon proposes to tax capital gains at 37% as the value of an individual’s assets grows rather than when they are sold. Modest problem: Same issues as above, only worse. Example: In 2015, Amazon’s stock value more than doubled creating new net worth for Amazon shareholders of $173 billion. If those shareholders had been forced to liquidate shares to pay the nearly $80 billion in taxes, Amazon’s stock would have tanked. There is no reason to think that any of the shareholders would have the cash to pay the taxes. Almost by definition, all annual stock market gains would be reduced by this 37% federal tax plus whatever rate the state charged for these phantom stock gains. Think about where and how pension funds could meet their existing obligations if annual pension returns were reduced by annual necessary investor sales.

Democratic House of Representatives Member Alexandria Ocasio-Cortez proposes a 70% federal income tax. Modest Problem: With state taxes, that would put an individual tax rate at 83% for wealthy high state rate taxpayers. All this would do is stop investment and therefore crush the stock market and employment.

Democratic California State Senator Scott Wiener proposes that California enact an estate tax on estates for individuals with net assets of between $3.5 and $11.2 million. Modest problem: Dad will be moving to Nevada, so California will not only miss out on any estate tax, the income taxes between the move and death will also be lost.

Under Wiener’s proposal, a California taxpayer with a net worth of $4.5 million would see his estate tax go from zero to $345,800. A California taxpayer with a $10 million net worth would see his estate taxes go from zero to just over $2.5 million. When it is time for a retirement home, do you think these individuals would be willing to find a retirement home in one of the other 49 states to put millions of dollars in their grandchildren’s pockets?

Let’s also understand that while the increase in total estate taxes for a billionaire would be negligible (39.544% to 39.847%), a hard dollar increase from zero to more than $2.5 million for someone worth $10 million is incredibly significant. In some ways, this is an incredibly regressive proposal.

And of course, no one over 60 years old is going to move to California and face these estate taxes, so the housing market would take a huge hit.

Commonality of Ignorance: Between these four Democratic lawmakers, there is virtually no business experience. There is no understanding of either the relationships of liquidity to wealth, economic causation, or in the case of Scott Wiener that millions of retirement age Californians would rather leave California than pay $1 million in California taxes for the privilege of dying in California.

Taxpayers would make the most beneficial decisions for themselves. Before investments were made, the necessary expected profits would have to be multiples of current requirements. Risk investments would dry up. Could a Facebook or an Amazon, companies that employ tens of thousands of employees, successfully have gotten to where they are with these tax ideas? Not a chance.

Each of these proposals would contract the economy, ultimately result in less government revenues and most importantly, hurt working families in so many ways. Other than that, what great ideas!