Hank Adler  |  Nov 24, 2017
The opinions expressed by columnists are their own and do not necessarily represent the views of Townhall.com.
Top Columns
Trending on Townhall Media 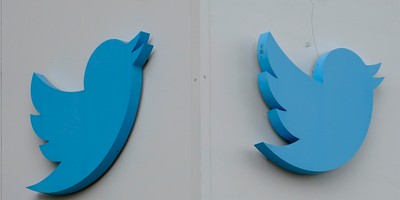 One of the representations made with respect to the current speed of the tax reform committees is that if the process moved quickly enough, it would preclude lobbyists from influencing tax reform. Of course, if one has observed the process, between the initial release of tax reform by Ways & Means to the House Chairman's Mark of Tax Reform to the Senate's Committee on Finance's initial release to its Chairman's Mark, the lobbyists have had a field day. But, no one without a $1,000 an hour lobbyist has had any chance to influence the legislation.

Let's look at just a couple of tax law changes that will hurt individual taxpayers, those folks without a $1,000 an hour lobbyist.

Maude is 87 years old. Along with having paid off the mortgage on her $200,000 home, she has saved $600,000 to live on in her old age. With social security, she has about $66,000 a year of income. Maude meets a supposed wealth advisor and he steals her $600,000. Under current tax law, Maude is entitled to a casualty loss and her current year taxes will effectively be eliminated and she will likely get refunds of prior year taxes and/or reduced taxes in the future. Under both the House and the Senate's proposed tax bill, Maude will receive no tax deductions, probably lose her house, be required to pay her current taxes and pay future taxes.

Maude's sister is 88 years old. She lives in a townhouse with a fair market value of $200,000. Maude's sister has $150,000 of insurance on her townhouse. An investor owns the other half of Maude's sister's townhouse. He also has $150,000 of insurance on his townhouse. He rents the townhouse to tenants. A fire burns down the townhouse. Under current tax law, Maude's sister can deduct all of the $50,000 uninsured loss above 10% of her income. The investor can deduct the entire $50,000 loss. Under both the House and the Senate's proposed tax bills, Maude would get no tax deduction and the investor would continue to get his $50,000 deduction. (If Maude's townhouse burns down with hundreds of other homes in a federally declared disaster area, she would get her tax deduction. If anyone understands why one person's fire loss in a federally declared disaster area is different than another person's fire loss occurring without a federally declared disaster, that explanation must be pretty interesting.)

If Facebook had an uninsured loss from a fire loss on a building, Facebook would get a casualty loss deduction. Sorry to Maude's sister.

How many sections of these proposed tax bills are going without discussion because the taxpayers who will be harmed cannot afford $1,000 an hour lobbyists? Time is not on the side of regular folks when there are no hearings or discussions on tax reform.