Hank Adler
|
Posted: Sep 28, 2017 12:01 AM
Share   Tweet
The opinions expressed by columnists are their own and do not necessarily represent the views of Townhall.com. 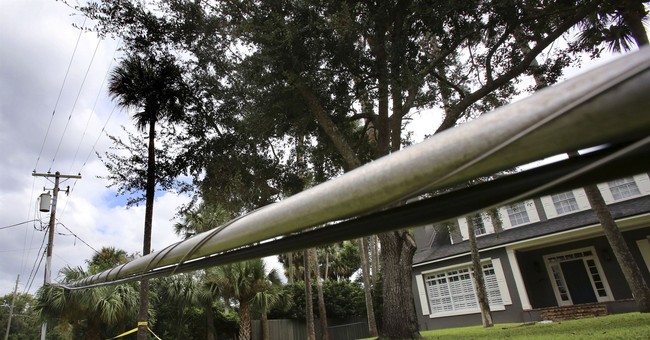 This week, the House of Representatives voted 245 – 171 to expand tax deductions available under the Internal Revenue Code casualty loss rules for hurricane victims in Texas, Puerto Rico and Florida. (The bill needed a two-thirds vote and failed because of provisions unrelated to the expansion of the casualty loss rules.) At some point, the expansion of the current casualty loss rules to enable hurricane victims to rebuild their lives will likely be approved and will help facilitate a more speedy hurricane recovery in each impacted neighborhood. A few other rules related to using the Internal Revenue Code to enhance recovery efforts were also included in the house bill to help victims of these tragic hurricanes.

Three days after the House’s attempt to expand the casualty loss rules to benefit hurricane victims, “key” Republican legislators along with the White House launched their tax reform plan. It eliminates the casualty loss provisions from the Internal Revenue Code. (Some will argue that there are weasel rules in the proposal that will result in the casualty rules being retained, but after months of working on the tax reform proposal and three hurricanes, if it was part of the plan, it would already be in the proposal.)

The tax benefits of homeownership simply disappears with a $24,000 standard deduction if there are itemized deductions only for home mortgage and charitable contributions. Imagine a married couple with a $200,000 mortgage at 4%, their interest deduction is $8,000 and therefore unless the couple made donations of over $16,000 per year, which is virtually no one who makes less than $200,000 per year, that couple would take the standard deduction.

The result is that as a country, we would no longer encourage home ownership, something we have done for 100 years. Without the tax benefits of home ownership embedded in the tax code, would home values decline? Probably and perhaps by a significant amount. Would the greater community, families and society suffer from less home ownership? Probably.

And would charities see less in the way of charitable contributions? Absolutely. According to the Joint Committee on taxation, the 18 million taxpayers making from $100,000 to $200,000 per year donated just under $12 billion to charity in 2016. Will they continue to make those contributions without the tax benefits currently in the tax code? Probably not. Who will suffer? Every charity in the country will see reduced revenues; churches, universities, the Red Cross will all suffer. Those being helped by these charities will suffer. Who will make up the gap? Will government need to make contributions to its favorite charities or hire new government employees to perform charity activities now done by non-profits and religious organizations? Probably.

And then there is the future discussion. Why are wealthy people the only ones who get tax benefits from charitable contributions? And that would be a logical question. Of course those earning over $200,000 per year contributed over $40 billion to charity in 2016 and if logic caused that deduction to go away, the charitable community would wilt and die.

What has been proposed is essentially a progressive tax, barely progressive, on gross income. (Only the very wealthy will have deductions.)

Libertarians should rightfully be thrilled with the proposal.

The currently proposed changes to the Internal Revenue Code appear to fall into the political and anti-social categories. The implications to both housing values, society itself and charity need deep thought as to whether these consequences  are worth the political gain.