Trump Taxes – Not a Genius, Not a Non-Patriot

Hank Adler
|
Posted: Oct 04, 2016 12:01 AM
Share   Tweet
The opinions expressed by columnists are their own and do not necessarily represent the views of Townhall.com. 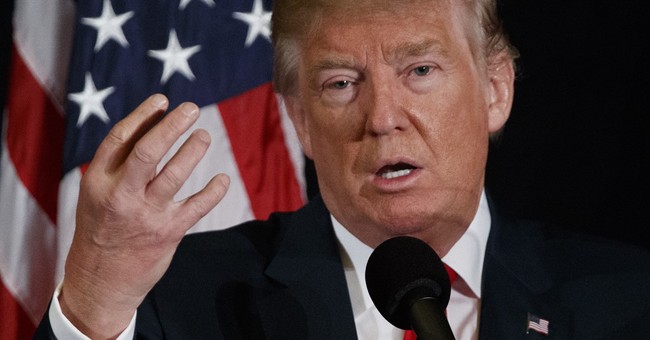 One is reminded of the famous recipe for rabbit stew. “First catch a rabbit.”

Let’s be very, very clear, if the price of paying no or very little in federal income taxes for the next 15 years is losing close to a billion dollars this year, the price is too high. Not paying future taxes because of previous losses does not make one a genius, it might make one persistent, but not a genius.

I have written extensively during the past year about Mr. Trump’s tax returns and what I believed would be exposed if they were released. My predictions were pretty much spot on: big losses creating net operating loss carryovers for tax purposes offsetting any or most income earned since 1995, probably paid some alternative minimum taxes and should have released his tax returns long, long ago to avoid this crisis. The only major issue still unknown is whether Mr. Trump was making charitable contributions. My guess is he contributed virtually nothing in cash, but gave up some conservation easements and claimed significant charitable contributions from those easements.

It should be noted that Mr. Trump’s 1995 tax return loss appears to be from losses before 1995 and there are probably additional significant losses after 1995. There were some other bad Trump business deals reported in the press after 1995.

Most of what has been written and said in the last few days about Mr. Trump’s tax returns is really just nonsense. The nonsense appeared from both the Trump supporters and the Clinton supporters. The spin is fascinating.

Mr. Trump’s use of his net operating loss carryforwards was not only lawful, but exactly the way the Internal Revenue Code was designed. The individual who has losses in one year and income in the next should be able to offset the old losses against the new income. When the taxpayer gets ahead, more income than previous losses, he should pay income taxes. The reality is that Mr. Trump did absolutely nothing special by using his losses from prior years against current income as provided for in the Internal Revenue Code. It does not make him smart, it does not make him a genius and it certainly does not make him a super knowledgeable tax planner. This part of the law is basic blocking and tackling.

Not paying taxes because one’s losses over time exceeded his/her income is not unpatriotic. It is called an income tax because it is supposed to tax income. No income, no income tax. Not very complicated.

Hillary said Trump’s not paying taxes was because the system is rigged. That is silly. Offsetting losses against gains is more than a fair result when there is an income tax. If one reads my columns, I am not a Donald Trump fan, but using Clinton Foundation funds to fly on private aircraft is, in my opinion, a ton less ethical than following the tax laws and not paying taxes if there is no income.

The year 1995 was a long time ago and finding a comparison that puts the magnitude of Mr. Trump’s almost $1 billion loss in perspective is very difficult. Suffice to say that the University of Maryland spent less than $2 billion to operate its entire system in 1995. An individual losing $1 billion in business transactions is breathtaking.

The only real issue that is exposed from Mr. Trump’s 1995 tax return at this point is the issue of business competence. Should a voter see these losses as from someone who is obviously not competent to run the United States of America or as someone who may have learned a great deal from making huge business mis-steps?