An Opportunity For Congressman Issa 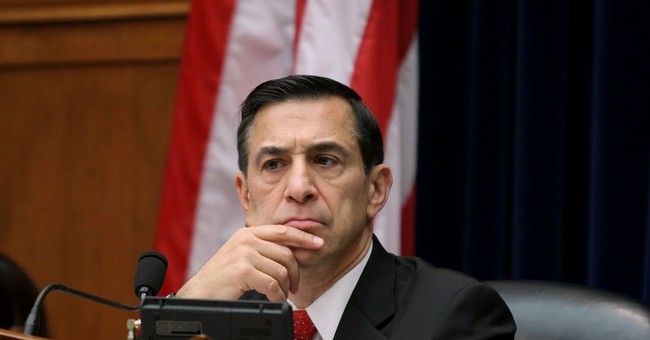 As has been widely reported, my friend John Eastman stated yesterday that his Center for Constitutional Jurisprudence has successfully represented the National Organization for Marriage in its lawsuit against the Internal Revenue Service for the illegal disclosure of the organization's donor list. That list was disclosed to an individual in Boston by the name of Matthew Meisel. Mr. Eastman reported that Mr. Meisel subsequently disclosed the illegally-obtained donor information to NOM's political adversary, the Human Rights Campaign, which then posted the donor list on the internet. The IRS agreed to settle the lawsuit by paying the National Organization for Marriage $50,000.

Mr. Eastman also reported that "We also learned that Meisel claimed to have a 'promising conduit' who could obtain the tax return donor information. That sure sounds like a lot more than an inadvertent mistake, as the IRS has claimed. But Meisel refused to answer our questions during his deposition, asserting his Fifth Amendment right against self incrimination."

The Government has already announced in congressional testimony that it was not going to bring any prosecutions for the illegal disclosure of the National Organization for Marriage's tax returns.

Mr. Meisal is most likely a very small fish swimming in the midst of a very large scandal. He does not work for the Internal Revenue Service. Perfect.

Most scandals begin to unravel when the first person begins to name names. Thus far, Mr. Issa's Oversight Committee in the House of Representatives has been unable to push over the first domino and get anyone to name names and e-mails of key IRS employees have gone missing. (Note that the chances of seven separate computer crashes in a couple of months by the key members of the IRS tax exempt group has a far less probability of occurring than the reader of this piece being hit by lightning.)

Mr. Issa has been unwilling to grant Lois Lerner immunity because of the possibility that she has committed serious crimes.

Mr. Issa should consider a subpoena for Mr. Meisal and upon his likely decision to take the fifth amendment, begin the process to grant Mr. Meisal immunity from prosecution. With immunity, Mr. Meisal would have no choice but to name names or a name in the Internal Revenue Service with respect to his receipt of the donor lists of the National Organization for Marriage.

Who in their role of seeking to perform appropriate oversight or seeking to find out what was happening in the Internal Revenue Service could be opposed to granting this small fish immunity if DOJ has declined to prosecute? Certainly no one facing the voters in November should object.