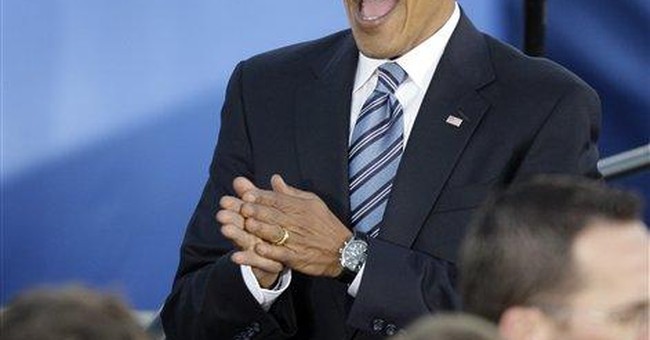 Senator Obama’s tax returns are pretty interesting. In comparing his 2007 tax return to previous years, other than a very significant increase in income, the major change is that Senator Obama has found a pretty good tax planner. Senator Obama has implemented several tax strategies that have reduced his 2007 Federal income taxes and if he continues with this planning, he and his family will save millions over the next couple of decades. Every step of the Obama tax plan appears to be 100% legal.

It is well documented that between 2001 and 2004, the only noteworthy items in the Obama tax returns were that (a) their charitable contributions were negligible (less than $8400 with earned income of over $981,000) and (b) they amassed literally no savings over the four year period reporting a total of only $33 of interest income with earned income of over $981,000.

It is also well documented that in 2005 and 2006, the only noteworthy items in the Obama tax returns were that (a) their charitable contributions rose to 3.5% ($92,867)of their adjusted gross income which now included book proceeds and amounted to $2.6M, (b) they continued to amass virtually no savings with total interest and dividend income in 2006 amounting to $5700 while earnings exceeded $1.6M in 2006 and $991K in 2007 and (c) following Senator Obama’s election to the United States Senate, they reported an almost tripling of Mrs. Obama’s salary from the University of Chicago Hospitals to $316,962 and her new Boards of Directors’ fees of $45,000.

In 2007, Senator Obama gave $240,000 of his gross income of $4.2M to charity (5.7%). In 2007, Senator Obama began to orchestrate his new tax plan. He implemented three important tax planning ideas: (a) Senator Obama initiated a Simplified Employee Pension (SEP) allowing him to contribute and deduct a $45,000 payment to a new personal retirement plan, a plan which will augment his governmental pensions and Mrs. Obama’s pension from University of Chicago Hospitals, (b) Senator Obama placed virtually his entire after-tax book proceeds into tax-free municipal bonds which produced non-taxable income of $45,000 and provided insulation against the recent stock market implosion and (c) Senator Obama created tax-free College Savings Plans for each daughter with a total funding of $240,000. (Senator Obama’s disclosure statements show these contributions to be between $200,000 and $500,000, but as no gift tax forms were filed, it is a professionally educated guess that these contributions were $120,000 for each child.) These plans will allow the Obama children to earn investment income without ever paying Federal income taxes if the funds are used for education.

Each of these tax planning steps would be recommended to Senator Obama by any competent tax advisor. While these opportunities are obviously available to anyone, only wealthy taxpayers have the funds necessary to implement such planning.

Tax savings – SEP: Federal tax savings in 2007 approximated $15,300. Assuming that Senator Obama’s book fees continue or he has other sources of income, by age seventy, with a six percent annual return, this retirement plan should have just short of $2 million of untaxed earnings and interest.

Tax Savings – College Funds: Federal tax savings in 2007 were none. Future tax savings will be significant. The $240,000 invested in these funds will create non-taxable income during the lives of the funds and annually and permanently save the Obamas about $6000 of Federal income taxes.

Tax Savings – Tax Exempt Income: Federal income tax saving in 2007 of approximately $15,000. The long term tax savings that could result from this strategy are very significant. If the amount stays at $45,000 of tax-free income, the annual savings will remain, at current tax rates, about $15,000 and through the Senator’s seventieth birthday, with reinvestment at the same tax-free rates, the Senator would have almost $2.8M with untaxed earnings of about $1.9M. --------- If he should continue the strategy with additional investment in tax-free securities, he could amass millions of dollars of income which would not be subject to Federal income tax.

Is the Senator’s tax and investment plan a good one? I think so.

Whether his tax plan to significantly reduce his Federal income taxes and maximize his family wealth comports with his stated political position to use the Internal Revenue Code to “spread the wealth”, I leave that to the reader.