The Fallacy of ‘Pre-existing Conditions’

Hal Scherz
|
Posted: Nov 05, 2018 9:55 AM
Share   Tweet
The opinions expressed by columnists are their own and do not necessarily represent the views of Townhall.com. 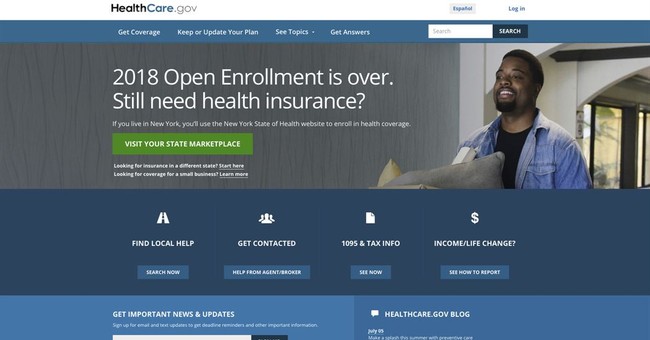 As the cost of medical care in the U.S. began to rise, in large part because of the unchecked and opaque pricing of care by hospitals, and because of the high cost of prescription drugs, more patients found themselves being denied coverage because of their medical conditions.

This so-called “denial of coverage” for most medical conditions was not really denial of coverage. It was simply a company’s choice not to offer a product it would probably lose money on. Most people with chronic medical conditions could find medical insurance, but their particular chronic condition might be excluded from coverage for the price the patient might be willing to pay. Covering the chronic condition might have meant a premium that was much too high for the patient to pay. This rendered the patient’s condition essentially uninsurable, because the patient could not afford what the insurance company quoted to the individual.

Obamacare was supposed (by many) to be the solution to the rising cost of insurance premiums and the denials of coverage. The problem, however, is that you cannot cover everything and lower premiums. They are mutually exclusive objectives—unless the government subsidizes this process.

This is exactly what happened. However, because health care prices continued to climb, the government subsidies proved untenable. They could not pay the insurance companies enough to continue to cover all medical care, so premiums began to soar. Eventually, people could no longer afford their health insurance, so they dropped out. The only people who continued to remain on health insurance exchanges were those who continued to receive large federal subsidies or those who had serious chronic health conditions and feared that the risk of getting sick justified their continued participation in the exchange.

The irony of the Obamacare debacle was that many states had set up high-risk pools for those individuals with serous chronic health conditions, but they were wiped out after this law was passed. Today these people are left with little or no choice but to stay on the exchange and the high-priced insurance until high-risk pools can once again be re-established. But the sad truth is that Obamacare ultimately was responsible for leaving people with chronic health conditions no alternatives.

So, when Democrats are trying to score political points by saying that Republicans are about denying insurance coverage to people with pre-existing conditions, remember that such conditions are commonplace and usually are insurable. Almost everyone has one or more of these conditions. Doctors refer to them as medical problems. Most such conditions do not register a concern with an insurance company.

What the GOP is trying to do now is unwind the mess that former President Barack Obama created with health care and insurance. Republicans are giving insurance companies an opportunity to offer insurance policies that differ in price according to health status, just as it once was and should be.

Now it is up to states to work with the federal government to create the safety net for the small portion of our population who have expensive medical conditions that might cause financial harm to individuals and families.

Hal Scherz, M.D. (info@d4pcfoundation.org), is chief of urology at Scottish Rite Children’s Hospital in Atlanta, vice president of finance at Georgia Urology, and board secretary at Docs 4 Patient Care Foundation.