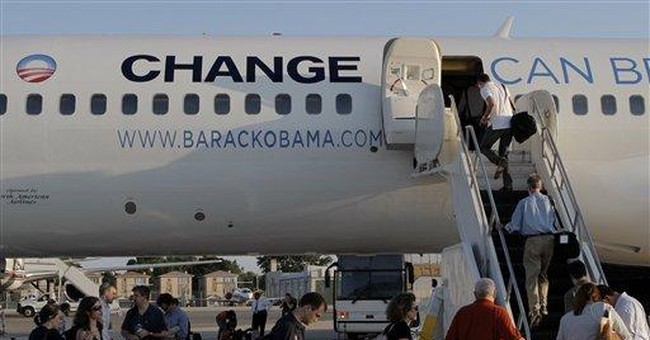 The answer to this question may not be entirely clear, but at least a partial answer lies within the pages of the current New Yorker magazine. The controversial edition has generated far more attention for the political cartoon on its cover than for the content of the accompanying article. This often overlooked cover story includes two telling anecdotes. One story recounts Obama's explosive reaction to being "embarrassed" on the floor of the Illinois state legislature, and the other explores Obama's tepid reaction to the carnage of September 11, 2001. Both stories illustrate Obama's tendency to reserve his harshest attacks for perceived political affronts while treating true outrages with heavy doses of nuance.

According to the New Yorker article, State Senator Barack Obama ignited a verbal dispute with a colleague during a 1997 legislative session in Springfield. Obama had "accidentally" voted against a child welfare bill, and a political rival rose to criticize Obama's vote. Obama didn't take kindly to being called out and purportedly approached the offending party, threatening to "kick [his] ass."

Although he's been able to steer clear of issuing physical threats during his presidential campaign, Obama has gotten his dander up on a number of occasions. Despite having countenanced 20 years of anti-American and racist bile from Jeremiah Wright, Obama finally became incensed with his reverend earlier this year. What was the minister's crime? No, it wasn't stirring up racial tensions by accusing the US government of inventing diseases to kill people of color. It was Wright's assertion that Obama is a calculating politician who says what he needs to say in order to get elected. This diss enraged Obama, who at long last managed to muster some indignation toward his soon-to-be former pastor. Their longstanding relationship ended on a very bitter note.

On May 15, President Bush offered a fairly standard, boilerplate denunciation of appeasing outlaw regimes during a speech to the Israeli Knesset. In Barack Obama's myopic universe, the President's words were interpreted as nothing less than direct political attack on Obama himself, prompting days of hysterical tantrums from the candidate and his surrogates. Obama delivered an angry speech in North Dakota on May 16, exclaiming, "George Bush and John McCain have a lot to answer for." His fury unquenched, Obama announced he was spoiling for a fight. "If John McCain wants to meet me anywhere, anytime to have a debate about about our respective policies…that is a conversation I'm happy to have," he thundered. It turns out Obama was just kidding about that last part, as he continues to duck and dodge joint townhall meetings with McCain.

Ultimately his message to the State Senator, Rev. Wright, and President Bush was clear: Disrespect me in public, and you'll pay the price.

Obama's outrage threshold appears to be a great deal higher when it comes to terrorists who slaughter thousands of innocent Americans. The New Yorker piece highlights Obama's reaction to the events of September 11, 2001, as chronicled in his Hyde Park Herald op-ed published barely a week after the towers fell: "The essence of this tragedy, it seems to me, derives from a fundamental absence of empathy on the part of the attackers," he wrote. "Such a failure of empathy, such numbness to the pain of a child or the desperation of a parent, is not innate; nor, history tells us, is it unique to a particular culture, religion, or ethnicity. It may find expression in a particular brand of violence, and may be channeled by particular demagogues or fanatics. Most often, though, it grows out of a climate of poverty and ignorance, helplessness and despair."

His assumption about the relationship between poverty and terrorism was, and remains, dangerously ignorant. The radical Islamists who planned and carried out the ghoulish attacks were mostly middle-to-upper class, and many were well educated. These guys weren't going hungry; they were, however, thirsty for the blood of infidels. After misdiagnosing the "root causes" of the extremists' actions, Obama spilled more ink, fretting about the possibility of retaliatory hate crimes against Muslims—which mostly proved to be figments of the Left's imagination. Although Obama's public reaction to 9/11 was far less unhinged than that of his longtime pastor ("America's chickens are coming home to roost!"), it is still deeply troubling that the man who may be our next president apparently spent the aftermath of the devastation wringing his hands about empathy, fallacious "root causes," and possible racist reprisals against Muslims. How many Americans listed those issues among their chief concerns immediately following the worst terrorist attack in US history?

A contributing factor to President Bush's popularity directly after September 11 was a widely-held belief that he shared the American people's deep grief and justifiable anger. The gauntlet was down. A hateful ideology had come to our shores and massacred our people by the thousands. Defeating the enemy and protecting Americans' lives were the consensus priorities; not waxing philosophical about empathy and tolerance.

The President of the United States ought to be angrier at the nation's mortal enemies than at his domestic opponents. His ire should be more easily raised when thousands are killed than by political ego bruises. It's impossible to determine the exact nature of Sen. Obama's immediate reaction to the events of that awful day, but the newspaper piece he wrote as the ashes still smoldered in lower Manhattan, he offered us a glimpse into his thought process. His words merit close scrutiny. As his political opponents have discovered, hell hath no fury like an Obama disrespected. Whether our nation's enemies will ever experience similar levels of righteous indignation remains an open—and vitally important—question.