Gil Gutknecht
|
Posted: Jun 03, 2020 12:01 AM
Share   Tweet
The opinions expressed by columnists are their own and do not necessarily represent the views of Townhall.com. 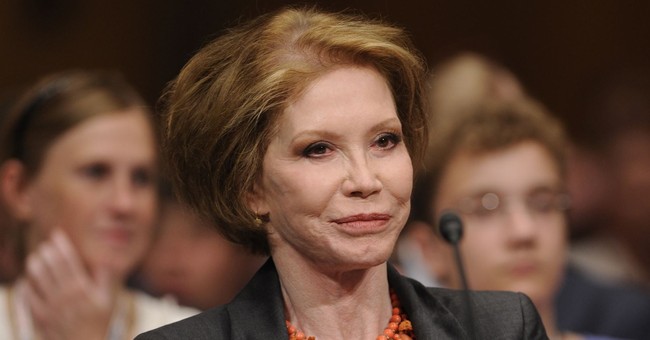 Mary Tyler Moore made Minneapolis look like a marvelous place, a city filled with pristine lakes, populated with good and decent people.

Today we are shocked by the senseless killing of a man whose only purported crime was trying to pass a bogus $20 bill. At this writing, it isn’t clear that he even knew that the bill was counterfeit. Police departments recruit from the human race. Human beings lose their tempers. But, there is no excuse for the treatment this man received. It should never happen anywhere! Especially in Minnesota.

Last time I checked, counterfeiting U.S. currency is a federal crime. Ironically Minneapolis refuses to enforce some federal laws…at least the immigration laws they don’t like. City officials who disrespect the law shouldn’t be surprised when their constituents do the same.

Most Minnesotans have come to expect little from our government (except backbreaking taxes). Our once superior school and university systems have been corrupted. Just a few years ago, a fairly new bridge across the Mississippi simply fell down. Our lakes are increasingly clogged with muck. Large sections of Minneapolis now look like a Third World war zone. Is it too much to ask that our elected officials maintain some semblance of order?

Listening to the governor’s pathetic press conference on Friday was infuriating. After a strong opening statement, it all went down hill. Answering questions, he admitted that he and the mayor tossed the hot potato back and forth for over four hours Thursday night while the city burned. They fretted that a show of force might make the situation worse. How could things get much worse? They abandoned the third precinct police headquarters to the rioters for crying out loud! To date, over 250 buildings have been looted, ransacked or burned.

When the incompetent mayor finally gave his okay to bring in the Guard, they weren’t ready. They were only able to secure the streets until the looters returned. The governor foolishly thought anarchists would obey his curfew order the way law abiding Minnesotans have yielded to his lock down orders.

Our attorney general mumbled something about his office working on a paper dealing with police overreach. When asked how many arrests had been made, they didn’t know. Many in the press corps suspected that more reporters had in fact been arrested Thursday evening than anarchists.

AWOL from the briefings was a critical player who now represents Minneapolis at the federal level. Our senior senator is rumored to be in hiding. We have learned that while Hennepin County Attorney, she was very soft on overly aggressive cops, that includes the one now charged with murdering the counterfeiting suspect.

The mayor requested that demonstrators wear masks and practice social distancing. Note to clueless: the James gang wore masks and people who loot and burn are not “demonstrators.”

How did this cultural rot take root? How did we fall so far from the idyllic city of Mary Tyler Moore? The answer has a lot to do with the politics and fuzzy thinking of those in charge.

Like most major cities, Minneapolis is run by a Democratic machine. The machine relies on two components. First, the public employee unions and the union bosses who defend even the bad actors among them. Second, liberal activist groups and community organizers. They get people elected. Once in office, those officials take care of their friends. The mayor, governor and senator all received considerable help from these groups.

Failing schools are major contributors. Minnesota has one of the largest achievement gaps in the nation. It’s not for lack of money. Both the taxpayer and the minority students are being cheated. Black kids are pushed through the system, leaving school with little real education and few marketable skills. Anger and despair are inevitable.

Blaming white nationalists for the riots was a shameless canard. The Left has used and abused the black community for decades. Joe Biden’s recent paternalistic comment underscores the problem.

Sadly, people get the government they deserve. There is little hope that we will ever return to the beautiful, livable city that Mary Tyler Moore made famous. Inept liberal politicians and the machine that made them have seen to that.