Gil Gutknecht
|
Posted: Oct 02, 2018 11:04 AM
Share   Tweet
The opinions expressed by columnists are their own and do not necessarily represent the views of Townhall.com. 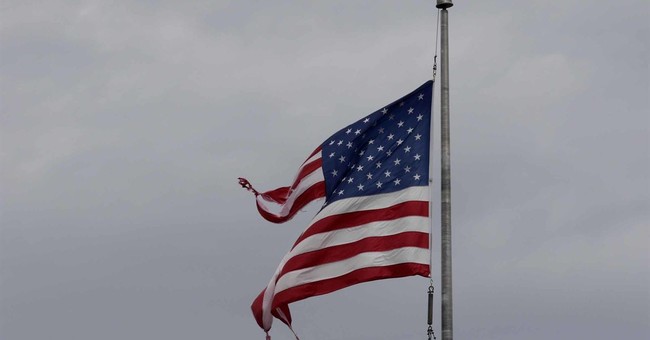 Diversity is our strength. Or so we are told by our betters.

But, is it really?

The United States is a melting pot. And yes, we are more successful than any nation in the history of our planet. We certainly appreciate authentic Italian, Mexican and Chinese foods. And we look forward to Greek Festivals and German Octoberfests. The thought police use these as examples to prove their postulate.

Our friends on the Left remind us regularly that we are a nation of immigrants. They then jump to the conclusion that we therefore must ignore the rule of law. We must accept open borders and unlimited immigration. Of course, if you question any part of this, well you are a mouth breathing, hate-filled racist.

No debate. No discussion.

As is the case with so much tripe that the Left professes, they ignore both history and human nature.

History is replete with examples of just how tribal human beings really are. Competing tribes have been warring since the beginning of time. Traveling down the Danube provides some historical perspective. The Danube is decorated with beautiful old walled castles. Those fortifications, like the Great Wall of China weren’t built to advance the wonders of diversity. They were constructed at enormous expense to keep others out!

If diversity is such a wonderful thing, why did we have to send American troops into the Balkans to separate the Croats from the Bosniacs from the Serbs? They had genuine diversity after all.

There are about eleven countries in Central and Eastern Europe that share a Slavic heritage. Why not just one? Why did the Czech Republic separate from Slovakia? To outsiders, the two are culturally indistinguishable. The answer is that they are cousins, not brothers, from slightly different tribes.

Every new group of immigrants to the United States brought with them cuisine and culture that they attempted to maintain. Until recently immigrants insisted on assimilating and becoming Americans.

But, many modern day immigrants seem disinterested in assimilation. They not only willingly add themselves to our welfare roles, they now see themselves as entitled. They do not appreciate our largess. Many come to despise us. The young Boston bombers exemplify this. As we’ve seen recently in Minnesota, some have figured out how to game the system. State inspectors, fearing that they might be considered racists, looked the other way as refugees bilked the state’s daycare system out of millions. It was TSA people at the airport who finally raised the red flag as they saw suitcases full of cash on their way out of the country.

In the Minneapolis apartment complex where thousands of refugees receive subsidized housing, the FBI has established a permanent presence to monitor potential terrorists.

So we have to ask, how does this make us stronger?

Is it any wonder that working Americans (the ones who pay for all this, the ones pulling the wagon) have had more than enough of the Left’s lecturing on the topic? They are sick of being called names by those who want to bring in more dependents to pile into that wagon. There is a growing resentment bubbling just beneath the surface. And it’s not good.

The proverb that good fences make good neighbors can be found in many cultures. We can see it in upscale gated communities. The ones that house many of the people who lecture us daily on the wonders of diversity.

Dogs mark and defend their territory. They don’t bark at other dogs coming into their yard out of racial hatred.

We Americans are actually quite neighborly. But, most of us lock our doors at night to keep our neighbors out. We choose neighborhoods, based largely on our perceptions of the culture of that neighborhood. We simply prefer to be around people who share our values.

America’s greatness has far less to do with our diversity than it does with the unique idea that regardless of where we came from, we all get an equal chance to pursue our dreams. We have no kings, serfs or nobles. We Americans are all equal under the rule of law. A child in America can climb as high as their abilities and drive will take them. Remember E Pluribus Unum? We are One nation, under God. Here our rights come from God. Not the King.

Diversity is not a bad thing. But, when people are forced to accept and subsidize those who come here illegally or will not assimilate, it can become combustible. The dismissive diversity peddlers foolishly believe that people can be shamed into ignoring their human nature and abandoning the rule of law. Like they do on so many other things, the Left advances their cultural/political agenda with a myth.

It’s time for the rest of us to challenge this myth. Trading the rock of the rule of law for some vacuous diversity is a fool’s bargain. It cannot end well.