Gerard Scimeca
|
Posted: Jan 11, 2020 12:01 AM
Share   Tweet
The opinions expressed by columnists are their own and do not necessarily represent the views of Townhall.com. 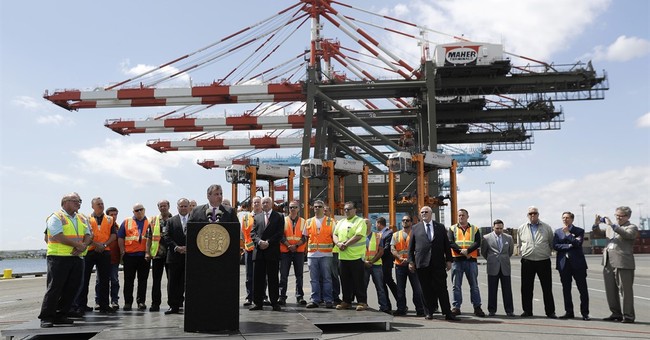 With the new decade upon us, policymakers should make a New Year’s resolution to revamp a set of environmental rules that are more outmoded than the disco era and leisure suits they predate.

NEPA was enacted with the best of intentions while the Environmental Protection Agency was still in its infancy. It began, modestly enough, as an effort to better understand potential negative impacts that major construction projects would have on their surrounding environment prior to moving forward.

While the EPA has had its problems with overreach and burdensome bureaucracy, it has at least helped to make the air easier to breathe. By contrast, however, NEPA has almost no environmental legacy to benefit America. In fact, its sole purpose seems to be to choke the life out of the economy. Over the years, NEPA morphed into a bureaucratic nightmare, making everything from new energy projects to America’s infrastructure improvements take longer than conceivably imaginable and needlessly adding astronomical costs that are ultimately borne by consumers.

The average time required to complete a NEPA assessment for something as simple as a bridge connecting two willing cities can take up to four years or more, and that’s if everything goes smoothly. If an environmentalist group feels a new project may have a negative effect on the surrounding area, they can drown it in enough litigation via NEPA to delay or even completely prevent the new project.

The Bayonne Bridge in New Jersey is a great example of this NEPA abuse. The bridge was set to be raised 64 feet in order to allow larger ships to pass through. Larger ships mean larger cargo and more economic efficiency for the consumers in the surrounding areas. Meeting its NEPA requirements alone generated 20,000 pages of environmental review at the cost of $2 million, and included $600,000 for a survey of the surrounding buildings for the sake of potential traffic impacts. After meeting requirements, the project was immediately stalled by an environmental group that claimed the Coast Guard didn’t consider the negative effects of higher port traffic, even though larger ships would likely create higher utility relative to cargo. The regulatory process ended up taking five years -- just to get the green light to begin.

Environmentalist groups have become adept at wielding NEPA as a sledgehammer to block and sometimes kill large projects. The mere threat of litigation – however baseless or absurd – can result in developers deciding to forego or abandon new projects.

In today’s competitive environment, America can’t afford to allow NEPA’s byzantine regulations to needlessly kill jobs and drain the economy. Our infrastructure is falling behind those of other developed countries. Even “green” Germany and “clean” Canada have streamlined their environmental review process. On that competitive basis, they’re doing circles around the United States.

Taking care of our environment is crucial and we have a multitude of policies in place to help accomplish that goal. But it’s no secret that American infrastructure has been neglected. Roads, utilities and power grids will continue to decay until NEPA is replaced with sensible regulations that protect both the environment and the economy.

Let American policymakers boldly lead as we start this new year. Call on policymakers to upgrade obsolete regulations of a bygone era. As the rest of the world continues to bring their infrastructure into the future, America’s roads should not lead to the past.