Georgi Boorman
|
Posted: Jan 27, 2021 9:46 AM
Share   Tweet
The opinions expressed by columnists are their own and do not necessarily represent the views of Townhall.com. 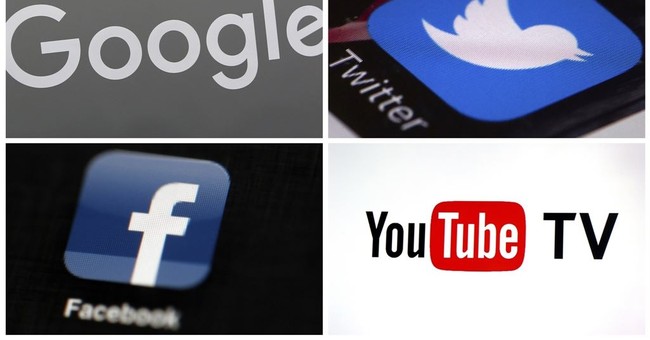 Social media platforms have exhibited some truly disturbing behavior in recent weeks, provoking anxiety over loss of freedom in America. Since Trump’s ban from several online platforms and the quashing of the growing free speech micro-blogging platform Parler by tech giants acting in concert, a debate on the right has been raging: should the right cease calling for the government to act against Big Tech censorship because these corporations are “private companies that can do whatever they want,” or should it double down on trying to keep these platforms, used by millions to billions of people that have effectively become de facto public squares, from silencing free speech?

Free market conservatives (among whom I count myself) have largely stuck with the former, traditional line of thought. The principle that "you don't have a right to use someone's services" generally promotes freedom instead of stifles it, as flexibility and the ability to set various standards (i.e., “no shirt, no shoes, no service”) is what allows businesses to become more competitive, thus expanding choice for consumers.

In defending the “private companies, private choices” argument, the same sector of the right would be quick to point out that the ability to refuse service works in even more controversial situations. Let’s say an ardent Black Lives Matter hair stylist doesn’t want to cut the hair of someone sporting a “Don’t Tread on Me” shirt. He can decline to serve that customer, and that shaggy-headed right winger has a myriad of providers to request services from, whether in the same salon or two blocks over, or from perhaps a dozen other hair stylists in his town. Cafes and hair salons are highly competitive markets, and if you won’t serve a particular kind of customer, odds are extremely good that someone else will. “Money talks,” and in competitive markets it talks louder than ideological disagreements. The BLM supporting stylist gets to follow his convictions, and the right-winger still gets a haircut. Everybody wins.

There’s just one problem with the “free market” defense on the issue at hand: unlike the hair salons and cafés, the social media market isn’t really that “free.”

Social media giants including Facebook, Instagram, Twitter and YouTube hold pseudo-monopolies. This is due in large part to the fact that while they may be easy to toggle in and out of, the market is highly illiquid in the sense that the influencers whom users come to the platforms to hear from cannot just pick up their hard-earned followers and “go somewhere else” if the terms of service unfavorably change or they’re censored. They’ve invested in building a following on specific platforms and in many cases other platforms are not analogous enough to rebuild with the content strategies that made them successful on the platform from which they are migrating. For instance, Trump would not do nearly as well on BlogSpot as he would on Twitter, Parler, or even Instagram.

Millions of small businesses, too, depend on Facebook’s large user base and ability to target demographics to drive traffic to their products and services. Banning a business from advertising can wipe out its site traffic, and therefore revenue, almost instantaneously. That’s what happened to PatrioticMe, a small online shop selling patriotic merchandise that had its ad account permanently disabled by Facebook with no explanation.

In short, social media giants are not like hair salons or even banks; there is no analogous, easily accessible version just a few clicks away that can meet an influencer’s or a business’ needs because the large, immobile user bases are their most powerful feature. The closest a platform has come to a Twitter analog for political speech was Parler, and Big Tech collusion put it on life support in a manner of hours.

Though free market conservatives mean well in their instinctive protection of the decisions of private firms, the woke left that runs Big Tech is simply using it as a fig leaf for totalitarianism. Not only was Parler knocked out by collusive forces among natural monopolies (Apple, Google, and Amazon), but it seems the social media giants and the mega corporations that technologically support them aren’t even pretending to be free market actors anymore, even as they claim the rights and freedoms of private enterprise. They are behaving more like fascist governments that needn’t concern themselves with quarterly earnings.

The most frightening thing about Twitter banning Donald Trump wasn’t that they banned him for allegedly “inciting an insurrection,” it was that they banned him knowing it would tank their stock prices and they did it anyway. It’s one thing for a salon stylist to turn down the odd right winger in an “offensive” T-shirt in favor of cutting the hair of the guy waiting behind him; it’s quite another to systematically suppress unapproved speech and ban highly influential people that have kept users coming back to the platform, likely translating into a significant loss of ad revenue.

This is not how free market actors behave, and although not every outraged voice on the right has wise ideas about what to do about Big Tech censorship, they instinctively realize that this isn’t a market free enough to produce its own remedy, even if they can’t quite articulate it. When the major players in a market no longer act like competitive profit-seekers but collusive monopoly-holders at best and fascist social engineers at worst, it is no longer responsible to call it a “free market” and excuse their censorship as “private decisions that the market will punish.” It isn’t, and it won’t.

If the private policies of mega-corporations produce essentially the same effect as a government diktat, then a defense of true freedom requires engaging proposals for reforming Section 230 and requiring speech platforms “open to the public” to behave as what they’ve billed themselves as: public squares. To instead insist “they’re private companies making private decisions,” especially as Democrats in power align themselves with Big Tech censors, is to cede the digital public squares of America to the control of totalitarians. The social media market is not free enough to allow alternative companies to counteract totalitarian corporate censorship, and we cannot build effective opposition to censorship without first doing away with that pretense.