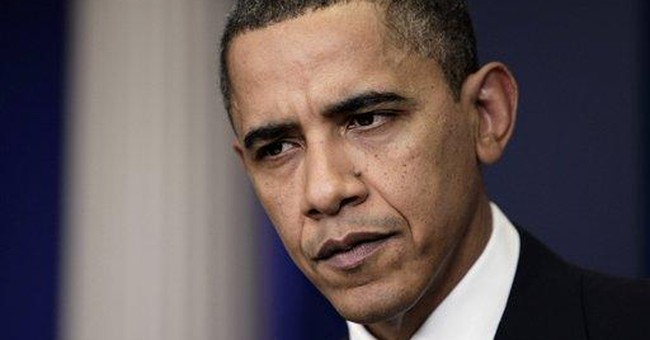 WASHINGTON -- The Republican presidential nominee, an Arizona senator, was a maverick, which was part of his charm. He spoke and acted impulsively, which was part of his problem. Voters thought his entertaining dimensions might be incompatible with presidential responsibilities. For example, he selected a running mate most Americans had never heard of and who had negligible experience pertinent to the presidency. This was 1964.

Barry Goldwater, whose seat John McCain occupies, chose to run with Bill Miller, a congressman from Lockport, N.Y., near Buffalo. Miller, Goldwater cheerfully explained, annoyed Lyndon Johnson. After the Goldwater-Miller ticket lost 44 states, Miller retired to Lockport where he practiced law and lived in dignified anonymity until his death in 1983. Although he had served as an assistant prosecutor of Nazi war criminals at Nuremberg, and seven terms in Congress, no one suggested he should be considered for the 1968 Republican presidential nomination.

Yet Sarah Palin, who with 17 months remaining in her single term as Alaska's governor quit the only serious office she has ever held, is obsessively discussed as a possible candidate in 2012. Why? She is not going to be president and will not be the Republican nominee unless the party wants to lose at least 44 states.

Conservatives, who rightly respect markets as generally reliable gauges of consumer preferences, should notice that the political market is speaking clearly: The more attention Palin receives, the fewer Americans consider her presidential timber. The latest Washington Post/ABC News poll shows that 71 percent of Americans -- including 52 percent of Republicans -- think she is not qualified to be president.

This is not her fault. She is what she is, and what she is merits no disdain. She is feisty and public-spirited, and millions of people vibrate like tuning forks to her rhetoric. When she was suddenly forced to take a walk on the highest wire in America's political circus, she showed grit.

She also showed that grit is no substitute for seasoning. She has been subjected to such irrational vituperation -- loathing largely born of snobbery -- she can be forgiven for seeking the balm of adulation from friendly audiences.

America, its luck exhausted, at last has a president from the academic culture, that grating blend of knowingness and unrealism. But the reaction against this must somewhat please him. That reaction is populism, a celebration of intellectual ordinariness. This is not a stance that will strengthen the Republican Party, which recently has become ruinously weak among highly educated whites. Besides, full-throated populism has not won a national election in 178 years, since Andrew Jackson was re-elected in 1832.

After William Jennings Bryan's defeat in 1908, his third as the Democrats' presidential nominee, this prototypical populist said he felt like the man who, thrown out of a bar for a third time, dusted himself off and said, "I'm beginning to think those fellows don't want me in there." In 1992, Ross Perot, an only-in-America phenomenon -- a billionaire populist -- won 19 percent of the popular vote. But because of the winner-take-all allocation of electoral votes, he won none of those. In 1976, Jimmy Carter -- peanut farmer; carried his own suitcase, imagine that -- somewhat tapped America's durable but shallow reservoir of populism. By 1980, ordinariness in high office had lost its allure.

In 1968, George Wallace, promising to toss the briefcases of pointy-headed intellectuals into the Potomac, won 46 electoral votes with 13.5 percent of the popular vote. He had the populist's trifecta -- a vivid personality, a regional base and a burning issue. Actually, he had three such issues -- backlash against the civil rights revolution, social disintegration (urban riots, rising crime) and resentment of the progressive projects of Great Society social engineers (e.g., forced busing of other people's children).

Populism has had as many incarnations as it has had provocations, but its constant ingredient has been resentment, and hence whininess. Populism does not wax in tranquil times; it is a cathartic response to serious problems. But it always wanes because it never seems serious as a solution.

Political nature abhors a vacuum, which is what often exists for a year or two in a party after it loses a presidential election. But today's saturation journalism, mesmerized by presidential politics and ravenous for material, requires a steady stream of political novelties. In that role, Palin is united with the media in a relationship of mutual loathing. This is not her fault. But neither is it her validation.