Dose of Realism in a Drug War 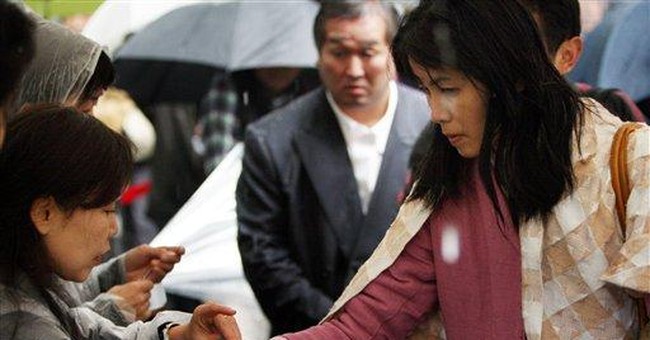 WASHINGTON -- During his immersion in his new job, Gil Kerlikowske attended a focus group of 7-year-old girls and was mystified by their talk about "farm parties." Then he realized they meant "pharm parties" -- sampling pharmaceuticals from their parents' medicine cabinets. What he learned -- besides that young humans have less native sense than young dachshunds have -- is that his job has wrinkles unanticipated when he became director of the Office of National Drug Control Policy.

"People," he says, "want a different conversation" about drug policies. With his first report to the president early next year, he could increase the quotient of realism.

Law enforcement has a "can do culture" but it also instructs its practitioners about what cannot be done, at least by law enforcement alone. Kerlikowske, who was top cop in Buffalo and then Seattle, knows that officers sweeping drug users from cities' streets feel as though they are "regurgitating perps through the system."

He dryly notes that "not many people think the drug war is a success." Furthermore, the recession's toll on state budgets has concentrated minds on the costs of drug offense incarcerations -- costs that in some states are larger than expenditures on secondary education. Fortunately, the first drug courts were established two decades ago and today there are 2,300 nationwide, pointing drug policy away from punishment and toward treatment.

Kerlikowske is familiar with Portugal's experience since 2001 with decriminalization of all drugs, including heroin and cocaine. Nature made Kerlikowske laconic and experience has made him prudent, so he steers clear of the "L" word, legalization, even regarding marijuana.

Asked if he thinks that is a "gateway" drug leading to worse substances, he answers obliquely: "You don't find many heroin users who didn't start with marijuana." And he warns that more intense cultivation of marijuana is yielding a product with notably high THC content -- the potent ingredient.

In 1998, the United Nations, with its penchant for empty grandstanding, committed its members to "eliminating or significantly reducing" opium, cocaine and marijuana production by 2008, en route to a "drug-free world." Nowadays the U.N. is pleased that the drug trade has "stabilized."

The Economist magazine says this means that more than 200 million people -- almost 5 percent of the world's adult population -- take illegal drugs, the same proportion as a decade ago. The annual U.S. bill for attempting to diminish the supply of drugs is $40 billion. Of the 1.5 million Americans arrested each year on drug offenses, half a million are incarcerated. "Tougher drug laws are the main reason why one in five black American men spend some time behind bars," The Economist said.

"There is no correlation between the harshness of drug laws and the incidence of drug-taking: citizens living under tough regimes (notably America but also Britain) take more drugs, not fewer." Do cultural differences explain this? Evidently not: "Even in fairly similar countries tough rules make little difference to the number of addicts: harsh Sweden and more liberal Norway have precisely the same addiction rates."

The good news is the progress America has made against tobacco, which is more addictive than most illegal drugs. And then there is alcohol.

In "Waking Giant: America in the Age of Jackson," historian David S. Reynolds writes that in 1820, Americans spent on liquor a sum larger than the federal government's budget. By the mid-1820s, annual per capita consumption of absolute alcohol reached seven gallons, more than three times today's rate. "Most employers," Reynolds reports, "assumed that their workers needed strong drink for stimulation: a typical workday included two bells, one rung at 11 a.m. and the other at 4 p.m., that summoned employees for alcoholic drinks."

The elderly Walt Whitman said, "It is very hard for the present generation anyhow to understand the drinkingness of those years. ... it is quite incommunicable." In 1842, a Springfield, Ill., teetotaler named Lincoln said that liquor was "like the Egyptian angel of death, commissioned to slay, if not the first, the fairest born in every family." Which helps explain why the nation sobered up (somewhat; these things are relative). One reason crack cocaine use has declined is that a generation of inner-city young people saw what it did to their parents and older siblings.

Kerlikowske can hope that social learning, although slow and intermittent, is on his side. But perhaps he knows the axiom that experience is a great teacher, but submits steep bills.