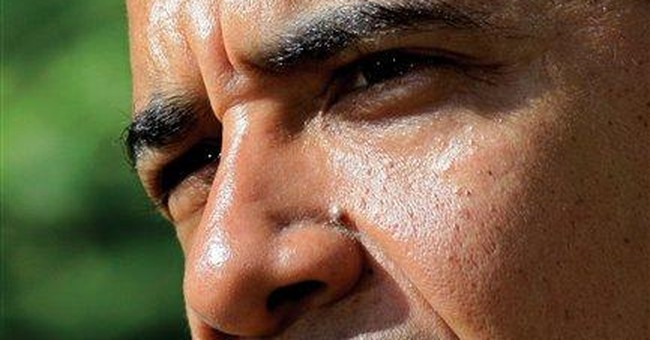 WASHINGTON -- For several decades, most of the ingenuity that liberal academics have invested in First Amendment analysis has aimed to justify limiting the core activity that the amendment was written to protect -- political speech. These analyses treat free speech as not an inherent good but as a merely instrumental good, something justified by serving other ends -- therefore something to be balanced against, and abridged to advance, other goods.

The good for which Zephyr Teachout would regulate speech is combating corruption, which, as she understands it, encompasses most of contemporary politics. A visiting law professor at Duke, writing in the Cornell Law Review ("The Anti-Corruption Principle"), she makes an astonishingly sweeping argument for emancipating government from First Amendment restrictions on its powers to regulate political speech -- speech about the government's composition and conduct.

Hitherto, most arguments for such emancipation -- for McCain-Feingold and other measures regulating the quantity, content and timing of political speech -- have rested on the supposed need to curb corruption or the "appearance" thereof, with corruption understood as quid pro quo transactions, political favors exchanged for financial favors. But bribery has long been criminalized, and courts are wary about allowing the criminalizing of the constant transactions of mutual support between politicians and factions.

Teachout's capacious definition of corruption includes even an unseemly "attitude" of citizens as well as officeholders "toward public service." She says the Framers thought limiting corruption was their "primary task." Therefore the "anti-corruption principle" should have "as much weight" as the First Amendment, giving Congress considerable "leeway" to regulate the political "process," which is mostly speech. What Teachout disparagingly calls "the apotheosis of speech" and "the sanctified meme of 'free speech'" is, she says, "a serious problem" requiring a rethinking of "the proper relationship of speech to self-serving public actors."

She advocates, as proponents of an elastic Constitution often do, an "evolving standard," this time a standard about how we define, measure and condemn "self-serving" behavior, aka corruption. This standard might license Congress to restrict speech in order to combat:

"Unequal access" to the political process; "unfair deployment of wealth"; "undue influence" by this or that group; speech that is "distorting" or lacks "proportionality" or results in "drowned voices" or a "passive" or "dispirited" public or that causes a "loss of political integrity" or creates "moral failings for members of Congress." Such speech might not be constitutionally protected if we properly "refine the meaning of the privilege of political speech."

So, political speech is not a right but a privilege, something granted by government when government deems it consistent with what Teachout calls the "equally important" anti-corruption principle. Imagine the "self-serving" uses incumbent legislators might have for the terms in the paragraph above as reasons for restricting political speech.

The word "corruption" or some permutation of it occurs 58 times in the 85 essays that are the Federalist Papers. James Madison wrote not only many of the papers but also this: "Congress shall make no law ... abridging the freedom of speech." He saw no conflict between that proscription and efforts to minimize corruption. He and other Framers considered corruption a vice requiring constant vigilance precisely because it is inextricably entwined with a virtue, America's vast scope -- constitutionally protected scope -- for self-interested behavior, including political speech.

Congressional Democrats want to kill a small voucher program that gave some mostly poor and minority students alternatives to the District of Columbia's failing public schools, and the Obama administration spent additional billions to avoid a declaration of bankruptcy by General Motors. Some people think both decisions represented disinterested assessments of the public good. Others think the decisions represented obeisance by Democrats to the teachers' and autoworkers' unions, respectively. If the decisions were such obeisance, they were, by Teachout's standards, corrupt.

If corruption is as ubiquitous as Teachout's standard ("self-serving" behavior) says, then reasons for restricting political speech also are ubiquitous. Under today's regulatory and redistributionist government, which is busily allocating wealth and opportunity, politics frequently "appears" to many people "self-serving." It will not, however, be prettified by regulating speech.

If Teachout considers the politics produced by today's gargantuan government unlovely, she should not try to further enlarge the government by empowering it to comprehensively regulate speech about government. Instead, she should join the movement to restrain government's incessant regulating and redistributing transactions on behalf of myriad factions -- transactions that create more and more clamorous factions. The movement is called conservatism.