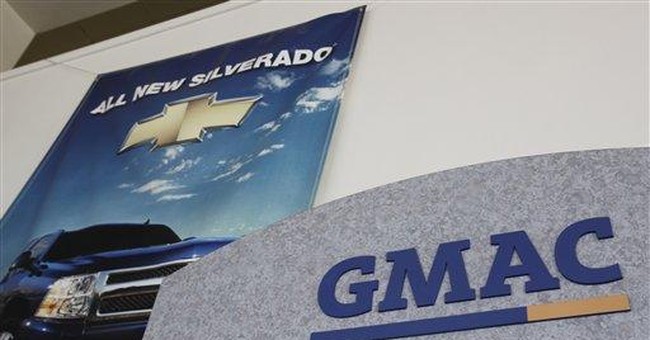 WASHINGTON -- Gulliver's travels took him to the Academy of Lagado, where "professors contrive new rules and methods" for everything: "One man shall do the work of ten; a palace may be built in a week, of materials so durable as to last forever without repairing. All the fruits of the earth shall come to maturity at whatever season we think fit to choose, and increase a hundredfold more than they do at present." There was, however, the "inconvenience" that "none of these projects" had yet come to fruition and "the whole country lies miserably waste." But "instead of being discouraged," people were "fifty times more violently bent upon prosecuting their schemes," which included "extracting sunbeams out of cucumbers."

At the Academy of Obama, professors and others devise plans for extracting a new and improved automobile industry from a semi-sort-of-bankruptcy arrangement that -- if it survives judicial scrutiny; that is not certain -- will give the United Auto Workers 39 percent of General Motors, with the government owning 50 percent. During future contract negotiations, will the union's adversary be an administration that the union helped to put in power?

The UAW will own 55 percent of Chrysler, so perhaps the union will sit on both sides of the table in negotiations. They should go smoothly, although the UAW may think it has made sufficient concessions, such as the one that says henceforth overtime pay will not begin until the worker has toiled 40 hours in a week.

Many months and many billions of dollars are being wasted by the administration's determination to spare the car companies, and especially the UAW, the rigors of a straightforward bankruptcy. The president's "surgical" bankruptcy plan for Chrysler requires some of the company's lenders, mostly non-banks, to receive less than they would as secured creditors under bankruptcy law.

The law may still make itself heard over the political thunder. Meanwhile, the president faults these "speculators" for not being as cooperative as are most of the banks that have lent to Chrysler. But the banks are compliant because they are mendicants: Having taken the government's money, they are the government's minions.

When the president was recently asked what had "humbled" him in office, he mentioned that "there are a lot of different power centers" in America, so, for example, "I can't just press a button and suddenly have the bankers do exactly what I want." Perhaps not a button, and not exactly what he wants, but in dealing with Detroit he pressed and they were accommodating.

It is Demagoguery 101 to identify an unpopular minority to blame for problems. The president has chosen to blame "speculators" -- aka investors; anyone who buys a share of a company's stock is speculating about the company's future -- for Chrysler's bankruptcy and the dubious legality of his proposal. Yet he simultaneously says he hopes that private investors will begin supplanting government as a source of capital for the companies. Breathes there an investor/speculator with such a stunted sense of risk that he or she would go into business with this capricious government?

Its chief executive says: "If the Japanese can design (an) affordable, well-designed hybrid, then, doggone it, the American people should be able to do the same." Yes they can -- if the American manufacturer can do what Toyota does with the Prius: Sell its hybrid without significant, if any, profit and sustain this practice, as Toyota does, by selling about twice as many of the gas-thirsty pickup trucks that the president thinks are destroying the planet.

Obama overflows with advice for Americans who he thinks need admonitions such as "wash your hands when you shake hands" and "cover your mouth when you cough." He also advises that this is a good time for Americans to put their hygienic hands on the steering wheel of a new car. He hopes buyers will choose American cars. A sensible person might add: Buyers should choose cars made by the Ford Motor Company.

This is so because Ford has, so far, avoided becoming an appendage of the government. And because the national interest will not be served by GM and Chrysler flourishing. It might cost taxpayers more in the short run, but in the long run it will be less costly for the country if the government finds its confident plunge into industrial policy so unpleasant that, sadder but wiser, the incumbent professors and others will flee from such adventures in extracting sunbeams from cucumbers.