The Wreck of the Racial Spoils System 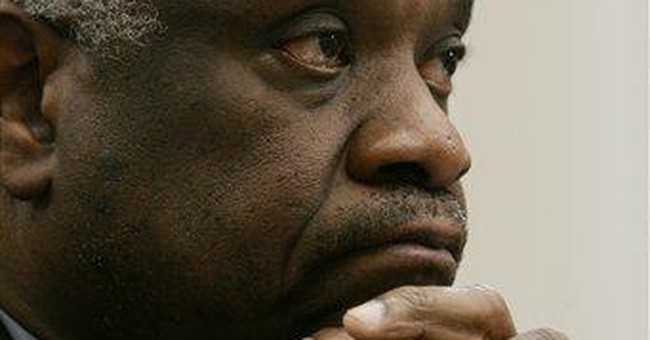 WASHINGTON -- Wednesday morning, a lawyer defending in the Supreme Court what the city of New Haven, Conn., did to Frank Ricci and 17 other white firemen (including one Hispanic) was not 20 seconds into his argument when Chief Justice John Roberts interrupted to ask: Would it have been lawful if the city had decided to disregard the results of the exam to select firemen for promotion because it selected too many black and too few white candidates?

In 2003, the city gave promotion exams -- prepared by a firm specializing in employment tests, and approved, as federal law requires, by independent experts -- to 118 candidates, 27 of them black. None of the blacks did well enough to qualify for the 15 immediately available promotions. After a rabble-rousing minister with close ties to the mayor disrupted meetings and warned of dire political consequences if the city promoted persons from the list generated by the exams, the city said: No one will be promoted.

The city called this a "race-neutral" outcome because no group was disadvantaged more than any other. So, New Haven's idea of equal treatment is to equally deny promotions to those who did not earn them and those, including Ricci, who did.

Ricci may be the rock upon which America's racial spoils system finally founders. He prepared for the 2003 exams by quitting his second job, buying the more than $1,000 worth of books the city recommended, paying to have them read onto audiotapes (he is dyslexic), taking practice tests and practice interviews. His studying -- sometimes 13 hours a day -- earned him the sixth-highest score on the exam. He and others denied promotions sued, charging violations of the 1964 Civil Rights Act and the Constitution's guarantee of equal protection of the law.

The city claims that the 1964 act (BEG ITAL)compelled(END ITAL) it to disregard the exam results. The act makes it unlawful for employers to discriminate against an individual regarding the "terms, conditions, or privileges of employment because of such individual's race." And two Senate supporters of the 1964 act, both of them leading liberals (Pennsylvania Democrat Joseph Clark and New Jersey Republican Clifford Case), insisted that it would not require "that employers abandon bona fide qualification tests where, because of differences in background and educations, members of some groups are able to perform better on these tests than members of other groups."

In a 1971 case, however, the Supreme Court sowed confusion by holding that the 1964 act proscribes not only overt discrimination but also "practices that are fair in form, but discriminatory in operation." But what New Haven ignored is that the court, while proscribing tests that were "discriminatory" in having a "disparate impact" on certain preferred minorities, has held that a disparate impact is unlawful only if there is, and the employer refuses to adopt, an equally valid measurement of competence that would have less disparate impact, or if the measurement is not relevant to "business necessity." One of the city's flimsy excuses for disregarding its exam results was that someone from a rival exam-writing firm said that although he had not read the exam the city used, his company could write a better one.

New Haven has not defended its implicit quota system as a remedy for previous discrimination, and has not justified it as a way of achieving "diversity," which can be a permissible objective for schools' admissions policies, but not in employment decisions. Rather, the city says it was justified in ignoring the exam results because otherwise it might have faced a "disparate impact" lawsuit.

So, to avoid defending the defensible in court, it did the indefensible. It used anxiety about a potential challenge under a statute to justify its violation of the Constitution. And it got sued.

Racial spoils systems must involve incessant mischief because they require a rhetorical fog of euphemisms and blurry categories (e.g., "race-conscious" measures that somehow do not constitute racial discrimination) to obscure stark facts, such as: If Ricci and half a dozen others who earned high scores were not white, the city would have proceeded with the promotions.

Some supporters of New Haven, perhaps recognizing intellectual bankruptcy when defending it, propose a squishy fudge: Return the case to the trial court to clarify the city's motivation. But the motivation is obvious: to profit politically from what Roberts has called the "sordid business" of "divvying us up by race."