Replacing Joe Biden with Leon Panetta Could Save America

George Mullen
|
Posted: Sep 19, 2021 12:01 AM
Share   Tweet
The opinions expressed by columnists are their own and do not necessarily represent the views of Townhall.com. 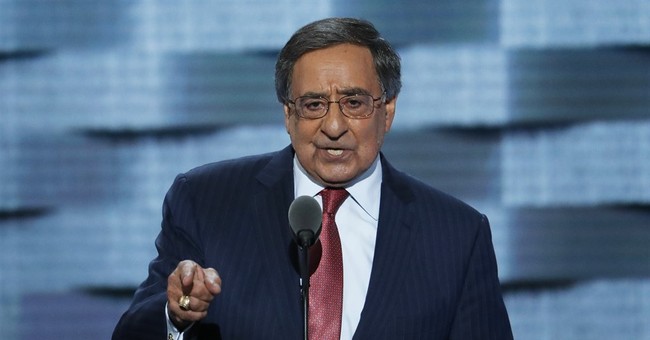 The inept Afghanistan exit is one of the worst self-inflicted foreign policy disasters in America's history, and it took Joe Biden only seven months to make it happen.  Likewise, look at the chaos and human misery he has unleashed on America’s southern border, again in just seven months.  And now, America’s oldest ally France has recalled their ambassador in outrage over a Biden policy.

Bottom line, President Biden’s incompetence is imperiling America’s future.  He needs to be replaced…and as soon as possible.

The problem is, few on the left, and even fewer on the right, feel comfortable with who sits in the line of presidential succession.  First is Vice President (Kamala Harris), second is Speaker of the House (Nancy Pelosi), and third is President pro tempore of the Senate (Patrick Leahy).  For most of us, these are not viable alternatives.

However, the fourth in line presents a unique opportunity.  This being Secretary of State (Antony Blinken) — who should have already resigned over the Afghanistan debacle.

Obviously, the Democrats don't want to lose political power, but they also recognize that with Biden in office their prospects are rapidly dimming for 2022 and 2024.  The Republicans, on the other hand, are feeling the wind at their backs.  But maintaining the status quo for another three years could do irreparable harm to our nation.  America is a nuclear armed power with numerous deadly adversaries.  And Afghanistan has proven that waiting out Biden’s term is no longer a viable option, the risks are simply too high.

As such, Republicans and Democrats need to come together to find a viable solution — America must have a serious and competent leader at the helm.  Too many lives depend upon it.  But such a solution will only succeed if the replacement president is a respected Democrat, and one Republicans can live with.

There is one person alone who fits this billing — Leon Panetta.

This is the ideal outcome for our nation.

Similar to calling in Benjamin Franklin at age 81 to help draft the U.S. Constitution in 1787, Leon Panetta could be the key elder statesman of our day.  He is also one of the few key players never to have run for president, proving he is not power hungry.

Panetta is an experienced stabilizing hand who may prove to be the healer-in-chief our nation needs in these turbulent times.  He is respected by American civilians, as well as the U.S. Military.  And he won’t be the puppet of the hard left socialists that Biden is.

With Panetta at the helm, America would again be respected on the world stage.  Our allies know him and respect him.  Our opponents in China, Russia, Iran, al-Qaeda, Taliban, also know him, and see him as a tough and serious adversary.  In fact, he was the CIA Director during the hunt and killing of Osama bin Laden.  Panetta also knows the Afghanistan situation better than most, and will understand how to navigate our current predicament.

Panetta is also unafraid to do interviews on Fox News — as exemplified by his 20 minute interview with Fox's Neil Cavuto on September 13, 2021.  We need a president for all of America, and that means a president with the courage to take tough questions from all media outlets.  Not just those who throw softballs.

As far as the 2024 election, Panetta's depth and experience make him a far tougher opponent for the resurgent Donald Trump.  (Harris, Sanders, Warren, Newsom, and most of the others pale in comparison.)  And if Panetta decides not to run in 2024, the Democrat who wins the nomination will be able to run on the stability Panetta brought to the nation.

For Kamala Harris, three years as Vice President under President Panetta may be just the experience she needs to mount a serious run in 2024.  Time will tell.

If Harris, Pelosi, or Leahy refuse to stand aside in succession though, the plan fails at onset.  Clearly none of them are ready to be president, nor will Republicans support them.  Plus, any one of them stepping in as president now will be highly unpopular and only compound Democrat problems for 2022 and 2024.

As the situation stands today, the Panetta option will help the political future of the Democrats marginally more than the Republicans.  This is because it gets the Democrats out of their no-win Biden box.  Far more importantly though, this option saves the American Republic from an existential threat.  The Republicans need to stand tall and do what's right for the nation, politics be damned.  Americans will recognize and reward those who make this happen.

This plan should also be played out in the open for all the nation and world to see.  If secretly finessed, it might be viewed as a coup d'etat.

Could this Panetta succession plan present a constitutional crisis?  Perhaps.  Some may argue it is an end-run around our election process.  This effort is unconventional to be sure, but we are dealing with a dangerous and unprecedented crisis.  This plan follows the legal line of succession and with the leadership of both parties on board, it should pass muster.  The Supreme Court will have solid grounds to reject challenges.

Is there a better option?

If not, damn the torpedoes and full speed ahead with executing the Panetta option.

George Mullen authored "The Coming Financial Tsunami" (2005) and "Welcome to the Bubble Economy" (2006), which accurately predicted the 2007-08 global economic crash.  He is spearheading Sunbreak Ranch in the effort to end America's homeless crisis.  He is a principal of StudioRevolution.com in San Diego, California.