George Mullen
|
Posted: Apr 14, 2020 3:00 PM
Share   Tweet
The opinions expressed by columnists are their own and do not necessarily represent the views of Townhall.com. 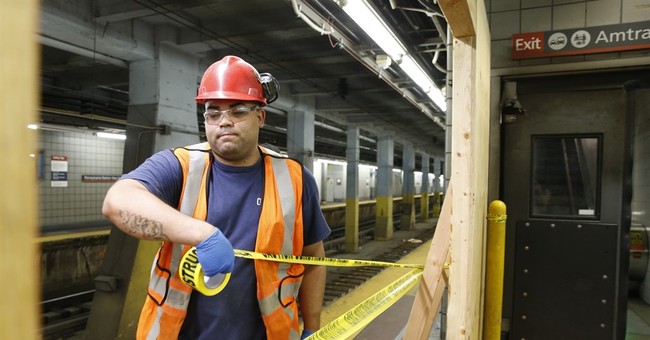 When Socrates swallowed hemlock in 399 B.C. he already knew the outcome. The United States, on the other hand, is unwittingly swallowing economic hemlock in the fight against the coronavirus.  America is presently pursuing a panic-based, blind gamble – with massive risk to all of us.

Is the coronavirus pandemic a serious once-in-a-lifetime challenge?  Yes. Is economic suicide the cure?  No. This is not an either-or choice between a full shutdown and no shutdown at all.  This is about taking a thoughtful, multi-faceted, region-by-region approach to fight a serious health threat while keeping our economy moving forward.

The large response to my recent article America’s Economic Engine Will Defeat the Coronavirus, Not Fear merits a deeper discussion about why America's economic shutdown choice is so dangerous.

When China was hit by the coronavirus, it locked down the hotspot Hubei region (Wuhan included) of 58 million people.  This shutdown encompassed only 4.1% of China's 1.4 billion population.  When America was hit a few months later by the coronavirus, our nation's 50 state governors chose not to thoughtfully lockdown our hotspots, but instead panicked and effectively shut down 100% of America's 330 million people.  It became a race by the governors to see who could outdo who in executive orders for sheltering-in-place, social-distancing, and shutting down independent businesses.  And the world community naturally followed America's lead – resulting in panic and a global economic shutdown with billions of people now under stay-at-home orders.  (Sweden is the one industrialized Western democracy pursuing a more balanced approach.)

Italy and Spain, on the other hand, chose national shutdowns – of course their land masses, population sizes, and economies are tiny in comparison.  (Both are also economic basket cases and long-known as PIGS nations: Portugal-Italy-Greece-Spain.)  Astonishingly, America's governors chose to follow the PIGS model with a one-size-fits-all economic shutdown.

The magnitude of the financial carnage going on behind the scenes of this global economic shutdown is simply too vast to understand or quantify.  In the past three weeks alone, over 17 million Americans have lost their jobs.  And this is only the beginning – this number will soon rise to over 35 million – and most of these jobs won't be coming back.

The global economy is like a massive chain of dominos that circles the globe innumerable times.  This chain has good times and bad times, but it continues to endure the challenges that hit it.  However, it has one major unseen vulnerability that can set in motion a global "domino effect" wave – and this vulnerability is a prolonged stop of daily business activity.  This daily business activity is what fuels each and every domino in the chain ahead.  The global economy can sustain a day or two of shutdown when the unexpected happens like Pearl Harbor or September 11th.  However, a month or two risks a global economic meltdown worse than the Great Depression of the 1930's.

We are not just talking about our economy being put at risk, we are talking about jeopardizing the engine of civilization itself.

When one person suddenly loses their job and can't make their upcoming rent or mortgage payments, it is a significant problem that could lead to their eviction or foreclosure.  However, when 35 million people can't make their upcoming rent or mortgage payments, it becomes a massive problem for those 35 million as well as their landlords, lending institutions, and banks.  And when landlords, lending institutions, and banks subsequently can't make their upcoming payroll or bond interest payments, a cataclysmic problem develops for the credit markets and our entire economy.  This is when the wave of dominos begins careening downward – and this is exactly where we are today.  The $2 trillion economic stimulus and $1,200 checks will do little to forestall the inevitable cascade; even if said stimulus temporarily thrills Wall Street traders.

Over two-thirds of our economy is consumer-driven – and the ripple effects of this shutdown are too vast to imagine or model.  When these 35 million plus Americans can't make their upcoming rent or mortgage payments, they soon eliminate going out to dinner and bars altogether, end their gym memberships, stop buying the newest iPhones, cease traveling, flying, staying in hotels, and so on.

On top of that, there are over 30 million small businesses in America and the median small business has enough cash on hand to sustain itself for about one month.  We are already past that one month period.  And why would a small business person (who doesn't see business revenue quickly bouncing back even after the indefinitely prolonged shutdown ends) want to take out a low interest SBA loan?  It would be just throwing more good money after bad.  As such, the majority of small businesses are not likely to reopen their doors. More dominos falling.

Now put a multiplier on these ramifications to account for the wider global impact with nearly 8 billion people involved.  With America being only 4% of the world's population, you can see that we are looking at a worldwide financial tsunami.

The global economy is not a water faucet that can be turned off and on at will.  There will be consequences.

Consider the significant global shocks of the past century and our reactions:

In short, our 2020 economic shutdown reaction has never been tried before – not in any previous pandemics, world wars, or otherwise.  This is a Frankenstein-level experiment, and it isn't being driven by proven innovator successes like Elon Musk, Jeff Bezos, Bill Gates, Steve Jobs, Jack Welsh, and the like.  Instead, it is being led by the bureaucrat types who operate our DMV, VA, Post Office, as well as 50 governors who are vying for political attention.  Does this untried approach with this leadership team strike you as a good bet?

America’s mighty economic engine is geared to solve problems, provide answers to questions, and deliver supply where demand exists.  We should be encouraging our free-market economy to roar now like never before.  By doing so, we will rapidly see the arrival of vaccines, treatments and therapeutics; testing kits aplenty; new and creative disinfecting mechanisms; personal protective equipment including masks, gloves, ventilators, and ICU beds en masse; as well as every other needed supply, including enough toilet paper for those who still wish to hoard.

None of this can happen when we are ordered to stay home.  The government doesn't make even one of these needed products – our free-market economy does.

There are more thoughtful ways of fighting this pandemic than the current one-size-fits-all approach – and reigniting America's mighty economic engine is the central component to doing so.  This approach can and should be coupled with maintaining lockdowns on hotspots like New York City, Seattle, New Orleans and the like; curtailing travel where necessary; enforcing social distancing; requiring masks and gloves outside of the house; levying fines for going out sick; protecting our elderly, chronically ill, and homeless populations; and so on.

Again, this is not an either-or choice about how we approach this problem.  This is about pursuing a thoughtful, multi-faceted, region-by-region strategy to defeat the health threat while also keeping our economy moving forward.  America's biggest enemies right now are fear and panic, not the pandemic.

George Mullen is spearheading Sunbreak Ranch in the effort to end America's homeless crisis.  He is known as author of "The Coming Financial Tsunami" (2005) and "Welcome to the Bubble Economy" (2006) which accurately predicted the 2007-08 global economic crash.  He is a principal of StudioRevolution.com in San Diego, California