The New American Age of Peace, Prosperity, and Innovation

George Mullen
|
Posted: Jun 12, 2018 12:01 AM
Share   Tweet
The opinions expressed by columnists are their own and do not necessarily represent the views of Townhall.com. 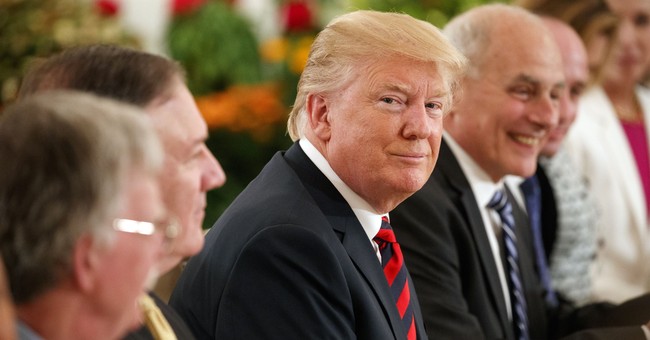 The media and public hysteria surrounding President Trump is masking something extraordinary – we may be entering a new American age of peace, prosperity, and innovation, the likes of which has never been seen before.

We will let history judge President Trump's tweets, rhetoric, and personal demeanor.  The results of his policies are what are important – and they are decisively positive thus far. America is turning away from the reckless economic policies that led to the financial tsunami of 2007-2009, away from the Socialist-Orwellian responses to it, and away from 30 years of Middle East wars that produced death, destruction, and debt.  These pivots are favorable for America, as well as the global community.

The reasons for optimism:

All of the above is fomenting a new global business-friendly era with a focus upon innovation – technological, scientific, space-based, and in every other realm imaginable.  If these trends hold, the future looks bright indeed.

Most importantly, the hysteria surrounding President Trump, coupled with overblown fears of a global trade war, means this new golden era is not yet perceived or priced into the markets.  This spells opportunity.