What Congress Can do About Amnesty 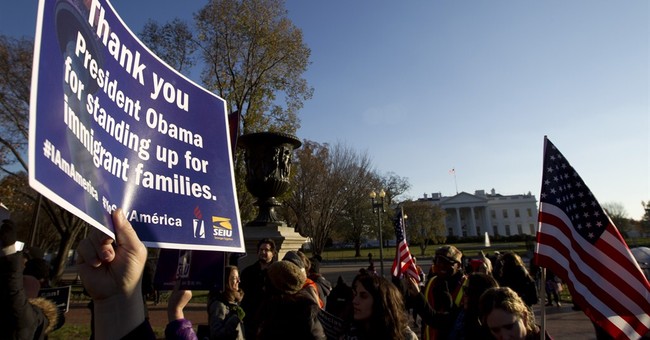 Starting in January, Republicans will no longer be, in the formulation of House Speaker John Boehner, “one-half of one-third of the government.” They will have control of the entire Congress, the one-third of the government which the Founding Fathers deemed should be solely responsible for matters of immigration and citizenship. As such, they will have the power to reverse the President’s Amnesty Declaration and send back the thirty million illegal aliens who are currently in the US. How should they proceed?

This five-prong strategy can only succeed if the Republicans are as bold and aggressive as the Democrats always are. Just ask yourself, “What would Harry Reid do?” They need to employ the tactics that have a proven track record of success. Cowering in the corner has never won anything. Always losing the fight because our guy has one hand tied behind his back, while the other guy uses two hands is a foolish strategy. They need to remember what is at stake and that nobody likes a weakling for a leader.