George Landrith
|
Posted: May 31, 2019 2:56 PM
Share   Tweet
The opinions expressed by columnists are their own and do not necessarily represent the views of Townhall.com. 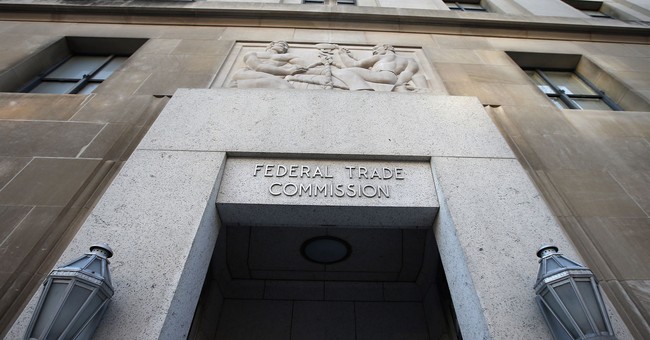 Under our current law, federal charges can be brought for arson when a person willfully and maliciously sets fire to a building, structure or vessel.  Federal bank robbery charges must include evidence that a person, by force or intimidation, takes or attempts to take something of value belonging to a bank, credit union, or any savings and loan association.  And if a new bipartisan bill from two senators were to be enacted, a prima facie case for "unfair or deceptive" conduct would require the government to show that a person...filed for a patent.

Yes, we've somehow reached the point where inventing something is only OK if you don't plan to protect that invention with a patent.  Maybe the next step will be to outlaw invention altogether, but I suppose we can be thankful we're not there yet.  For now, Senators John Cornyn (R-TX) and Richard Blumenthal (D-CT) have proposed a new law where if you have discovered a way to help some sick patients and then invest capital in new research that may have the effect of helping additional sick patients, you are presumed liable under the antitrust laws if that new investment leads to a patentable invention.

To ground us in reality -- sometimes you have a medicine that helps a group of people get better.  In those cases, it should not only be legal, it should be encouraged to pursue additional research to see if that medicine can be improved further, or help people fight other diseases.

After making such an investment, can you hope to argue your way out against the government antitrust enforcers?  Good luck with that, since you are starting with presumed guilt.  But perhaps it would be wiser, before you undertake resource-intensive research, to check in with the newly installed innovation czars at the Federal Trade Commission.  In this way, the FTC will decide who lives and who dies.  It’s a reincarnation of the Obamacare death panels, only with FTC bureaucrats instead of bureaucrats appointed by the Department of Health and Human Services.

Companies would also be well advised to study what disease areas are most likely to elicit the sympathy or personal interest of FTC commissioners or their immediate family members and tailor their R&D budgets accordingly.  If your research turns out to be insufficient to meet the FTC standards for a substantial benefit, you may not only have wasted your money, you may have committed an antitrust violation.

But what about the Constitution?  Well you see, our nation's founding fathers clearly were unaware of the all-knowing powers of the Federal Trade Commission when they specified a right to one’s own inventions (your Intellectual Property) as the only individual right described in the text of the Constitution.  And the icing on this big-government cake is that the FTC can bring this new charge in their kangaroo court of FTC administrative litigation, where the FTC acts as prosecutor, judge and jury.

This bill claims to be about prescription affordability (it is titled the Affordable Prescriptions for Patients Act, or APP Act), but nothing in it makes prescriptions more affordable.  The most likely direct effect on pricing will be the cost of parking near the FTC, while diminishing the property rights of American innovators.  Antitrust lawyers will certainly derive some benefit, but that could increase their hourly rates if demand for their services goes up.  So maybe the APP acronym is really for the Antitrust Practitioners Paradise created by this legislation.