The US Is Still a Beacon of Hope 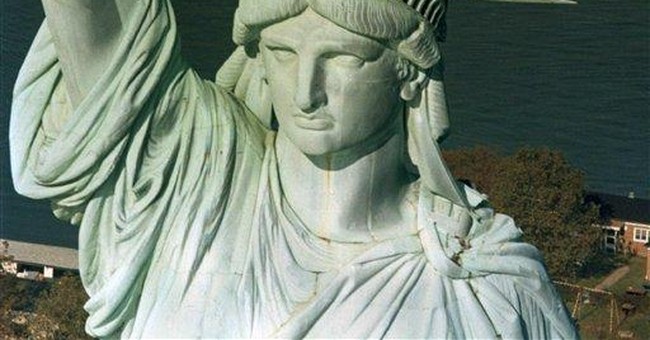 “People forget what a beacon this country has always been and still is and is going to remain. People forget how unique we are next to so much of the rest of the world. We ought to nurture that, preserve that, and at the risk of sounding maudlin, have a little more self-belief than we do now.”

Gayle Trotter interviewed Pulitzer Prize-winning author Bret Stephens about his book, America in Retreat: The New Isolationism and the Coming Global Disorder. Bret is the foreign affairs columnist and deputy editorial page editor of The Wall Street Journal. This is the fourth in a four part series.

This is my final question. The example that I loved so much in your book referenced a yacht moored in Manhattan. It was a really great illustration of some of the points that you made in your book. Can you share about that yacht?

My commute takes me up the West Side along the Hudson River. Staring out the window one day, I noticed there was this yacht that was unimaginably large. It turned out it was a yacht owned by Roman Abramovich, one of the richest men in Russia, although he spends a lot of his time in Britain. The yacht is called the Eclipse. It's 533 feet long. That's longer than an American naval destroyer. It has its own mini submarine. It has two helicopters and pools. At the time, the Eclipse was the largest private yacht in the world. I first noticed it in the winter. I think it was March and I thought, "Why is that yacht here?" That should be somewhere nice. It was tied up to a pier, on 45th or maybe 48th Street, but it was tied up to a pier week after week in really dreary weather. I thought, "What's going on there?"

A few months later, Mr. Abramovich's girlfriend had a baby and the baby was born in the United States. You might say she's an anchor baby, if you will. Not long after the child was born, the yacht went off presumably to ply warmer waters. So I used that as an example.

Now, why would a guy like Roman Abramovich (one of the richest men in the world, owner of the Chelsea Football Club and he has a good relationship with Vladimir Putin), why would he be keen to have his child have the certainty of American citizenship? Why is it that so many Chinese billionaires, in a country that presumably is going to rule the twenty-first century, are trying to get out of China? Why are all these luxury, ultra-luxurious condominiums going up on 57th Street here in New York? Who is buying these $30 million apartments? Increasingly it's very rich Russians, very rich Chinese, rich Venezuelans, you name it.

I grew up in Mexico City and as a child we used to drive up to McAllen, Texas from Mexico. It was one of those very narrow Mexican roads, one lane going north, one lane going south and you drive for hours on end and finally after all this driving in Mexico, you get to McAllen. Now, McAllen is frankly not a lot to write home about. It's not like a major tourist destination, but I remember you could turn on the tap and you could drink water straight from the tap. I always thought, "Wow, that's amazing." Then you go into movie theaters and it was air-conditioned and you could watch three movies and I remember as a child thinking, "Everything about McAllen is fantastic." If a cop stopped you, it's because you had, I don't know, run a red light or something. It wasn't because they were just trying to get a bribe out of you.

When you grow up in a place like Mexico, and, frankly, so many other places where there isn't clean running water and where there aren't honest policeman and when there isn't a nice air conditioned multiplex, you suddenly realize that the United States has things that Americans take for granted, but are, in fact, incredibly special. I think it's that perspective that informs so much of, not only what I write about in this book, but the way I think about foreign policy and the way I think about the United States.

People forget what a beacon this country has always been and still is and is going to remain. People forget how unique we are next to so much of the rest of the world. We ought to nurture that, preserve that, and at the risk of sounding maudlin, have a little more self-belief than we do now. I mean that both for Democrats as well as Republicans. My book is not about decline. It's not called America in Decline. Decline happens due to huge civilizational forces. Europe is in decline, Japan is in decline, Russia is in decline. America is simply in retreat. That's happening because of policy choices. Those policy choices can be reversed and this is an argument for why they ought to be reversed.

Thank you so much for your time, Bret.