When Democracy Leads to Illiberal Outcomes 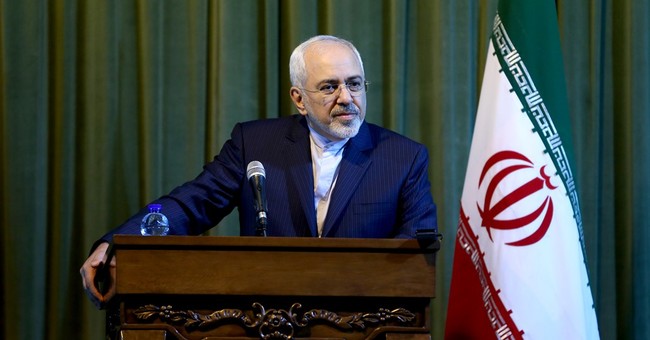 Editor's note: Part one of this series is available here, and part two, here.

“The number one beneficiaries of liberalization in Iran are the Iranians sitting on the other end of the table from the Western businessmen who all are going to be either IRGC Commanders in a former in life or a current IRGC Commanders wearing civilian clothes. So how much of this money trickles down to average people and how much of it simply enriches the ruling IRGC class? I would argue that part of the problem with this deal we have with Iran is that we are enriching precisely the elements of Iranian society that we would prefer to impoverish and we are not, in fact, empowering ordinary middle class, bourgeois Iranians who are not part of the power structures to gain more power.”

Gayle Trotter interviewed Pulitzer Prize-winning author Bret Stephens about his book, America in Retreat: The New Isolationism and the Coming Global Disorder. Bret is the foreign affairs columnist and deputy editorial page editor of The Wall Street Journal. This is the third in a four-part series.

You did an excellent job and I think you demonstrate your thesis very well. I will mention that I shared with you my recent piece for The Hill where I advocate promoting American style democracy across the world. So I'm with you ninety-nine percent of the way, but I went back and reread your criticism of George W. Bush in his inaugural address when he said, "We want to end tyranny now, in our age." I realize that maybe what people reacted to so negatively was the “now.”

The problem with the Bush administration is that I think it took what I call a Rousseauian view of human nature. Jean-Jacques Rousseau, the great French philosopher, says man is born free and yet everywhere he is in chains. The essential argument there is that man is basically a good person who is meant to live in a free society and, yet, for historical reasons, cultural reasons, he's been enshackled. So the job of politics is to break those shackles so that he can be free.

Now, earlier contract theorists like Locke and Hobbes took a much more measured approach to human nature. They said, "Yeah, up to a point, but man is also in many respects, wicked, avaricious,” and so on. Part of the job of government is not simply allowing men and women to be free, but it's also to curb those instincts and to govern them or to suppress them sometimes.

I think George W. Bush was a Rousseauian. He thought, you know what, if we get rid of the dictator and the institutions of dictatorship, if we hold an election, then people are naturally going to be liberal, in the best sense. Liberal instincts are going to come out. They're going to play by the rules of participatory democracy, this is going to instill values of turnabout, fairness, respect for the rights of the minority, the political minority, perhaps religious minorities, and it doesn't work that way. What we found out when we had elections throughout the Middle East is that the first parties to get into power were parties advocating religious fundamentalism, illiberal parties.

So democracy, or democratic mechanisms and procedures, can also lead very swiftly to illiberal outcomes, people who want to stay in power forever or parties that advocate the suppression of fundamental rights. We saw that with the Palestinian election of Hamas, the Egyptian election of the Muslin Brotherhood, and frankly, Russian support for a guy like Vladimir Putin.

There was a utopian aspect there and we need a conservative foreign policy that says we want a policy that is going to support other free societies. We want a foreign policy that is going to encourage movements towards reform, but is also going to understand that we live in a world where it's not the natural instinct of everyone, every civilization, every culture, to want freedom and to want freedom now. We have to respect that and we have to shape institutions that may, over time, lead you to better outcomes.

South Korea, which I just mentioned, was under a dictatorship when we came to protect it in 1950. It was a dictatorship for more than 30 years, but it became a wealthier dictatorship and as wealth increased, people became more liberal -- I'm using this in a classical sense -- in their political viewpoints. Eventually the dictatorship fell. Now, South Korea is a blooming liberal capitalist democracy. So you have it all.

So a little bit of the chicken and the egg problem? You work at the Wall Street Journal, which is focused on economics, free markets, free people. There are many businessmen who want to go into Iran, and they say, "Okay, we'll ignore the political situation in Iran. We'll go in with our iPhones and our entrepreneurship and all that and it'll be a bottom up revolution that will end up changing, possibly, the political structure in Iran."

That's a view and a debate I often have with Fareed Zakaria. I rib him. I say he's a hopeless neoconservative. It would be nice if it were true, but the evidence of that is fairly mixed. I mean the greatest argument in favor of that is to look at China. China maintained a political dictatorship, but it's become wealthier, freer, more open to the world. Look at a country that continues not only to ruthlessly suppress dissent, has become increasingly aggressive in terms of its foreign policy towards all of its neighbors, but also a country that never did, in fact, make the transition from a kind of autocratic capitalism to liberal capitalism. On the contrary, at a certain point it went from being autocratically capitalist to sort of autocratically statist. More and more of the Chinese economy, one way or another, is under the control of the communist party. There is a great deal more corruption. This is part of what's happening in China today. The evidence of that is not very good. When it comes to Iran, twenty percent of the economy and almost all of the major significant industries are run by the IRGC, the Revolutionary Guards Corps.

The number one beneficiaries of liberalization in Iran, the guys who are -- the Iranians sitting on the other end of the table from the Western businessmen are all going to be either IRGC Commanders in a former in life or a current IRGC Commanders wearing civilian clothes. So how much of this money trickles down to average people and how much of it simply enriches the ruling IRGC class? I would argue that part of the problem with this deal we have with Iran is that we are enriching precisely the elements of Iranian society that we would prefer to impoverish and we are not, in fact, empowering ordinary middle class, bourgeois Iranians who are not part of the power structures to gain more power.

On the contrary, we are benefitting precisely the people who are going to be competing with them. The private business against the IRGC connected business. Who is going to win there? Especially in the wake of sanctions relief and so on. So it's just not so simple that you liberalize your economy and eventually you get more liberal outcomes. Truth is a complex thing and if you look at the experience of the world, there are no simple recipes. Certainly there is no simple recipe that says just open your economy somewhat and eventually you're going to get the right political output.