Rioters May Win Big in November Under Bail 'Reform' Movement

Gavin Wax
|
Posted: Sep 02, 2020 2:06 PM
Share   Tweet
The opinions expressed by columnists are their own and do not necessarily represent the views of Townhall.com. 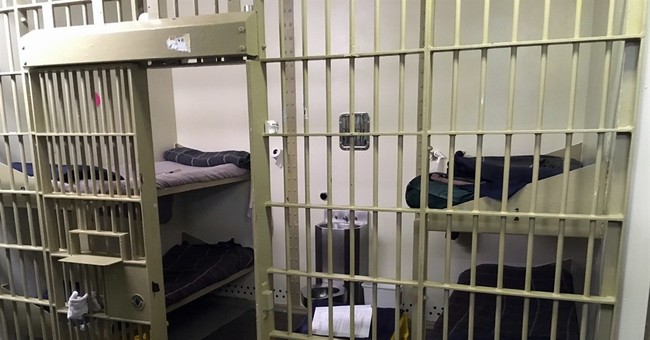 The national war on bail is not a “reform” to the criminal justice system. It’s an assault against crime victims and a subversion of community standards and jurisprudence dating back centuries. Will Americans reject it this November?

The movement to end bail as we know it is already securing victory in liberal parts of California, Illinois, Kentucky, Michigan, New Jersey, New Mexico, New York, and Wisconsin. Statewide and even national overhauls of the bail system will either directly or indirectly be on ballots this November.

More and more, however, bail reform is becoming a national issue. As the Joe Biden-Kamala Harris presidential campaign boldly encourages Americans to donate to groups specifically organized for bailing out violent protesters, one of the hardest hit cities is quickly releasing arrested rioters without bail.

In Portland, Oregon, journalist Andy Ngo has documented a large number of these no-bail releases, including here, here, here, and here.

On the surface, the narrative in favor of so-called bail reform is agreeable. Why should a person accused of a crime, who is also presumed innocent, wallow in a cell awaiting trial just because they can’t afford to pay their bail amount?

The argument for preserving the bail system may not be as instantly heart-tugging. But it is vital to protecting not only the accused, but the rest of the society as well.

As should be well known, excessive bail amounts are illegal under the Eighth Amendment to the Bill of Rights in the U.S. Constitution. The case for ending bail altogether, then, cannot be built on the claim that bail amounts are too excessive.

Bail is a part of the U.S. Constitution, because, like many other parts of American jurisprudence, it dates back eight centuries in the English common law tradition.

Posting bail is a promise to appear in court on one’s trial date and its duration. In exchange, the court promises to pay back the bail amount. How much the bail is, or whether any bail will be granted at all, is traditionally up to the judge, within some parameters. Case-by-case decisions require a balance of many factors, including a defendant’s flight risk or danger to the public, etc.

Without the bail amount, a promise to appear can easily amount to hollow words. The subsequent consequences should be obvious. Missed court dates mean more fines and longer jail time, the exact opposite of what bail reformers say they’re pursuing.

Defendants who can’t pay their bail amounts may turn to friends or family or a commercial bail bond service. The following analogy need not be taken too far, but in the situation where a third party is asked to post bail for someone, there is a value similar to that of a trial by jury of one’s peers.

Certainly, it is not an indicator of guilt for a defendant to fail to post bail, and that doesn’t change even if that means no friend, family, or business or charity would help out either. The importance, however, is that the public has a say when a defendant offers nothing else personally in order to be released to the public by the court.

The role of community as a mediator between the individual and the state should never be underestimated. Unfortunately, the community’s role in the bail process is never brought up by those bail reformers who presume to be the utmost advocates of justice for all.

The public pays a price in a more literal fashion when defendants skip court dates or become fugitives. Instead of bail bonds companies taking responsibility for getting their client to court, the taxpayer foots the bill. Like all services performed by the state, they’re always more costly and less efficient than the private option.

In Spokane, Washington, taxpayers ended up shelling out more than $5 million annually when the private bail industry was overtaken by a new public system, and their jail population actually increased, according to a 2018 report featured in a collection of nationwide reports compiled by the Professional Bondsmen of Texas.

Among other patterns of failure for recent state and local bail reforms, the Texas group found that without sufficient supervision, the failure to appear rate inevitably rose, but also that the necessary supervision was excessively expensive. Jail populations weren’t decreased either, they found.

In addition to being a top law and order issue, bail reform also impacts the already straining economy. Small businesses are getting killed under the Covid-19 lockdowns and mandates, but while Amazon can swoop in on the retail shopping market, commercial bail is an indispensable small business industry that provides solid employment opportunities.

Unemployment is still too high to be conducting social justice experiments that require cutting out the private bail industry.

President Donald Trump could make a positive impact on rolling back bail reform if he withheld federal money to states that effectively prohibit bail companies from doing business. As long as a state wants federal money, make sure its judges retain the discretion power to set bail on a case-by-case basis, then let bail companies take the lead over costly public programs.

America needs its bail industry, to restore order, jobs, and community. The social engineers who think they can just wipe out the bail system and replace it with an incoherent utopian vision should no longer be given the benefit of the doubt. Their emotional appeals only result in more injustice. A more traditional approach would mend the harm done and prevent more down the line.