Gavin Wax
|
Posted: Nov 04, 2018 1:01 AM
Share   Tweet
The opinions expressed by columnists are their own and do not necessarily represent the views of Townhall.com. 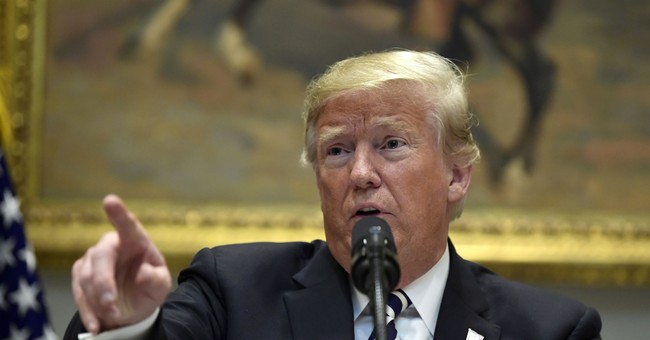 One thing the American Right has forgotten through their bromides in favor of hyper individualism and the meandering status quo-ism is that humans are inherently collective beings. Now while things like land collectivization and seizing the means of production are terrible as public policies, humans do yearn to connect with others under the banner of a shared, common culture, language, background, and history.

Families, tribes, churches, fraternities, and other voluntary organic collectives are an integral and necessary part of the human experience. One such collective, I argue, is more important than all of those. It is the nation. Without a strong nation, all else collapses beneath it. When Americans are united amongst a common patriotism, everything else seems to fall into place. When they are not, the Constitution becomes little more than a piece of paper and society crumbles.

The neoliberal and neoconservative consensus - indeed, two wings on the same bird of prey feasting away at what's left of the health and prosperity of America - have pushed a false ideology upon us. This ideology rewards rampant consumerism instead of thrift. It rewards selfishness at the expense of the greater good. It has caused free-falling birth rates, widespread cultural degeneracy, a fractured and atomized populous, the dumbing down of society, and now jeopardizes the future of Western Civilization as we know it.

This consensus is under attack like never before. With the legacy media faltering and public rage on the uptick, the perfect storm was formed and the inconceivable effect of President Donald Trump happened. This has sent shockwaves through the world, as the madman-in-chief dances to the beat of his own drummer. But there is clearly a method to his madness. He has re-introduced nationalism back into the public zeitgeist at a time when it is desperately needed. This is the antidote to the failed Republican dogma that has allowed the left to grow so formidable over the years.

Conservatives, many of whom are well-meaning polite individuals, fell into the trap of being assimilated to the establishment and adopting their value system. After years in the Beltway, they grew to care more about how some cocktail parties viewed them than doing what was right for their nation. Unfashionable issues on borders, foreign policy, trade, etc. can get you isolated in Washington DC and quickly out of a job. These conservatives were happy to cling to their think-tank credentials, their media perches, their bureaucratic positions, and other establishment spoils while America was pissed away on their watch.

Groups such as libertarians on the other hand were once the insurgents pushing back against the conservative status quo, but once they achieved a bit of success, they fell into the same trappings. They began to moderate themselves at the behest of political consultants, grew comfortable in their government posts, became accustomed to the attention and accolades of the spotlight, and could shortly no longer be differentiated from the establishment. Now, they are situated on the sidelines as irrelevant as they ever were with very few exceptions.

Trump's aggressive push for nationalism will make it difficult for the mistakes of conservatism and libertarianism to be replicated once more. By keeping the focus on 'America First', it makes it difficult for special interests and oligarchs to co-opt the phenomenon he built. When the Koch Brothers propose globalist trade deals under 'free market' pretenses, it was difficult for a tea party conservative or libertarian to mount an effective argument against that policy. But for a nationalistic Trump Republican, it is second nature. If it doesn't put America first, the policy must be rejected every single time without exception.

Trump's message discipline is admirable. Although he may get caught in the weeds while making attacks on Twitter, he never loses focus of the big picture. It's not about big government or small government. It is not about a set of esoteric principles that are no longer germane. It is not about maintaining the facade of prestige within rotting government institutions. It is only about making America as independent, secure, healthy and prosperous as possible. Nationalism is the only possible defense of Western Civilization against radical leftist globalism. We are blessed to have a President in the oval office who understands that reality.