Gary Shapiro
|
Posted: Jun 22, 2019 12:01 AM
Share   Tweet
The opinions expressed by columnists are their own and do not necessarily represent the views of Townhall.com. 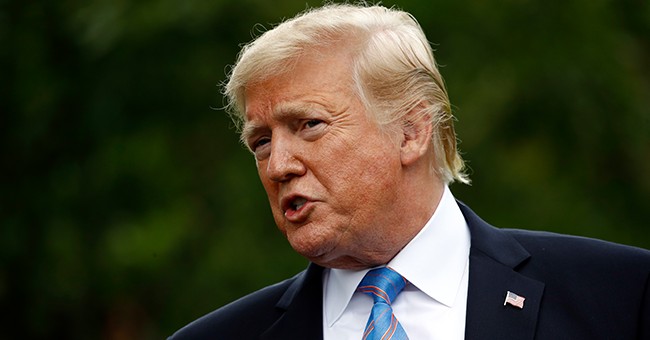 President Trump’s barrage of tariffs could blow up our economy in a way not seen since Congress passed the 1930 Smoot-Hawley Tariff Act. We know how that ended. It took World War II to get us out of the worst depression our nation ever faced.

The analogies between then and now are striking. Overwhelmingly, economists opposed the tariffs in 1930. Today, Peter Navarro, who serves in the White House, is the only economist I know of who thinks tariffs are a good idea. And last week he suggested we pull out of the World Trade Organization (WTO), despite the fact the U.S. helped create it and the WTO has mostly sided with the U.S. in resolving trade disagreements. Navarro wants to build an economic fence around the U.S. with unprecedented isolationism.

In 1930, trade was a tiny percentage of our GDP. Today, it represents more than 27%. Going isolationist in 2019 would gut many of our biggest companies and exporters.

Why? Because we not only have global supply networks, but when we sell globally, countries - some of them our biggest customers - retaliate.

China has already blocked U.S. agriculture exports and held American cars on Chinese docks. It is reportedly considering blocking rare earth mineral exports to the U.S. and blacklisting companies. In 1930, Congress put tariffs on thousands of products, countries retaliated with similar tariffs, and the world economy spiraled downward into a dust bowl of poverty.

There are differences, of course. It was Congress’ actions that in large part sparked the Great Depression. Today, our president is expanding executive power intended for narrow grants of emergency and abusing other tariff limitations granted by Congress. He said Canada was a national security threat to justify imposing steel and aluminum tariffs. He keeps adding new tariffs on China without the required statutory proof of harm. And the president is still weighing tariffs on European and Japanese automakers.

As the president and his administration build an economic fence around the nation - threatening a healthy economy - congressional power erodes. President Trump’s actions isolate us from trade with the 95% of the global population that does not live in the U.S. Meanwhile, as we escalate disputes with our largest trading partners, economic warning signs pile up. The market is increasingly volatile. Investors are running for cover. Consumers are beginning to feel the tariff bite. Aggressive trade wars are hastening the end of one of the strongest economies in U.S. history.

History will judge this era harshly. The next recession will not be just the “Trump Recession” - it will be all of ours to own and survive. We must change course, so tomorrow doesn’t bring a full-blown depression.

Gary Shapiro is president and CEO of the Consumer Technology Association (CTA)™, the U.S. trade association representing more than 2,200 consumer technology companies, and a New York Times best-selling author. He is the author of the book, Ninja Future: Secrets to Success in the New World of Innovation. His views are his own.