What Do Conservatives Do Now? (Part Two)

Gary Aminoff
|
Posted: Feb 09, 2021 12:01 AM
Share   Tweet
The opinions expressed by columnists are their own and do not necessarily represent the views of Townhall.com. 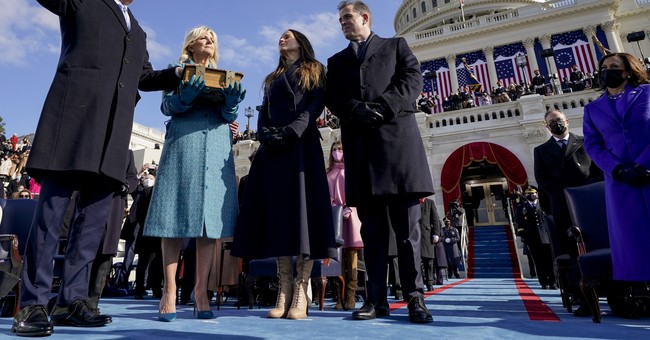 Editor's Note: This is Part Two in a two-part series. You can read Part One here.

In my previous article, I laid out the general case for why conservatives need to take action to ensure the taking back of the House and Senate in 2022 and electing a Republican president in 2024.

In this part, I lay out a few specific actions that each of us can take to make a difference for the Republican Party during the next two to four years.

Here are those recommendations.

1. Do not give up. Ever. Opportunities will present themselves. We have to be ready to take advantage of them. Democrats are known for overreaching, for pushing the envelope too far.  Rank and file Democrats will sooner or later become aware of how their party is hurting them economically. When that happens, we need to start talking to Democrats about how electing Republicans will benefit them.

2. Do not leave the Republican Party. I know that you are probably disappointed in the party. We all are to some extent. But a third party is not the answer. We can use the infrastructure of the GOP to rebuild. And we have some real champions in Congress. Let us work with them and other elected GOP officials to let them know that we support their defense of the Constitution. We also need to let our Republican representatives and senators know we expect them to have a backbone. Let us elect some new young conservatives and phase out the old establishment fossils who forgot what we stand for. We really can make this Party into what we want it to be.  It will take some effort, but we are up to it. Do not, I repeat, do not, do not, form or join a third party.  If you have any sense of political history, you should know that third parties are where votes go to die. All a third party will do is split the conservative vote and give carte blanche to the Democrats. Third parties have never been successful in America. Stay with the Republican Party, get involved in it, change it, and make it work.

3. Get more involved in local politics. Consider running for office. If you don’t know where to begin, no problem. We have a lot of people who will get you off the ground running. If you do not want to run for office, do your best to recruit people who will. Support your local candidates. We must find and elect moral leaders - leaders who live and represent conservative values. Not only do we need to elevate those leaders to federal and state offices, but also, and perhaps even more importantly, to local school boards, water boards, city councils, and other offices. We should have conservative leaders at every level of government.

4. Let our Republicans in Congress know that we expect them to vote as a unified party against any piece of legislation that a) is not constitutional and b) is not consistent with conservative values.  If it does not meet those standards, we expect every Republican member of Congress, in unity, to vote against it.  Also, write to Democrat congressmen who vote for bills that are unconstitutional or detrimental to the country. Let them know why we think they are wrong to support that legislation.

5. Election integrity is a big issue. We should count every legal vote and no illegal ones. Get involved with some groups working to ensure election integrity, such as the Election Integrity Project, GotFreedom?, True the Vote, the Heritage Foundation, the Amistad Project, Public Interest Legal Foundation, and others.  In the 2020 election, there is substantial evidence of foreign interference in the form of misinformation posted on social media sites by the Chinese, Russians, and Iranians, which influenced voters to either stay home or vote for Democrats. There is also evidence that some jurisdictions counted votes from voters who were ineligible to vote.  We need to ensure that the next election is as honest as possible.

6. Here is a big one.  We need to form and invest in alternatives to “Big Tech.”  Otherwise, we will be at the mercy of those technology companies that virtually control public speech in this country.  If we do not want to have our voice stifled or canceled, we must do this.  It will take time, and it will not be easy, but we have people with the capital and the knowledge on our team to make it happen. Republicans can build a Twitter or a Facebook equivalent. And we must make it open to everyone, not just conservatives. The currently existing alternatives are echo chambers where we are only talking to each other.  We need to be able to dialogue with those who do not share our ideology.

7. Get the word out. We have ideas. Let us express them. Write articles, letters to the editor, books, anything.  Any time one sees something in the news section that we know to be untrue, we should send a letter to the editor or comment on the story online and state the truth. We need to get the facts out to inform people.  Speak to a service club or a community organization, or a church group. Convey what we stand for. They do not hear it.  One of our country’s major problems is that people are by and large uneducated or misinformed about who Republicans are.

8. Get involved in community service.  We can talk all we want about who we are, but nothing speaks louder than action. There are many ways you can find to do something meaningful in your community.  When you do, let them know you are a Republican. It will make a difference when they see that Republicans care about the community. Republican clubs and local Republican parties should also have community service programs.  Providing service to our community is significant and can make a big difference in the perception of Republicans.  It will also make a big difference in how you feel about yourself.

9. Get organized to take back the House of Representatives in 2022.  Start now. If there is no Republican running in your congressional district, find someone.  Get your local Party to back them. Set up a ground game. Contact all Republican voters in the community - get them to 1) support that candidate financially, 2) vote. Republican turnout for elections has been low.  Do something about that. Also, lend financial support to candidates in other districts or states that can win if they have enough funding.

These are a few suggestions. You might even think of some I missed. If we, all of us, actively do these things, we can win back the House and Senate next year, and we will elect a Republican president in 2024. I guarantee it.

Gary Aminoff is the founder of the San Fernando Valley Republican Club. He was an officer of the Republican Party of Los Angeles County for the past 18 years, recently retiring from that position when he moved to South Carolina.  He blogs at beartotheright.com and, you can reach him at  gary@beartotheright.com .