Senator Manchin Could Be Only Firewall Against Radical Environmental Legislation

Gabriella Hoffman
|
Posted: Jan 18, 2021 12:01 AM
Share   Tweet
The opinions expressed by columnists are their own and do not necessarily represent the views of Townhall.com. 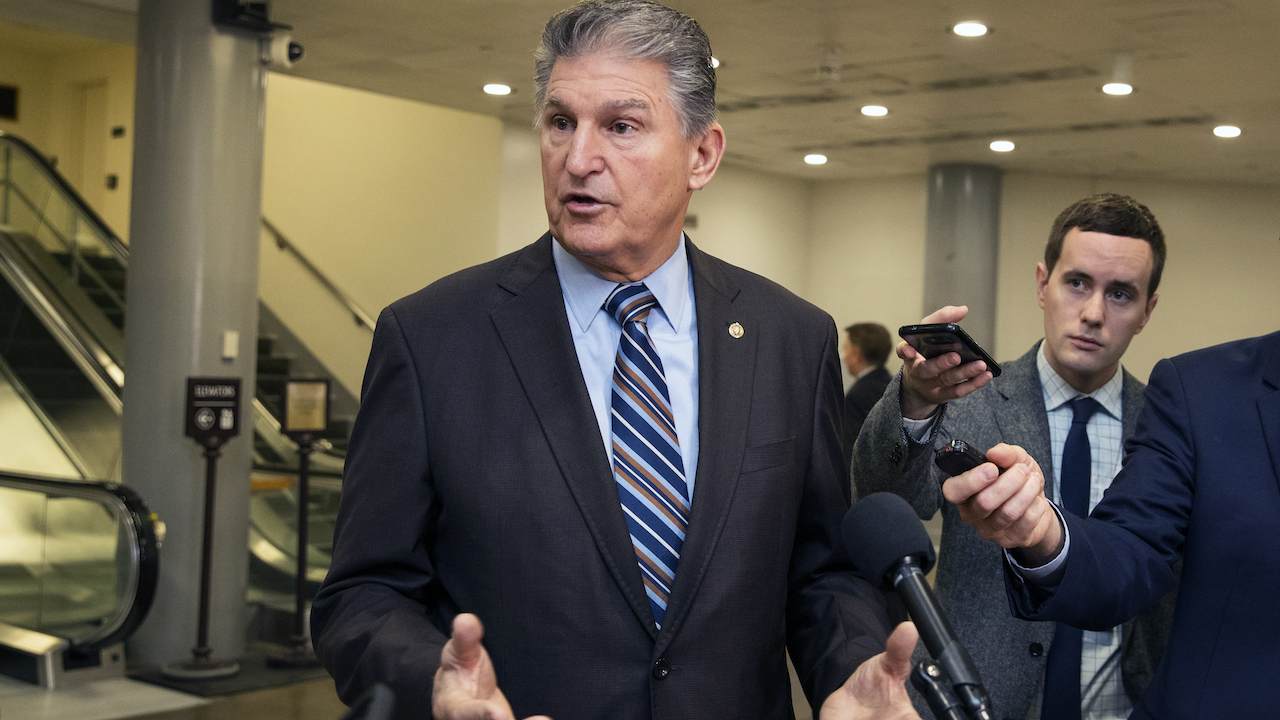 The West Virginia senator, a moderate Democrat from ruby red West Virginia, is expected to become chairman of the Senate Committee on Energy and Natural Resources.

The committee is seen as the most “non-partisan” or “bipartisan” entity focusing on “energy resources and development, including regulation, conservation, strategic petroleum reserves and appliance standards; nuclear energy; Indian affairs; public lands and their renewable resources; surface mining, Federal coal, oil, and gas, other mineral leasing; territories and insular possessions; and water resources.”

Here are several reasons why Manchin, an avid hunter and gun owner, may be our saving grace in the U.S. Senate—for now.

Not only is the West Virginia lawmaker seen as a bulwark against far-left policies, but he’s expected to lend a moderate voice on matters concerning energy and natural resources.

For instance, Manchin famously put a bullet through cap-and-trade legislation in a 2010 campaign ad. Unlike most Senate Democrats, he takes a middle path on climate policies calling for phasing out oil and gas.

Why is that? Per the U.S. Energy Information Administration, West Virginia is overwhelmingly reliant on coal-fired electric power plants—which account for 91% of the state’s electricity net generation. The state is the second-largest coal producer in the U.S. after Wyoming. It is the sixth-largest producer of natural gas too.

If Manchin were to support radical environmental policies, his constituents wouldn’t be happy and could vote him out in 2024—a year he could be politically vulnerable.

In 2018, he secured 49.57% of the vote against Patrick Morrissey’s 46.26% —his narrowest electoral victory ever. Moreover, the Mountain State now skews heavily Republican. Trump won the state 68.6% to Biden’s 29.7%. Governor Jim Justice switched to the GOP in 2017. And in November, the party increased their majority in the state legislature.

I think the senator is cognizant of his political future, so he will be mindful of how he votes.

Manchin Has Reliable Bipartisan Streak (When He Wants To)

In November, Senator Manchin’s office issued this statement about working with Senator John Barrasso (R-WY), incoming Ranking Member, on the committee, saying, “I was pleased to learn Senator Barrasso will join me to lead the Senate Energy and Natural Resources Committee. The Senate Committee on Energy and Natural Resources has a long history of strong bipartisan leadership and has served as an example for how the Senate can work when partisanship is not at the forefront. Senator Barrasso and I both come from states that are blessed with a wide array of natural resources, and I know that will serve as a basis for us to work together in the 117th Congress.”

Manchin broke with Senate Democrats by voting for Trump appointees. He voted for EPA Administrators Pruitt and Wheeler, Interior Secretaries Zinke and Bernhardt, Energy Secterates Perry and Brouillette, among many.

Throughout Trump’s tenure, Manchin voted about 50.4% in line with President Trump—tied with Senator Kyrsten Sinema (D-AZ).

Now in an evenly split Senate, he could side with Republicans here often.

In a recent interview with E&E News, Senator Manchin outlined his views and committee priorities—signaling he won’t vote to eliminate traditional energy sources.

He could find himself at odds with incoming Senate Majority Leader Chuck Schumer (D-NY), who wrote a Dear Colleague letter promising “bold legislation to defeat the climate crisis by investing in clean infrastructure and manufacturing."

Will he support the Green New Deal? Highly doubtful. He voted against the resolution in March 2019, saying, “While I appreciate the renewed conversation around climate change that the Green New Deal and its supporters have sparked, I think we need to focus on real solutions that recognize the role fossil fuels will continue to play.”

Manchin also applauded our exit from the Paris Climate Accords in 2017.

On fracking bans, Manchin said, “I think [a fracking ban] would be detrimental to her [Deb Haaland] or anyone else who says you are just going to eliminate something. I'll say this, we can innovate it. But to just say eliminating things because you don't like it or don't think it can be done, that's not the American way and it's not the American spirit.”

“Renewable energy sources and energy storage play growing and crucial roles in the energy sector....The common denominator between all of these clean energy technologies is a handful of minerals that either occur in limited abundance or only in certain countries around the world,” Manchin said in 2019.

Senator Manchin (D-WV) will be someone to watch on Capitol Hill.

Although he has an independent streak and previously opposed extreme environmental measures, should he deviate, remember—he’s a Democrat first. He sadly demonstrated this in the past.

But given past statements on the Paris Accords, Green New Deal, mining, and his good working relationships with Republicans, we can expect him to somewhat oppose extremism on these issues.

Get ready. Time to lobby Manchin and win him over.