Meet the Warrior-Scholar Poised to Challenge Mark Warner This Fall

Gabriella Hoffman
|
Posted: Jun 12, 2020 12:01 AM
Share   Tweet
The opinions expressed by columnists are their own and do not necessarily represent the views of Townhall.com. 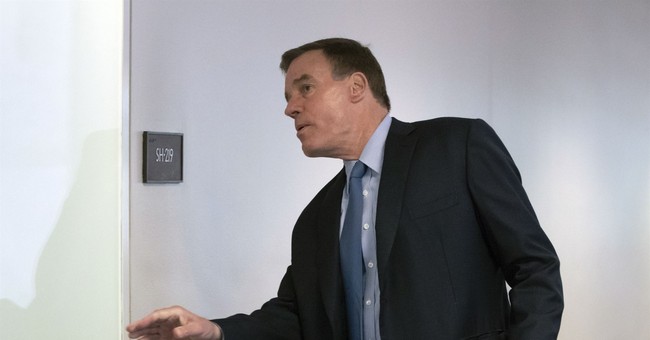 In 2014, he barely cruised to re-election by under a percentage point against Republican challenger Ed Gillespie—a race that stunned political observers everywhere. Now, the self-described “radical centrist” and senior Virginia senator is banking on his political transformation to secure a third term.

Warner’s seat is listed as “Solid Democratic” by Cook Political Report and “Safe Democratic” by Larry Sabato’s Crystal Ball. But he must answer for voting 84 percent of the time with Minority Leader Senator Chuck Schumer (D-N.Y.) and why he, previously the wealthiest U.S. Senator, believes capitalism doesn’t work anymore.

Warner, however, does appear to have a serious challenger in retired U.S. Army Lieutenant Colonel Daniel Gade. Gade is one of three listed Republican candidates voters can choose from on June 23rd, Virginia’s rescheduled Primary Day.

I recently visited the first-time candidate at his Mount Vernon-area home to learn about the campaign and his strategy to take Mark Warner head-on.

A First-Time Candidate Ready for a Challenge

Gade, a former Trump administration political appointee and current professor at American University’s School of Public Affairs, admits winning will be an uphill battle given Warner’s fundraising advantage and name recognition. But he is not deterred.

The first-time candidate is expected to prevail on June 23rd. Beyond that, recent Republican gains in local elections and Richmond’s overreach on guns, for example, leave him feeling encouraged about his prospects against the incumbent come fall.

Like many Northern Virginia residents, the North Dakota native is a transplant to the Commonwealth of Virginia yet he said it’s been fairly easy connecting with voters here. He may reside in Fairfax County, he said, but his heart is in Shenandoah Valley.

He told me Virginia voters, regardless of party, want a candidate who’ll get the government off their backs.

I then asked him about current events, specifically recent protests in the wake of George Floyd’s death and discussions about policing reforms.

Gade said calls to defund the police are ridiculous and added Senator Warner should immediately condemn a field staffer of his who claimed “cops are never fair.” He’s also open to reforming qualified immunity and police unions.

Gade told me his top issues include discouraging insider trading, reining in the regulatory state, and modernizing the War Powers Act of 1973, which has been historically abused by the executive branch.

“War should be hard to go to,” Gade said. “It shouldn’t be easy. And if we’re going to go, we should go whole-hog. We should go in there. There are people in the world who are bad people who need to be killed. I’ve killed some of them. I don’t have any problem doing that. I do have a problem with us not being committed. You can’t sit on the fence with war. You go or you don’t go. Half-way measures don’t work.”

The candidate also supports gun rights, the right-to-life, and is passionate about helping his fellow veterans. His website lists support for free-market policies, a strong national defense, and limited government principles.

I also asked Gade about the elephant in the room: how Republican candidates can be viable again here in Virginia given the state’s leftward shift in recent years.

The task may be challenging, he said, but it’s not impossible.

His plan is to reach and appeal to both avowed Trump supporters and non-supporters who’ve soured on Senator Warner— a challenge for recent failed senatorial contenders here.

In past successful statewide contests here, Republican candidates who clinched about 45 percent of the vote in Northern Virginia counties, on top of overperforming elsewhere, went on to win. This worked for former Governor Bob McDonnell, the last Republican to serve in the Executive Mansion before leaving office in 2013. McDonnell, Gade said, is an informal advisor and supporter of his campaign.

Gade said his message of “unity” can bring together divided Virginia Republicans and equally attract independents and disaffected Democrats.

Can a political shakeup rock Virginia, despite Democrats being favored here? Time will tell. The current environment could be ripe for the picking.