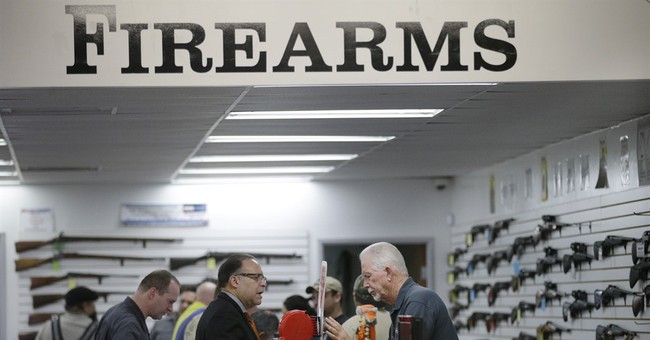 In wake of the San Bernardino terrorist attack and similar shooting tragedies, the insurmountable calls for gun control in the U.S. are astounding but not surprising. Those who fail to remember history are doomed to repeat it, especially if gun control policies seen in the 20th century are overlooked.

The elites in media and government have made the full elimination of firearms from society their cause célèbre with euphemisms like “gun control” and “gun safety.”

Following the San Bernardino attack, President Obama called for immediate executive action to expand background checks on gun sales. U.S. Attorney General Loretta Lynch soon echoed his call for gun control by calling the San Bernardino terror attack a “wonderful” occasion to advance the policy. She said, “We’re at the point where these issues have come together really like never before in law enforcement thought and in our nation’s history and it gives us a wonderful opportunity and a wonderful moment to really make significant change.”

If history serves us right, Americans should be skeptical of government usurping its power to curb gun rights.

Since at least 1965, the false assertion that the United States has the industrialized world’s highest murder rate has been an artifact of politically motivated Soviet minimization designed to hide the true homicide rates. Since well before that date, the Soviet Union possessed extremely stringent gun controls that were effectuated by a police state apparatus providing stringent enforcement. So successful was that regime that few Russian Civilians now have firearms and very few murders involve them.

In countries and states marked by strict gun control laws, there is a noticeable increase in reported crime. What explains high levels of crime in Chicago, New York City, Boston, and Los Angeles, for example? It’s certainly not so-called anthropogenic “climate change” inspiring bad people to inflict harm onto others in these cities, as our detractors claim.  It’s the result of  big government policies—including gun control—that invite criminals to wreak havoc on society. As a result, cities and states dominated by gun control policies sadly suffer the brunt of crime in this country. Why else have people fled these states and cities for more gun-friendly places in the South, Mid-Atlantic, and Midwest?

Much to the chagrin of gun grabbers—who interestingly enough lack basic understanding of or personal experience handling firearms—more Americans are buying firearms and getting their concealed handgun permits (CHP). Americans want to take more measures into their own hands, and are receiving encouragement from law enforcement to do so.

On Black Friday, a total of 185,345 applicants for gun purchases were processed through the Federal Bureau of Investigation’s (FBI) Instant Criminal Background Check System. This system determines whether or not an individual is eligible to purchase a firearm. Even non-gun friendly states like California witnessed a surge in firearms purchases.

There is a corresponding surge in gun sales and concealed carry applications despite more calls for gun control. Individuals even residing in big cities are looking for ways to protect themselves in light of recent calls for more gun control. Many members of law enforcement are encouraging their constituents to conceal carry if permitted to help them better offset crime.

Moreover, a recent New York Times poll supports these findings as a majority of Americans now oppose an assault weapons ban, with 44 percent of those polled in favor of it and 50 percent of those polled not in favor of it. A majority of Americans realize the removal of firearms from society or restrictions placed on their use will have ruinous effects that could amount to tyranny witnessed in the last century.

Imagine this: criminals are committing these heinous attacks, yet opponents of gun rights are blaming objects or people unrelated to these criminals for their crimes? Automobiles kill more people than firearms each year—where are the calls from these alarmists for “car control”? How about “knife control”? We should remain skeptical of lectures on gun safety from elites in entertainment, in government, and in media who are guarded 24/7 by their own armed security detail.

Gun control has a proven track record of inflicting harm and misery onto those who are subjected to it. This policy, along with other statist policies, were instruments of control used to terrorize and shut up individuals critical of tyrannical regimes. It would be tragic to see these policies play out here and in this century.

Spanish essayist George Santayana’s famous warning still rings true today: “Those who do not remember the past are condemned to repeat it.” Gun control policies devastated many countries abroad in the 20th century. My family and millions of other families who lived behind the Iron Curtain saw firsthand what gun control coupled with big government policies does: it brings about the equitable sharing of misery, despair, pain, and even death. We should learn from history and continue to err on the side of freedom by protecting and preserving the Second Amendment.